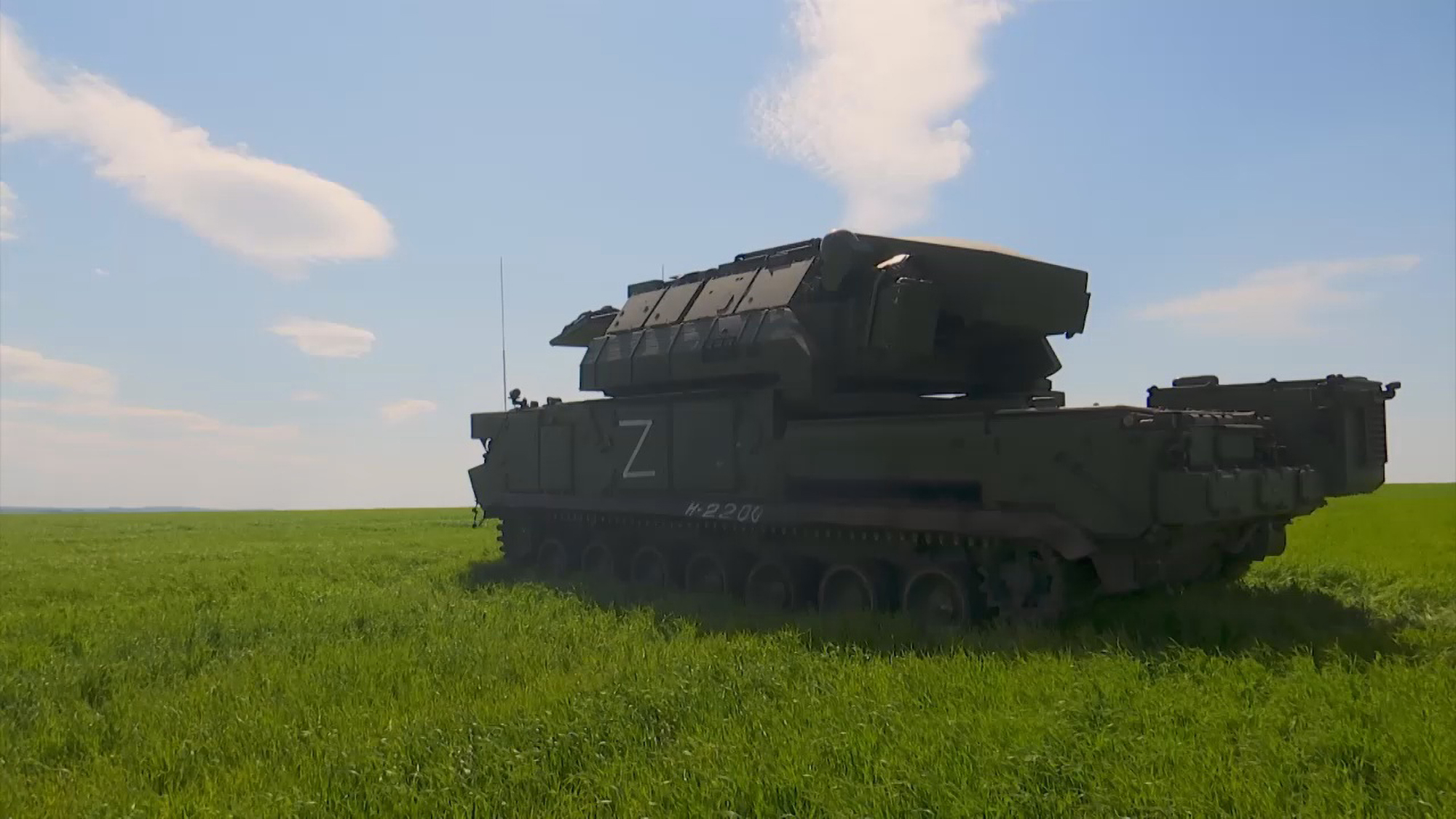 This is the moment Russian troops use the mighty Tor-M2U missile system to blast a Ukrainian target.

The Russian MoD said on 18th May: “Personnel of the combat crews of the ‘Tor-M2U’ tactical anti-aircraft missile systems performed tasks during the special military operation.

“The air defence system knows every ‘air enemy’ by sight, including planes, helicopters, cruise and ballistic missiles, as well as unmanned aerial vehicles.

“SAMs (surface-to-air missiles) can hit almost all types of aircraft within their range of altitude.”

In related news, the Russian MoD says 959 Ukrainian fighters from the Azovstal metallurgical plant have been taken to Russian-controlled territory since Monday.

And UK Prime Minister Boris Johnson has hailed a “historic day” after Finland and Sweden officially applied to join NATO.

Though most of the existing NATO nations have welcomed their applications, Turkey is currently opposing them.

This is because Turkish President Recep Tayyip Erdogan accuses Helsinki and Stockholm of harboring Kurdish militants he considers “terrorists”.