VIDEO: Just The Ticket: Grandad Discovered He Will Be Watching His Beloved Rangers In Europa League Final

Robert Bruce, 69, has been a lifelong fan of the Gers, so his family decided to surprise him with tickets for the game.
By Simona Kitanovska May 20, 2022
Facebook
Twitter
Linkedin
Email 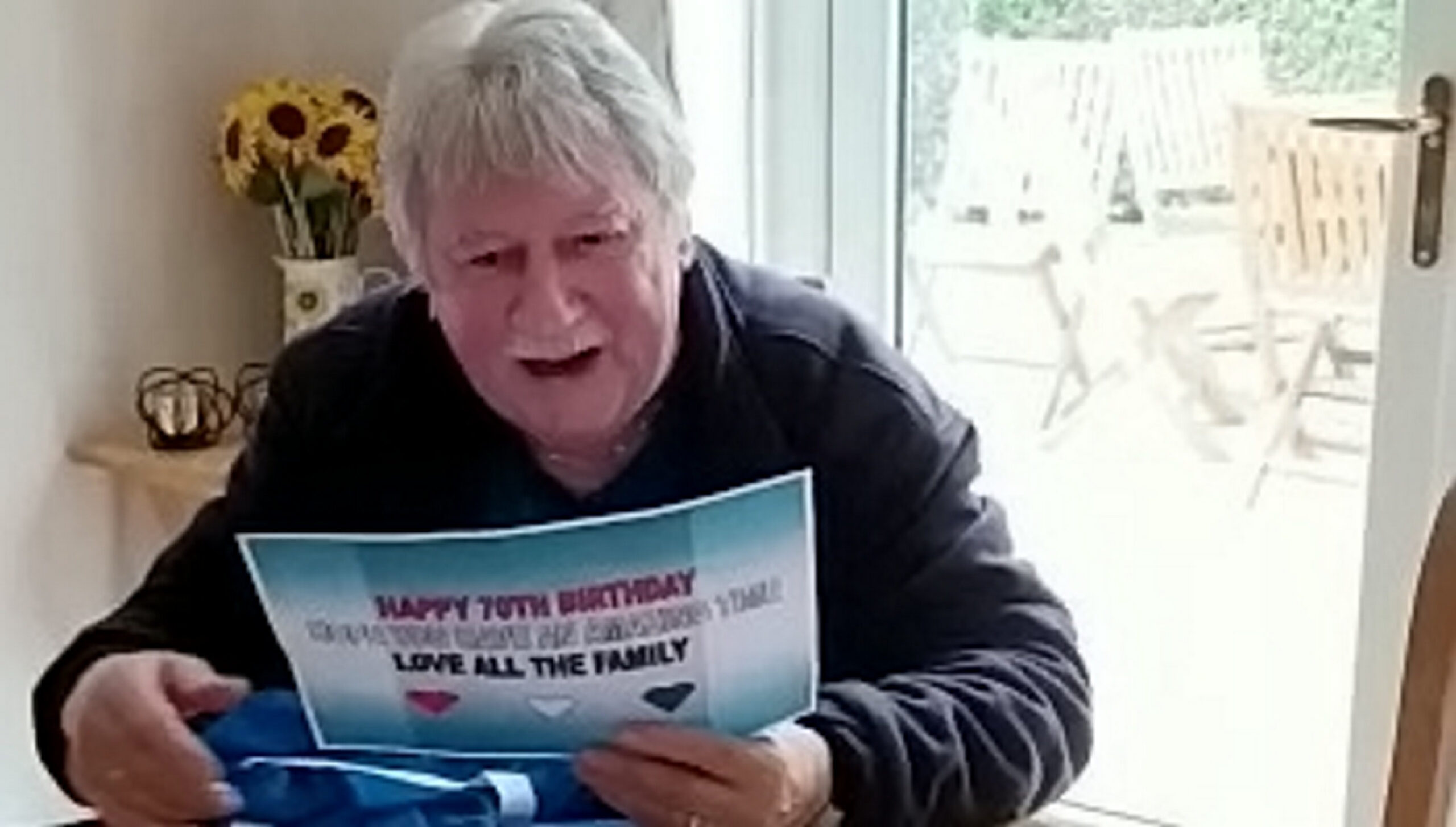 This is the moment a grandad discovered he will be watching his beloved Rangers in the Europa League Final - after his son surprised him with tickets. (Amy Reast/Zenger)

This is the moment a grandad discovered he will be watching his beloved Rangers in the Europa League Final – after his son surprised him with tickets.

Robert Bruce, 69, has been a lifelong fan of the Gers and was desperate to travel to see them play against Eintracht Frankfurt in Seville tomorrow (18/5).

So his family, from Stranraer, Scotland, decided to surprise him with tickets for the game – and his reaction is heartwarming.

Robert’s son, also called Robert Bruce, 40, had the idea to conceal the tickets within a Rangers football shirt – meaning his father didn’t spot them at first.

The video, filmed on May 13, shows the moment retiree Robert Sr eventually noticed a birthday card tucked inside had tickets on the back – and couldn’t believe it.

The grandad-of-four, sat next to wife Annie Bruce, 67, giggles before dropping his head and banging his fist on the table in excitement and shock.

Robert Sr exclaims “I can’t believe it!” before laughing and wiping his eyes as he gets a little emotional at the wonderful surprise.

Forklift driver Robert Jr said: “Dad has supported Rangers all his life, and he turns 70 next month so we wanted to surprise him.

“He doesn’t like being the center of attention because he’s a little old-fashioned, but he was totally speechless and quite emotional.

“We could all see his face change as he realized what he had in his hands. When he realized, he was overwhelmed and on cloud nine.”

This is the Rangers’ first European final since 2008, when they were defeated by Zenit St Petersburg.

The super fans’ joy was marred by fan behavior elsewhere after violence broke out in the streets of Seville ahead of Wednesday night’s Europa League final, with clashes between rival fans of Eintracht Frankfurt and Rangers.

An estimated 150,000 fans turned up in the Andalusian capital for the highly anticipated final, even though the two sets of fans have only been allocated a combined total of 20,000 tickets.

Five Eintracht Frankfurt ultras were arrested on Tuesday night after a group of 200 Germans attacked Rangers supporters in the city.

It was reminiscent of scenes in the Spanish city two months ago when a group of Frankfurt hooligans attacked supporters of West Ham – the two clubs were playing in Seville that week.