VIDEO: Feline Grouchy: Sigrid The Hissing Cat Warns People And Dogs To Keep Their Paws Off 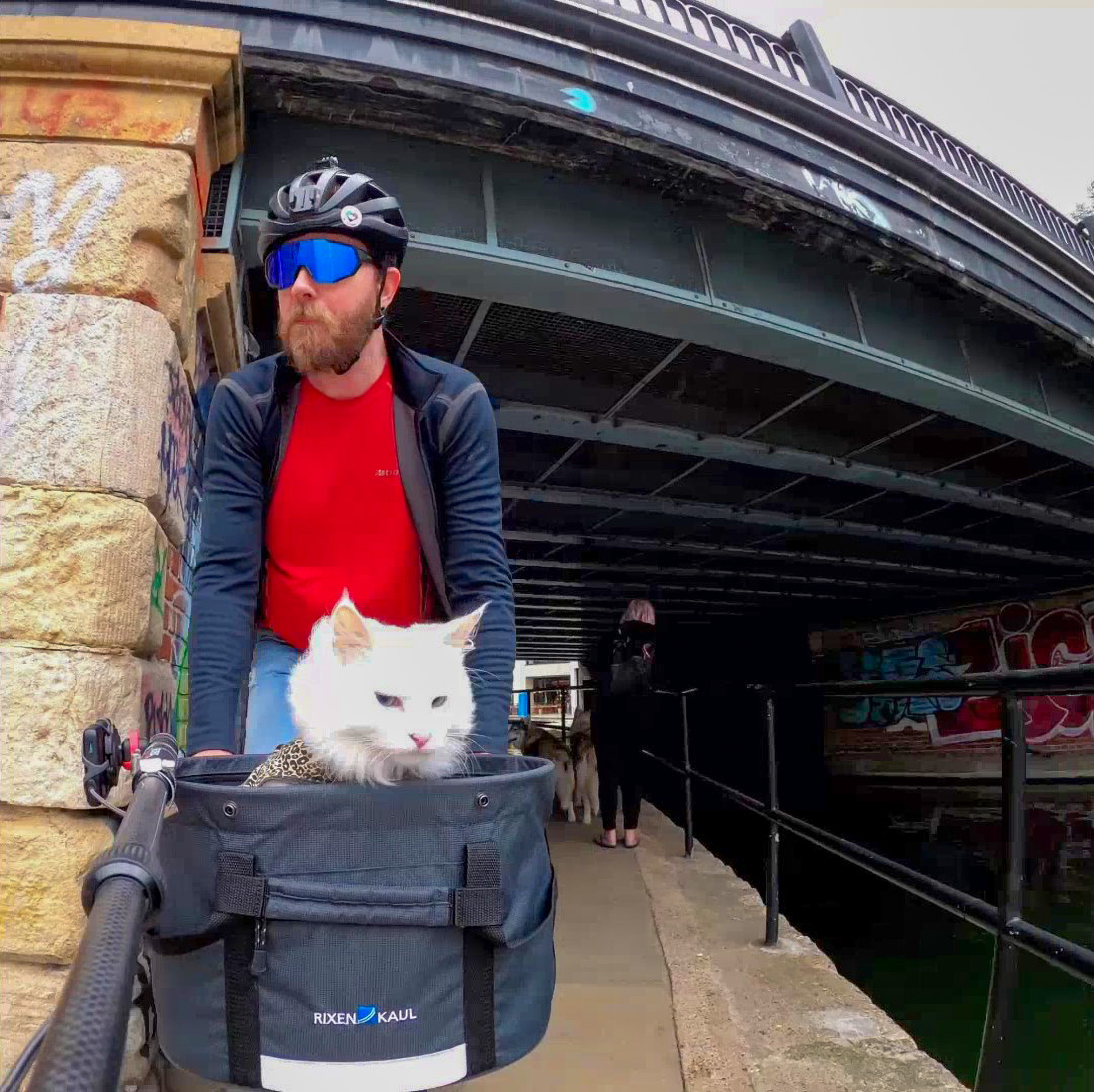 Travis Nelson and his cat Sigrid riding the bike around London. (@skintension/Zenger)

Who needs a bike lock when you have a cat in a basket that likes to warn people – and dogs – to keep their distance.

The cat named Sigrid is owned by American cyclist Travis Nelson, 46, who is originally from San Francisco and currently living in London.

In the video, Sigrid can be seen enjoying the ride in her basket, as she apparently warns the passers-by to keep their distance, making exceptions only for some people allowing them to pet her.

Travis, who had worked as a director of a software engineering company, is now mainly driving around with Sigrid and has come to the point where it is becoming his almost full-time occupation. Sigrid has become so popular that people now recognize her on the street.

He told Zenger News: “Sigrid just turned 5 years old. I got her from a breeder in Los Angeles as a kitten.”

He has always been a keen cyclist as well and it was a logical extension to start taking her along in the basket, and when he discovered that she was so popular, he decided to use that to support active travel causes.

He said: “She’s always gone on adventures with me, even as a kitten – we’d go to the beach in San Francisco, on picnics in the park, down to the store to pick up a few things and so on.

“After I was made redundant during the initial COVID outbreak I started riding my bike a lot and it seemed natural to take her along.”

He said there are usually 2 to 3 rides a week and he reckons that riding the bike is probably her favorite thing, possibly only slightly less popular than “chasing squirrels and fighting dogs”.

The only disadvantage to their trips is her popularity because people keep wanting to stop so that they can meet Sigrid, despite the clear warnings for them to stay away.

As can be seen in the video, Sigrid’s apparent bad temper does not appear often enough to also include biting or scratching.