The unusual scenes were filmed in the Italian capital of Rome on the night of the May 10.
By Lee Bullen May 20, 2022
Facebook
Twitter
Linkedin
Email 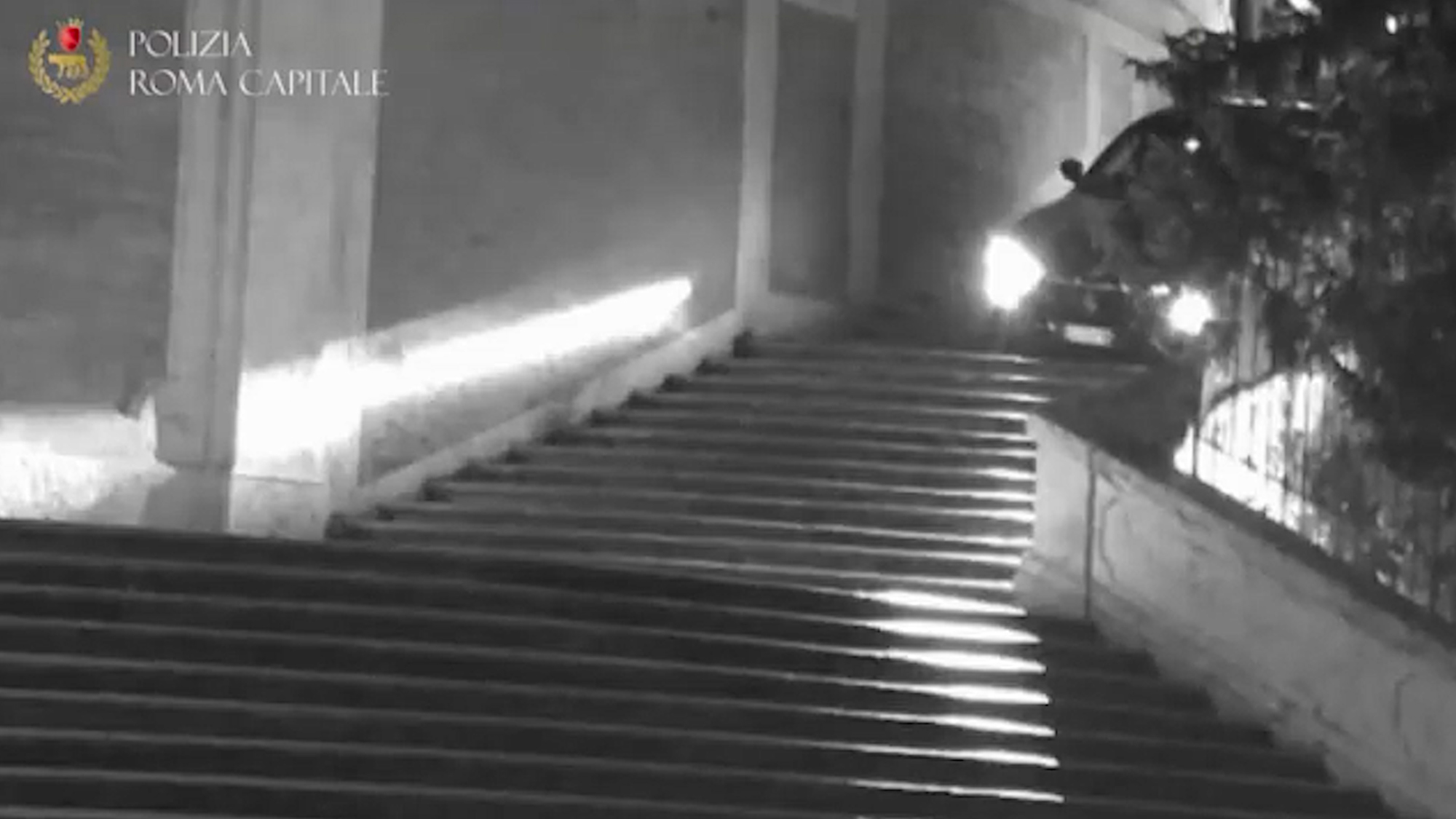 A 37-year-old man driving a Maserati down the Spanish Steps in Rome, Italy, on the night between May 10 and May 11. (Polizia Roma Capitale/Zenger).

This is the movie-like moment a Saudi tourist drives down Rome’s iconic Spanish Steps in a rented Maserati.

The unusual scenes were filmed in the Italian capital of Rome on the night of the May 10.

In the footage, the tourist apparently lost and confused, is seen driving down the Spanish Steps like a scene from a James Bond movie.

He then comes to a stop halfway down the 135 steps before getting out of the rented Maserati with a torch to take a better look at his surroundings.

After the incident, the confused man took his Maserati out of the stairs and fled the scene.

According to reports, the 37-year-old Saudi man rented the car in Milan and later traveled to the Italian capital.

The man was reportedly on his way home with a Romanian woman, 30, he met in a nightclub when he made the illegal maneuver.

While lost in Rome, the driver ended up driving down the Spanish Steps and caused material damage to the monument, built in Rococo style between 1723 and 1726.

The driver tried to reverse back up the steps but it was impossible.

He then called a tow truck, but managed to get the car back onto the road with the help of some random civilians.

He then left the scene with the woman after several attempts.

He was collared by the police after returning the car to Milan Malpensa Airport a few days later.

With the video footage the police were able to identify the car and wait for him at the car dealership at the airport,

The luxurious car also suffered some damage from the steps, which helped the police identify it when the man brought it to the rental.

He now faces charges of causing damage to cultural and historical assets, according to local media.

The man will also have to pay a fine for the repair of the steps and the car.

He is quoted as telling Italian cops: “I made a wrong turn.”

He also said he didn’t think the incident was “so serious” but added that he was “ready to face his responsibilities”.

A similar incident took place in 2011 when a 24-year-old Colombian man drove down the Spanish Steps and caused damage to six steps.

At the time, he ended up asking other tourists for help after his vehicle got stuck on the steps.

The Spanish Steps connect the Piazza di Spagna at the base and Piazza Trinita dei Monti at the top.