Over a decade later, the now-abandoned playhouse acts as a chill out space for the family with a sofa bed, cushions and TV.
By Simona Kitanovska May 20, 2022
Facebook
Twitter
Linkedin
Email 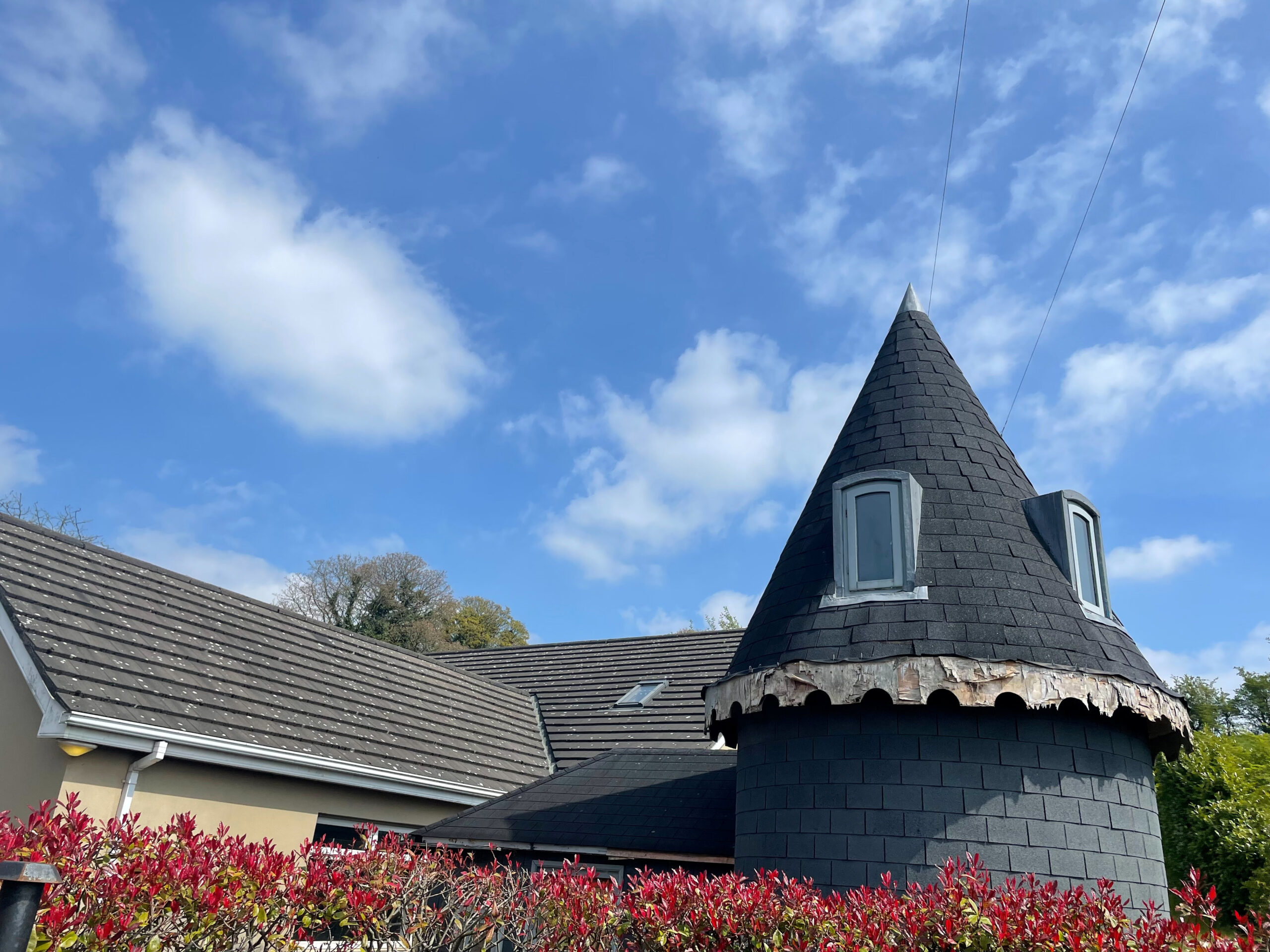 A Harry Potter superfan who begged her dad to build her own Hogwarts when she was nine still has the castle in the garden - 14 years later. (Fiona Jackson/Zenger)

A Harry Potter superfan who begged her dad to build her her own Hogwarts when she was nine still has the castle in the garden – 14 years later.

Megan Mackin, 23, reread the books about the boy wizard over and over again as a child and was desperate for her own piece of the magic.

Her dad Sean Mackin, 54, spent a whole year recreating the iconic wizarding school in their garden in Belfast, Northern Ireland – complete with a two-floor tower.

“I drew a tower and a square coming off it and showed it to my dad, and he made it work!” said Megan

Over a decade later, the now-abandoned playhouse acts as a chill out space for the family with a sofa bed, cushions and TV.

Despite blocking sunlight from the kitchen, Megan doesn’t think the castle will ever be dismantled.

She said: “It’s actually kind of funny too, because you can see it from the street – the tower roof kind of pokes out over our sun room.

“Plus it’s a castle in your own garden, even now it’s kind of amazing!” 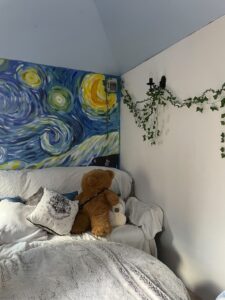 A Harry Potter superfan who begged her dad to build her own Hogwarts when she was nine still has the castle in the garden – 14 years later. (Fiona Jackson/Zenger)

“I just really want to do a fun project before I graduate and there’s nothing like renovating a castle playhouse!” she said

Megan was an avid bookworm as a child, and was obsessed with all things Enid Blyton and Lemony Snicket before a friend recommended her the Harry Potter series.

She said: “I was about seven or eight at the time, it started there.

“I read all the books that were released at the time – it just became the one series I would read over and over again until I was at least 14.”

The architecture student became a superfan, collecting a Gryffindor cloak and tie, Harry Potter wand, Hogwarts train tickets and of course all the books and DVDs of the films.

She took her paperbacks everywhere with her and reread them over and over again, and even dressed up as Hermione for Halloween.

Megan said: “There’s a photo somewhere of me as a wee child, maybe at ten years old, reading the Half-Blood Prince and it’s just kind of funny because it’s a huge book and I look so small.

“I would even try and bring the entire series on holiday to read again, probably took up half the luggage space!

“My paperbacks are so worn down from reading and the spine is all wrinkled too from use.”

In 2009, when she was nine, she begged her father to build her her very own Hogwarts in their back garden.

“As a child, my imagination was definitely a bit wild so I guess there were no limits to what I thought could be done,” she recalled.

“My dad had previously built my sister and I a playhouse when we were two and five so it didn’t seem out of the realm of possibility, but we didn’t think it would be as big as it ended up being. “

Sean, who works in construction, spent the best part of a year building Megan and her sister the playhouse in his free time.

He used timber studs and curved laminated plywood to create the structure, insulated it with foil, and then covered it in roof tiles to emulate the effect of old stones.

The dad used equipment and materials from his work to keep the costs down, and his colleagues were always on hand to lend an idea if needed a bit of inspiration.

The final structure had a two-storey tower for the kids to play in. 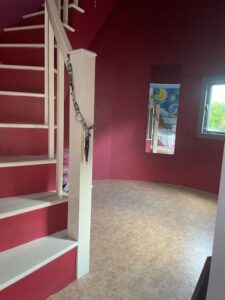 A Harry Potter superfan who begged her dad to build her own Hogwarts when she was nine still has the castle in the garden – 14 years later. (Fiona Jackson/Zenger)

Megan said: “I was just speechless.

“I had seen the first stages of it being built, so the flooring and the rectangle part of it because it’s just outside our kitchen window.

“But for the summer that year I went to visit my mum’s extended family, and when I came back, the tower was up and all that was missing was a few bits and pieces.”

Megan played in her private Hogwarts every day for years, storing her toys in there and watching Disney films on her own TV.

She said: “The top tower room was great too because you can look out over the countryside and next door’s field would also have a cow or sheep in it.

“We had bean bags and all in it and a relative even gave us a sofa bed they were going to throw out.”

When she started her GCSEs, bar a few sleepovers, the Queen’s University Belfast student started to lose interest in her castle.

The toys have now all been cleared out, and now only contains a sofa bed some DVDs and blankets and pillows.

During the lockdown Megan was living at home while doing a placement, she would venture out to the den to watch TV or play on her Nintendo Switch as a nice escape.

And the family never plan on taking it down.

Megan said: “I think it was just kind of such an unreal type thing to have in your garden, they just left it up.

“It definitely blocks light getting in the kitchen but I think they would have taken it down years ago if that was a bother.

“My dad also thought that it would have fallen apart long ago because it wasn’t built to last – there was no weather-proofing and no water-proofing along the windows – so it’s kind of a feat that it is still up almost twelve years later!

“I am hopefully going to redo the inside and fix the outside whilst on my summer break off uni.

“I’m hoping to do some fun things on the interior because there is potential in the tower rooms. “