The Russian Ministry of Defense (MoD) said the attack took place near the village of Vishnevoe.
By Lee Bullen May 20, 2022
Facebook
Twitter
Linkedin
Email 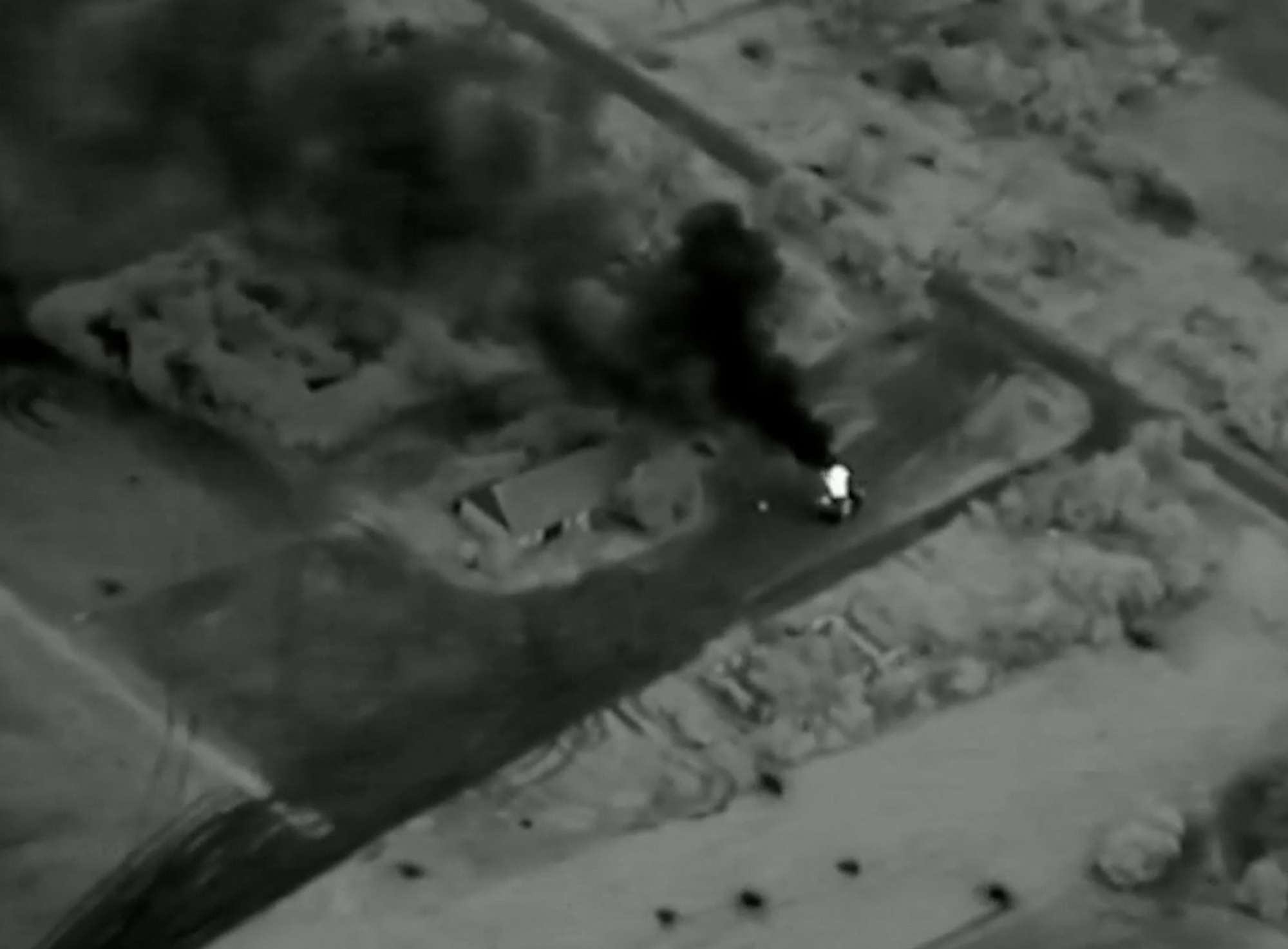 Russian servicemen in the Zaporizhia direction stopped an attempted counterattack by Ukrainian armed formations in May 2022. (Ministry of Defense of Russia/Zenger).

This is the moment Russian troops destroy two battalions of Ukrainian armored vehicles preparing to launch an attack.

The Russian Ministry of Defense (MoD) said the attack took place near the village of Vishnevoe in the south-eastern Ukrainian region of Zaporizhzhia Oblast.

The Russian military said: “On May 14, 2022, Russian servicemen in the Zaporizhzhia region stopped an attempted counterattack by Ukrainian armed formations.”

The MoD said Russian troops destroyed two mechanized battalions of tanks and infantry fighting vehicles with artillery fire and drones as well as incoming fire from tanks and armored vehicles.

As a result of the attack, the Russian MoD claimed they destroyed 26 Ukrainian tanks, 12 infantry fighting vehicles, and killed around 100 soldiers.

The Russian military also said that the attack was launched thanks to the work of reconnaissance troops using drones.

Russian troops invaded Ukraine on February 24 in what the Kremlin is still calling a “special military operation”. May 19 marks the 84th day of the campaign.

From February 24 to May 18, the total combat losses of Russian troops stand at around 28,300 personnel, according to the General Staff of the Armed Forces of Ukraine.

In related news, the Russian MoD says 959 Ukrainian fighters from the Azovstal metallurgical plant have been taken to Russian-controlled territory since Monday, May 16.