Time Heals: Suppression Of Negative Memories Weakens Them When We Try To Remember

Many people have made negative experiences in their lives that they would prefer not to remember.
By Darko Manevski May 20, 2022
Facebook
Twitter
Linkedin
Email 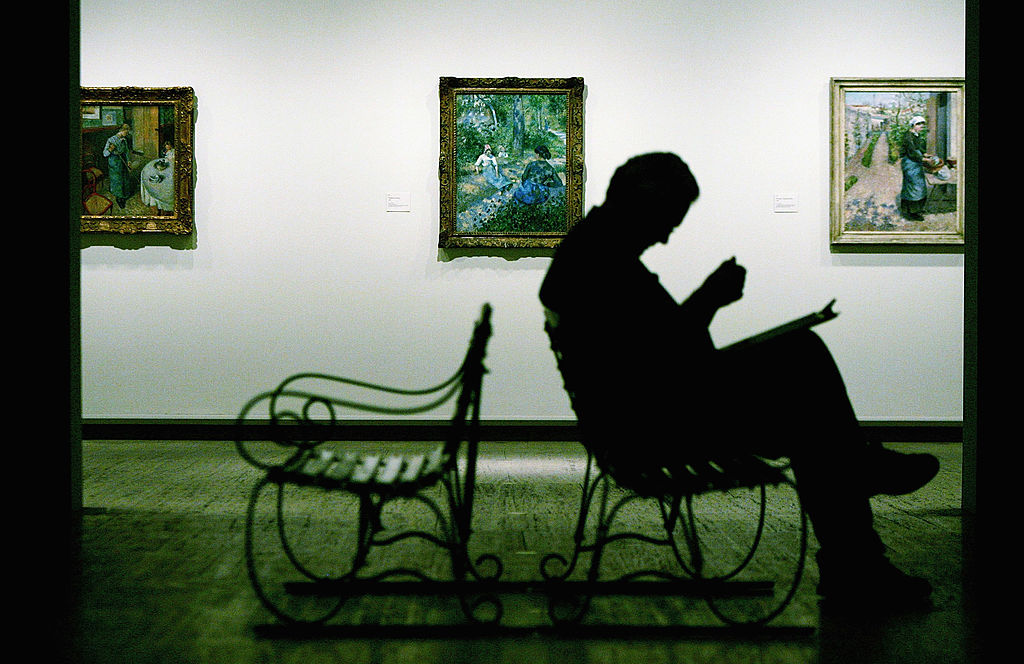 A visitor to the Art Gallery of New South Wales looks at paintings by Camille Pissarro November 18, 2005 in Sydney, Australia. (Photo by Ian Waldie/Getty Images)

Memories of traumatic experiences like natural disasters, a dented car, or an injured person, can be controlled by deliberately suppressing the images but until now, it was unclear how this works.

But a team that has been looking at what happens to the memory in the process and how the process is reflected in the brain believe they may have found an answer.

Many people have made negative experiences in their lives that they would prefer not to remember. However, there are sometimes moments when the events come back to life. Often, such unwanted memories are triggered by actually quite harmless objects that were also present during the original experience: The rubber boot that reminds us of the flood; the shoe for the car accident; the teddy bear of the injured child. However, earlier studies had found that if a person actively pushes the emerging images out of their consciousness, the associated scenes become more difficult to remember afterwards. They are forgotten. Until now, however, it was unclear what happens to the stored scenes – did they actually fade away? And how can this forgetting be observed in the brain?

Scientists at the Max Planck Institute for Human Cognitive and Brain Sciences (MPI CBS) have now even confirmed that the memories of the experiences fade and their traces in the brain are less strongly reactivated when we try to remember them.

“If you actively suppress a memory and then try to recall it again, the images appear less vividly than before,” Ann-Kristin Meyer, a doctoral student at MPI CBS, explains the results of the study, now published in the journal eLife. According to the study, the participants saw the images less clearly in their inner eye. Sometimes they even disappeared completely.

“We also observed that this fading of a memory is accompanied by a lower reactivation of the memory trace in the brain.”

That is, the specific brain activity that had occurred during the original experience changed, making it more difficult to recall the images. Moreover, the memory traces seemed to become particularly weakened in those people, who were particularly good at suppressing the memories.

From earlier studies, the scientists already knew what happens in the brain during suppression. The prefrontal cortex, a brain structure behind the forehead, inhibits the activity of the hippocampus. The hippocampus is a structure in deeper brain regions that ensures that a memory trace gets reactivated. The current results suggest that this inhibition leads to a persistent and long-term weakening of the memory trace.

“Forgetting has a largely bad reputation,” says Roland Benoit, study leader and head of the Adaptive Memory Research Group at MPI CBS. “However, active forgetting may be a helpful mechanism to prevent memories of bad experiences from constantly intruding into our awareness.” By controlling our thoughts, we can weaken our memories and possibly erase their neural traces in the brain, he said.

It is not yet clear why some people are better at actively forgetting than others. However, it is particularly difficult for those with depression or post-traumatic stress disorder. Future studies should now determine whether, and how, deliberate forgetting contributes to mental health.

The scientists investigated such forgetting in a three-step procedure. In a first step, the participants learned to associate pictures of negative experiences with a neutral object, such as a flood disaster with a rubber boot, a car accident with a lost shoe, an injured person with a teddy bear. Specifically, they saw the scenes with the respective objects several times. Eventually, the boot, trainer, and teddy bear began to automatically evoke the bad images. The scientists then measured brain activity using magnetic resonance imaging (MRI), while the participants recalled the scenes with the help of the objects.

In a second step, the people were only shown the objects. In some cases, they were asked to recall the scene. In other cases, they were asked to suppress any thoughts of the scene. In the last step, they were again shown all the objects, one after the other, and tried to remember each respective scene. This allowed the research team to check whether the avoided memories had actually faded. Critically, it also enabled them to compare the pattern of brain activity before and after suppression. In another series of measurements, the researchers had recorded the typical pattern of activity that occurs in the brain during the experience of distressing images.

They then used this typical pattern as a template to gauge the reactivation of the individual memories.