Recent research published earlier this month on MPs found that Nigeria is not isolated in its problems with MPs.
By Darko Manevski May 20, 2022
Facebook
Twitter
Linkedin
Email 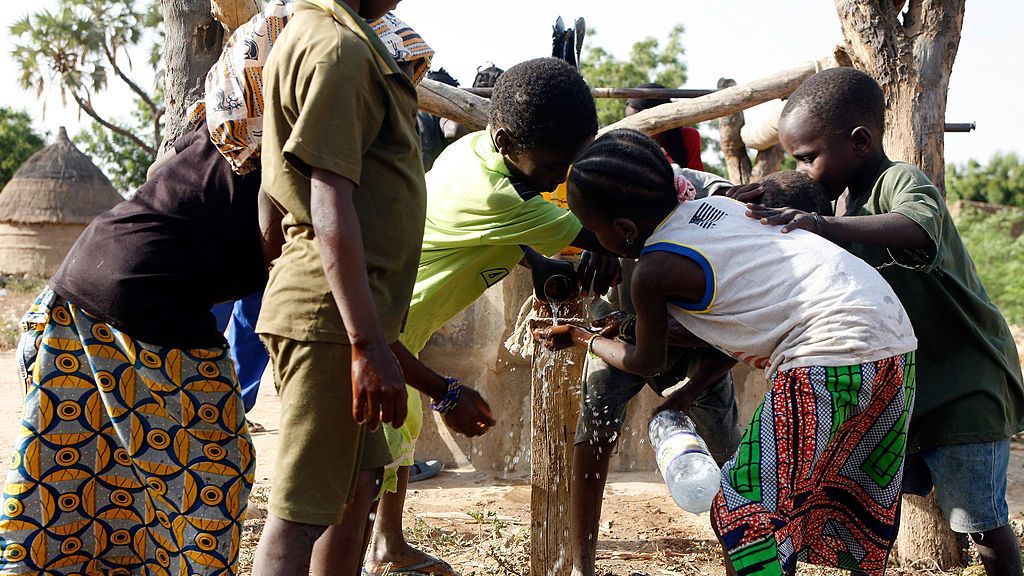 Only 42% of Nigerians have access to drinking water. (Photo by Pascal Parrot/Getty Images)

Nigerian drinking water is massively affected by microplastics according to new research.

In Nigeria, about 90% of water available for drinking is sourced from boreholes, or deep, narrow wells that tap into naturally occurring underground water.

But the recent study in Environmental Toxicology & Chemistry found that microplastics (MPs) are abundant in the drinking water of these boreholes.

These MPs—fragments of any type of plastic less than 5 mm in length—were found in borehole water and sediments at all 11 locations investigated in Lagos Island, Nigeria.

“The rate of degradation of these polymers is exceedingly low (depending on the environmental conditions and MP type), which will result in the increased accumulation of these MPs in the borehole drinking water with time,” the authors wrote.

“The risks associated with MPs are predominantly caused by the combination of these materials’ persistence and their potential accumulation in food chains.”

Recent research published earlier this month on MPs found that Nigeria is not isolated in its problems with MPs.

Farmlands across Europe are also affected and a Cardiff University study found these are potentially the biggest global reservoir of microplastics due to the high concentrations found in fertilizers derived from sewage sludge.

Scientists from Cardiff University estimate that between 31,000 and 42,000 tonnes of microplastics (or 86 – 710 trillion microplastic particles) are applied to European soils annually, mirroring the concentration of microplastics found in ocean surface waters.

In a study published in the journal Environmental Pollution, the team estimates that microplastics removed from raw sewage at wastewater treatment plants go on to make up roughly 1% of the weight of sewage sludge, which is commonly used as a fertilizer on farms across Europe.

The UK was shown to potentially have the highest amount of microplastic contamination in its soils, with 500 – 1000 microplastic particles per square meter of agricultural land applied per year, followed by Spain, Portugal and Germany.

Sewage sludge is commonly used on agricultural land as a sustainable and renewable source of fertilizer throughout European countries, in part due to EU directives that promote the diverting of sewage sludge away from landfills and incineration and towards energy production and agriculture.

Microplastics spread onto farmland will eventually be transported back into the natural watercourse by means of surface water run-off or infiltration to groundwater.

“Our research questions whether microplastics are in fact being removed at wastewater treatment plants at all, or are effectively being shifted around the environment,” said lead author of the study James Lofty, from Cardiff University’s School of Engineering.

“A clear lack of strategy from water companies to manage microplastics in sewage sludge means these contaminants are transported back into the soil and will eventually return to the aquatic environment.”

The study was led by Cardiff University and included academics from the University of Manchester.