The money belonged to a 62-year-old from nearby Sauerlach who had put it in an envelope that he stored in his briefcase.
By Thomas Hochwarter May 20, 2022
Facebook
Twitter
Linkedin
Email 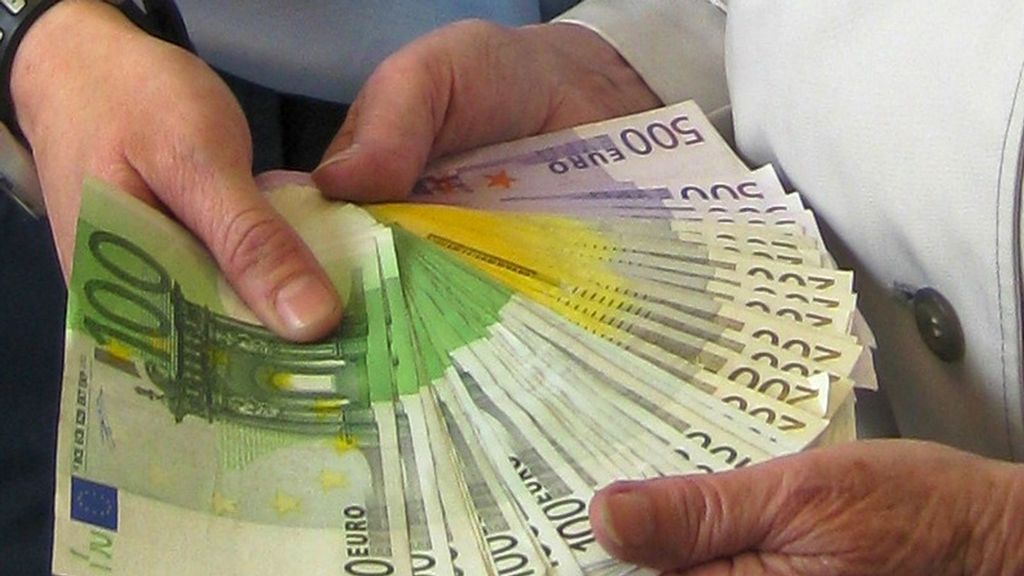 The EUR 14,900 (GBP 12,638) which were returned to the 62-year-old owner, after he forgot them in a briefcase at the Furth Hauptbahnhof railway station located in the German state of Bavaria on 2nd May. (Bundespolizeidirektion Munchen/Zenger)

Six teenagers have been reprimanded for splashing the thousands of Euros found at a station on jewelry and clothes instead of handing them to the police.

Police in Munich, the capital of the southern Free State of Bavaria, said that a 13-year-old boy discovered €14,900 ($16,000) in cash at a municipal railway station in Oberhaching, a small town located 15 kilometers (9 miles) south of Munich.

The money belonged to a 62-year-old from nearby Sauerlach who had put it in an envelope that he stored in his briefcase.

When he realized that he had forgotten his bag at the station, the man rushed back but it was already gone.

The teenager who had found it decided not to inform the police.

Instead, he told his best mates about it and the group – three boys and three girls under 14 – went on a two-week shopping spree.

The pals spent the money on food, jewelry, backpacks, trips to the bowling alley and an electric scooter.

The teens only confessed after their suspicious parents demanded to know how they had been able to pay for their spending spree.

The furious parents informed local police – who were quickly able to find the rightful owner.

Munich Police spokeswoman Sina Dietsch said that the families had been able to return most of the acquired products.

It has not been revealed whether the teenage offenders’ parents decided to sanction them over their actions.

Local authorities cannot press any charges against them due to their age.

The Sauerlach resident reportedly did not expect to ever see his money again as two weeks had passed since he informed police about having lost it at the station.

Police spokeswoman Sina Dietsch underlined: “The teenagers might not face charges over what they did. But we will summon them for a conversation, that’s for sure.”

The municipality of Oberhaching has almost 14,000 inhabitants and has been in existence for 1,250 years.

Eleonore Baur who was also known as Sister Pia was a senior Nazi Party figure and personal friend of Adolf Hitler, and she lived in Oberhaching.