The Ukrainian authorities joked that this is what the “demilitarization” of Russian forces looks like. 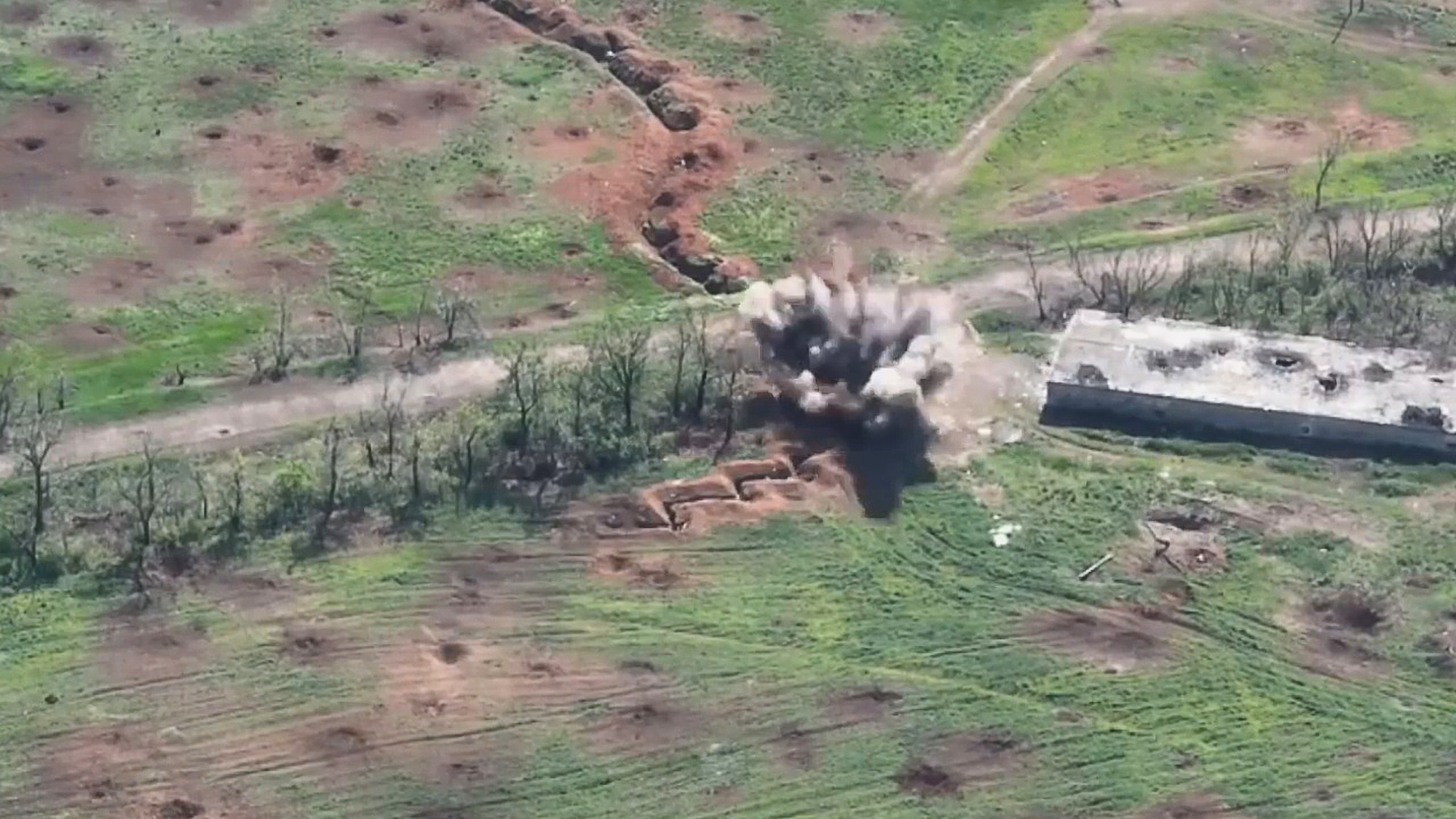 25 Separate Brigade showed the destruction of the Russian combat infantry vehicle BMP in May 2022. (@dshv25opdbr/Zenger)

This is the moment Ukrainian troops blast Russian soldiers in a trench and destroy an enemy BMP tank.

The Ukrainian military said the attack was carried out by members of the 25th Airborne Brigade of the Ukrainian Air Assault Forces, which boasts BMD-1 and BMD-2 airborne infantry fighting vehicles in its inventory.

The Ukrainian authorities joked that this is what the “demilitarization” of Russian forces looks like.

The Center for Strategic Communications said on May 18: “This is what the demilitarization of Russians by Ukrainian defenders looks like!

“The video of the destruction of the enemy BMP tank was carried out by the 25th Airborne Brigade.”

The 25th Airborne Brigade said: “We start the morning with good news!

“The infantry fighting vehicle and the ‘lost’ occupiers followed the ‘Russian warship’ at the bottom of the Black Sea!”

The brigade added: “To be continued… Glory to Ukraine!”

From February 24 to May 18, the total combat losses of Russian troops stand at around 28,300 personnel, according to the General Staff of the Armed Forces of Ukraine.

In related news, the Russian MoD says 959 Ukrainian fighters from the Azovstal metallurgical plant have been taken to Russian-controlled territory since Monday, May 16.