Zenger News obtained the video from the Ministry of Defense (MoD) of the Russian Federation on Wednesday, May 18.
By William McGee May 19, 2022
Facebook
Twitter
Linkedin
Email 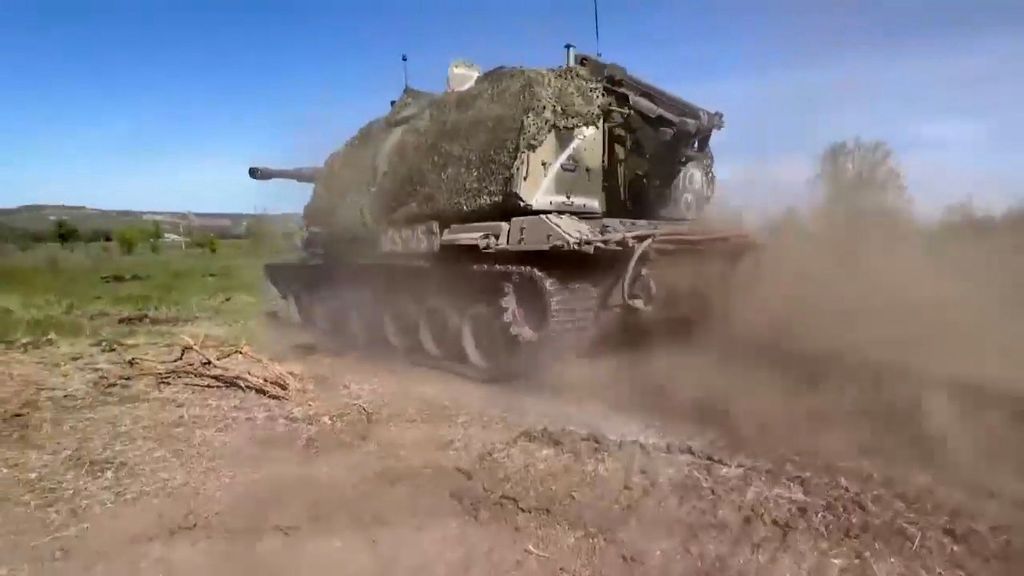 The combat work of the crews of the 152-mm self-propelled howitzers Msta-S and Acacia-M, of the Russian Army, in May, 2022, in Ukraine. (Ministry of Defense of the Russian Federation/Zenger)

The slickly-produced footage depicts an idealized version of Russian military operations in Ukraine as Russian troop losses allegedly soar above 28,000.

Zenger News obtained the video from the Ministry of Defense (MoD) of the Russian Federation on Wednesday, May 18.

The footage opens with a plethora of Russian weaponry being discharged and ends with aerial footage of plumes of smoke rising from fields in Ukraine.

Both howitzers described by the Russian MoD – which did not specify where in Ukraine the footage was filmed – were developed in the Soviet Union.

The AFU General Staff added that Russia had lost about 28,300 troops. The Russian MoD did not give corresponding personnel losses for Ukraine.

In related news, the Russian MoD says 959 Ukrainian fighters from the Azovstal metallurgical plant have been taken to Russian-controlled territory since Monday.

And UK Prime Minister Boris Johnson has hailed a “historic day” after Finland and Sweden officially applied to join NATO.

Though most of the existing NATO nations have welcomed their applications, Turkey is currently opposing them.

This is because Turkish President Recep Tayyip Erdogan accuses Helsinki and Stockholm of harboring Kurdish militants he considers “terrorists”.

The Russian invasion of Ukraine began on February 24 and is in its 84th day, as of Wednesday, May 18.