The Russian Ministry of Defense (MoD) used the missile system to blast enemy air targets as the invasion enters its 84th day. 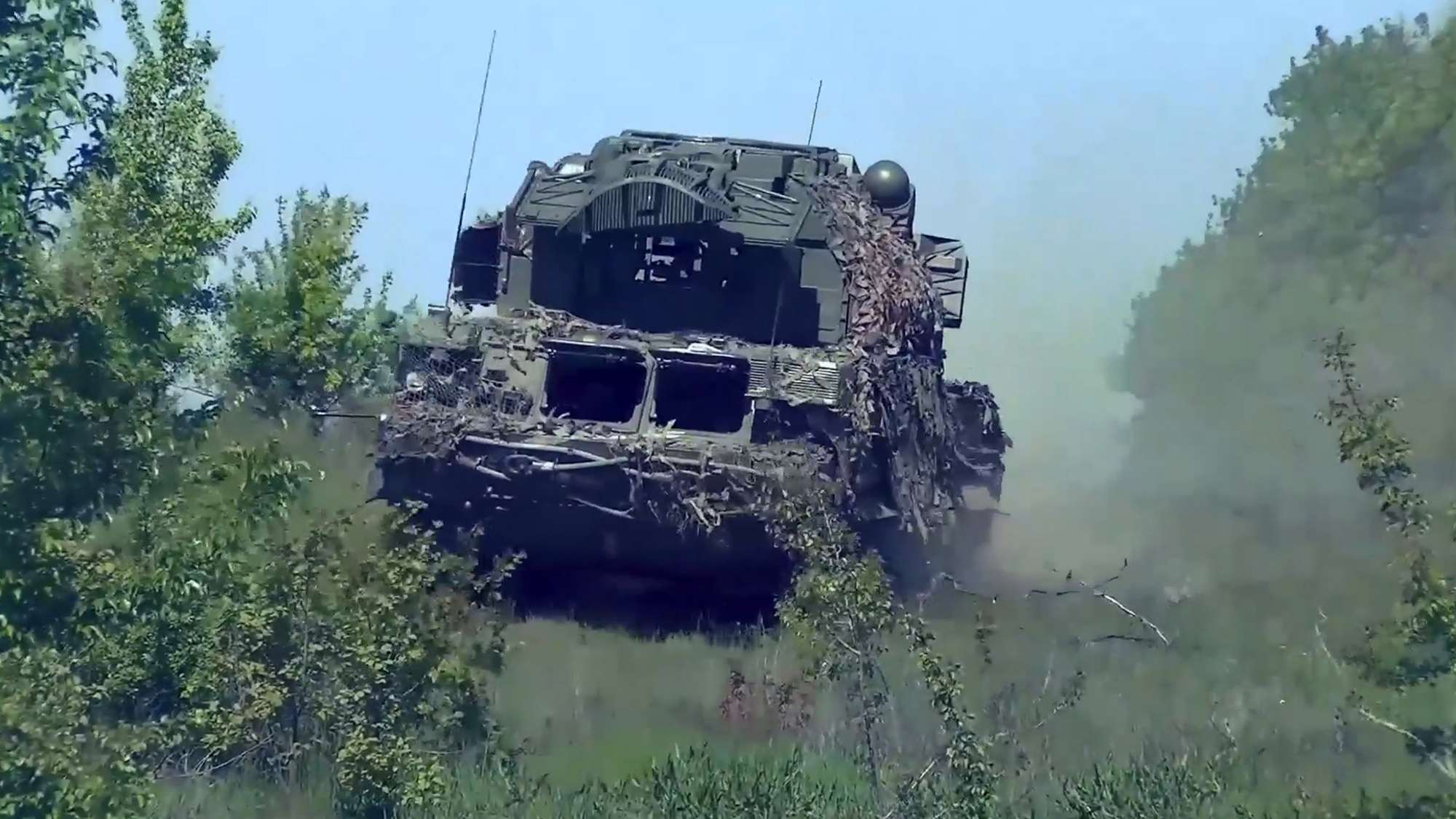 Work of Russian anti-aircraft missile systems Tor-M2 in May 2022. (Ministry of Defense of Russia/Zenger)

This is the moment Russian troops use the mighty Tor missile system to blitz a Ukrainian target.

The Russian Ministry of Defense (MoD) used the missile system to blast enemy air targets as the invasion enters its 84th day.

The Russian MoD claimed the Tor system has destroyed over 90 unmanned aerial vehicles (UAVs), including 10 Bayraktar-TB2s.

According to the Russian military, the system is also used to protect ground troops on the march and provide cover for Russian convoys delivering humanitarian aid and evacuating refugees.

Tor crews carry out round-the-clock combat missions to cover units of the Russian Armed Forces and the People’s Militia of the Luhansk People’s Republic from enemy air attacks.

The Ukrainian military added that the Russian Armed Forces’ greatest losses on Monday were sustained in the Lyman and Zaporizhzhia directions.

Elsewhere, around 260 Ukrainian soldiers left the Azovstal metallurgical plant and were taken to Russian-controlled territory earlier this week. It is believed they will be exchanged for Russian prisoners of war.

Meanwhile, Turkish President Recep Tayyip Erdogan has suggested that he may block Finland’s and Sweden’s applications to join NATO after he accused the Nordic nations of harboring Kurdish militants whom he regards as “terrorists”.