“Over the past 24 hours, 694 militants have laid down their arms and surrendered, including 29 wounded.
By Lee Bullen May 19, 2022
Facebook
Twitter
Linkedin
Email 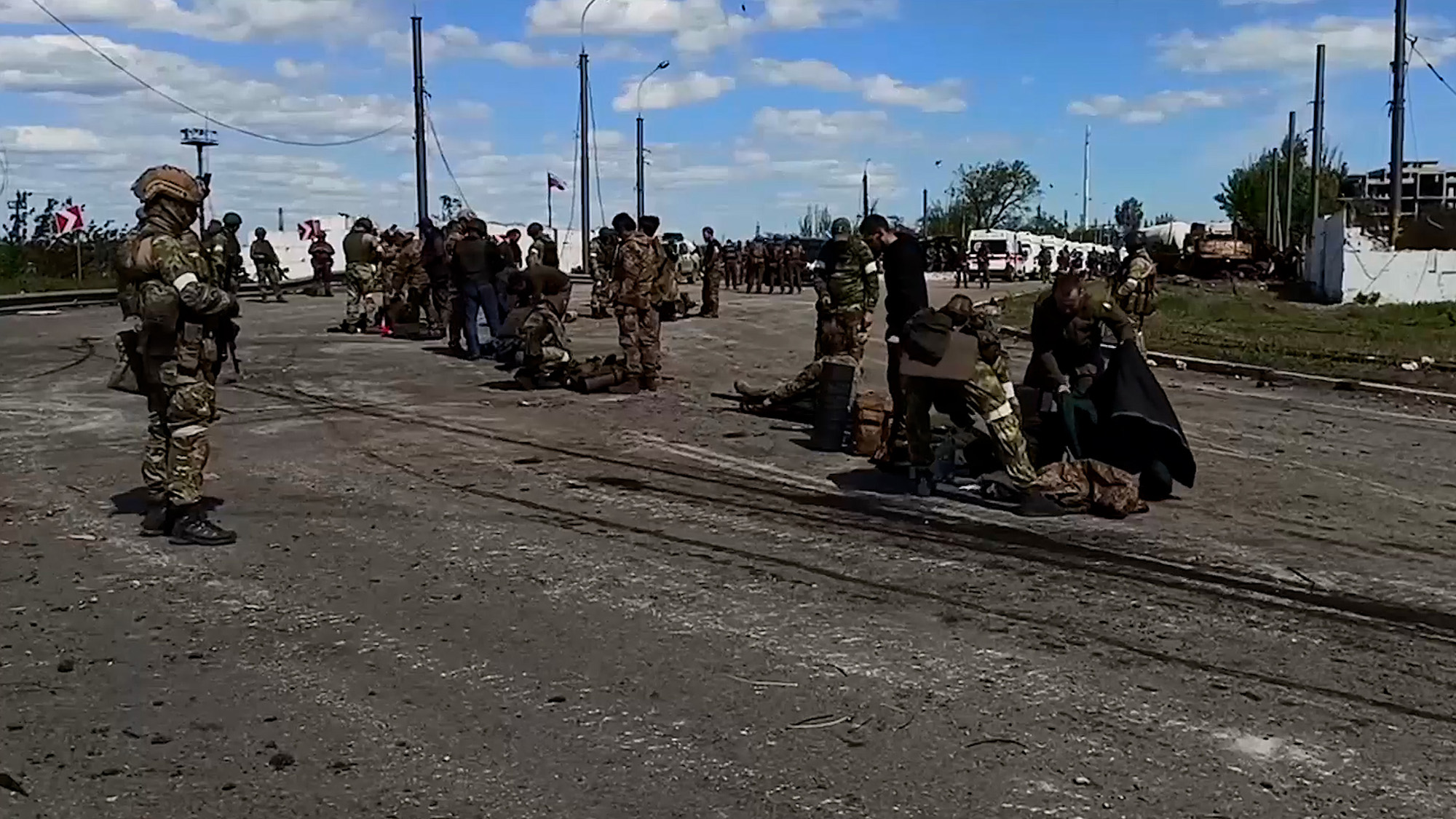 694 militants from Azovstal surrendered over the past days. (Ministry of Defense of Russia/Zenger).

The Russian MoD has claimed that nearly 1,000 Ukrainian fighters have surrendered at the Azovstal plant in the war-torn city of Mariupol so far this week.

Russian troops stormed the plant on April 19 and destroyed large areas; however, pockets of organized resistance fighters of the Azov Battalion, a far-right unit of the National Guard of Ukraine, holed up in the plant and bravely mounted a strong resistance.

The battalion, which had been nursing dozens of wounded soldiers, began to suffer a medical crisis due to lack of basic necessities such as bandages and cleaning products inside the besieged plant.

As a result of their plight, the Azov Battalion started to surrender to Russian troops earlier this week.

The Russian Ministry of Defense (MoD) said in a statement on May 18: “In Mariupol, militants of Azov nationalist unit and Ukrainian servicemen holed up in the Azovstal plant continue to surrender.

“Over the past 24 hours, 694 militants have laid down their arms and surrendered, including 29 wounded.

“A total of 959 militants have surrendered since May 16, including 80 wounded, 51 of whom needed urgent hospital treatment and were admitted to Novoazovsk Hospital in the Donetsk People’s Republic.”

The MoD also claimed: “Over the last day, high-precision air-based missiles of the Russian Aerospace Forces hit 2 command posts, including the territorial defense headquarters near Soledar in the Donetsk People’s Republic, as well as 31 areas of concentrated Ukrainian manpower and military equipment, including locations of foreign mercenary units from European countries in Mykolaiv and Krasnogorovka.

“In addition, 2 Ukrainian Su-24 aircraft were destroyed at a military airfield near Dnepropetrovsk along with a division of Ukrainian S-300 anti-aircraft missile systems near Mykolaiv, as well as 4 ammunition depots for missile and artillery weapons and ammunition of the Ukrainian Armed Forces near Ugledar, Pokrovskoe, Soledar and Bakhmut, Donetsk People’s Republic.

“The attacks have resulted in the elimination of over 270 nationalists and up to 54 armored motor vehicles.

“Missile troops and artillery have hit 76 command posts, 421 areas of manpower and military equipment concentration, as well as 147 artillery and mortar units in firing positions, including 1 Ukrainian battery of US-made 155mm M777 howitzers near Pogornoe.

“1 pontoon crossing point manned by the Ukrainian Armed Forces to cross the Severskyi Donets River has been destroyed near Protopopovka, Kharkiv Region.

“In addition, 1 Ukrainian Air Force MiG-29 has been shot down near Kamennaya Yaruga, Kharkiv Region.

“In total, 172 Ukrainian aircraft and 125 helicopters, 927 unmanned aerial vehicles, 311 anti-aircraft missile systems, 3,139 tanks and other armored combat vehicles, 389 multiple launch rocket systems, 1,548 field artillery and mortars, as well as 2,997 units of special military vehicles have been destroyed during the operation.”