Journalists come under enemy fire in a recently-occupied part of Luhansk Oblast in eastern Ukraine.
By William McGee May 19, 2022
Facebook
Twitter
Linkedin
Email 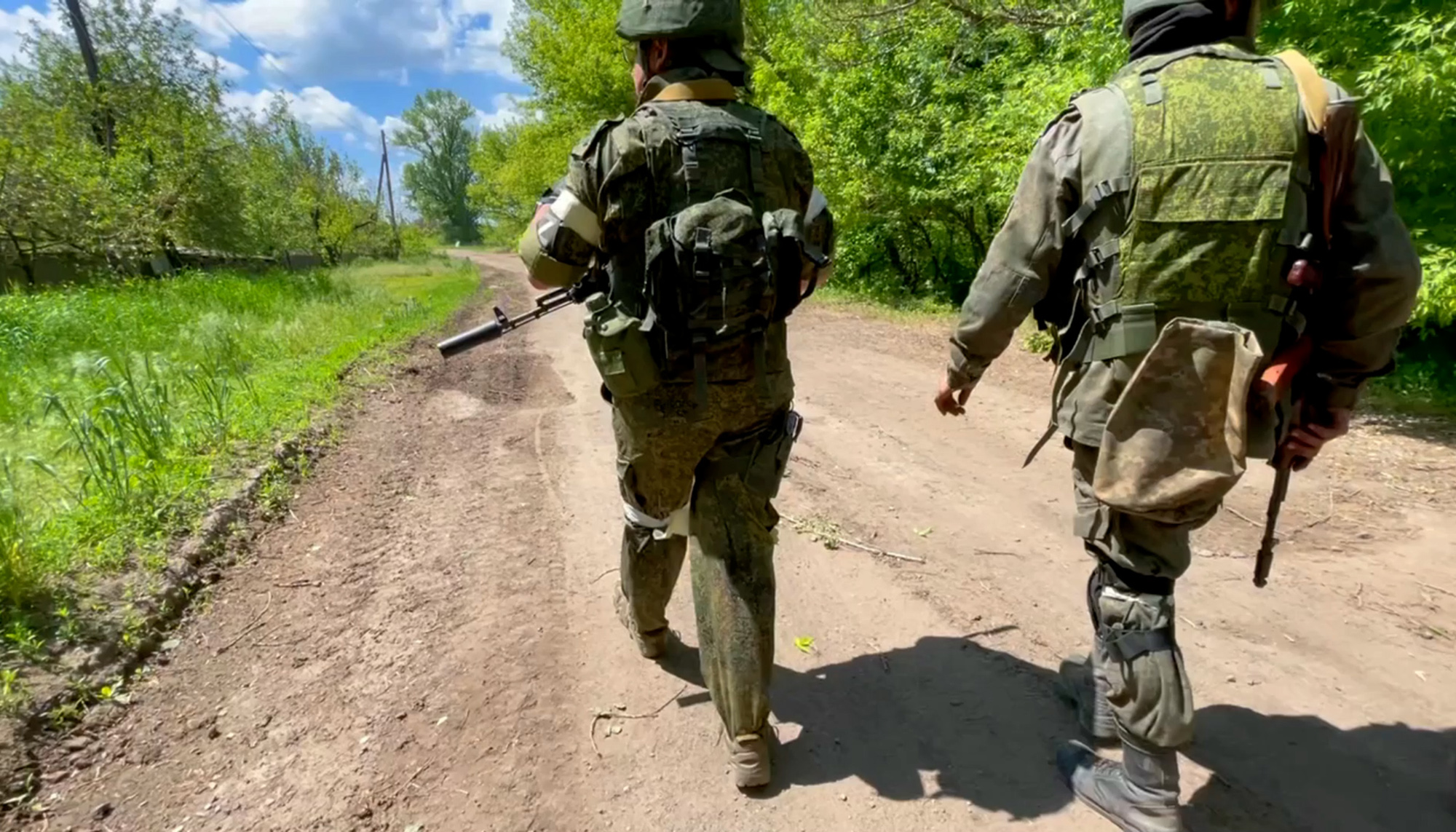 The moment when Russian journalists were running from Ukrainian mortar fire at Novozvanovka. (People's Militia of the LPR/Zenger).

This video purports to show the moment journalists come under enemy fire in a recently-occupied part of Luhansk Oblast in eastern Ukraine.

A second video shows one of the men with what looks like a bullet hole left in his bullet-proof vest.

Zenger News obtained the footage from the People’s Militia of the LPR [Luhansk People’s Republic] yesterday (Monday, May 16).

The militia said: “The moment and consequences of the mortar attack, under which the film crew of the Press Service of the UNM [People’s Militia] of the LPR, VGTRK [All-Russia State Television and Radio Broadcasting Company] correspondent Nikolai Dolgachev and Izvestia correspondent Alexei Poltoranin fell in the liberated village of Novozvanovka.”

The LPR is a pro-Russia breakaway state that claims all of Luhansk Oblast – and currently administers most of it – in eastern Ukraine.

None of the media team were reported to have been injured in the attack.

The Russian MoD has not been giving figures for Ukrainian personnel losses.

Neither side’s claims have been independently verified.