The 25th Airborne Brigade carried out the attack in the central-eastern Ukrainian region of Sicheslav Oblast.
By Darko Manevski May 19, 2022
Facebook
Twitter
Linkedin
Email 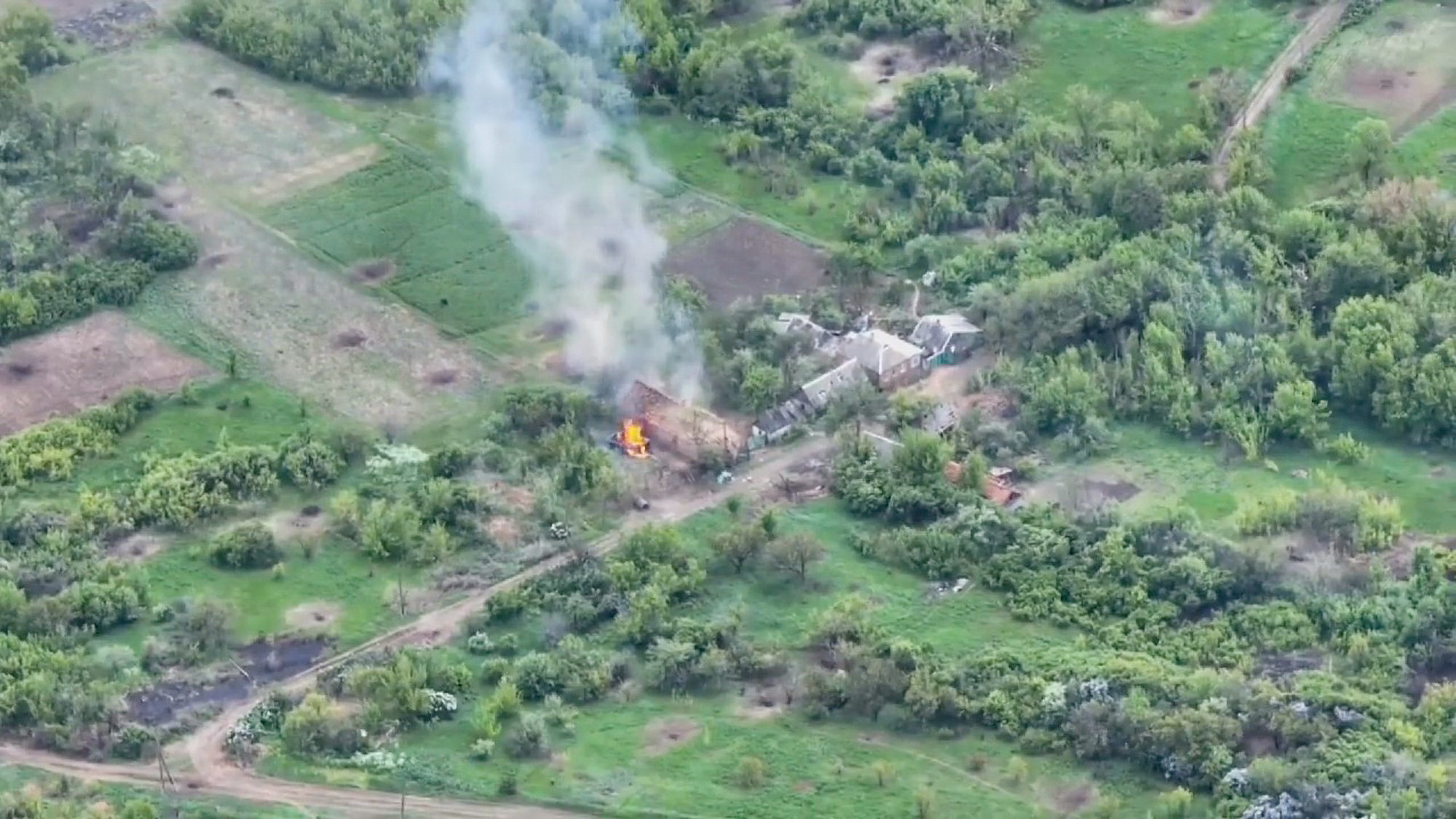 The paratroopers of the 25th separate airborne brigade of the Armed Forces of Ukraine successfully destroyed an BMP-1, as a result detonated ammunition in Ukraine, in May, 2022. (@dshv25opdbr/Zenger)

This is the moment a huge fireball fills the sky as Ukrainian paratroopers blast a Russian tank and detonate its onboard ammo.

The Ukrainian military said the attack was carried out by members of the 25th Airborne Brigade of the Ukrainian Air Assault Forces, which boasts BMD-1 and BMD-2 airborne infantry fighting vehicles in its inventory.

The 25th Airborne Brigade carried out the attack in the central-eastern Ukrainian region of Sicheslav Oblast.

The brigade said on 17th May: “Sicheslavs continue to extend a “hot” welcome the Russian occupiers!

“The result – a destroyed BMP-1 tank, detonation of ammunition, and fried enemies!”

The BMP is however not a tank, it is an armored Infantry Fighting Vehicle – a different classification than a tank. They are thinly armored (compared to tanks) and have a primary role to support mechanized infantry.

The brigade added: “Believe in the Armed Forces!”

The Command of the Assault Troops of the Armed Forces of Ukraine also shared the video clip with the message: “This is how Sicheslav paratroopers destroy the Russian occupiers along with their armored vehicles.

“The result – a destroyed BMP-1 tank, detonation of ammunition, and fried enemies!”

“Together to victory! DShV – Always First! Glory to Ukraine!”

In the footage, a large fireball is seen rising into the sky after the paratroopers bomb a Russian tank next to a house.

Meanwhile, missiles shoot into the air as the tank’s ammo apparently detonates in the flames.

Russian troops invaded Ukraine on 24th February in what the Kremlin is still calling a “special military operation”. Today marks the 84th day of the campaign.

From 24th February to 18th May, the total combat losses of Russian troops stand at around 28,300 personnel, according to the General Staff of the Armed Forces of Ukraine.