Russian troops invaded Ukraine on February 24 in what the Kremlin is still calling a "special military operation".
By Lee Bullen May 19, 2022
Facebook
Twitter
Linkedin
Email 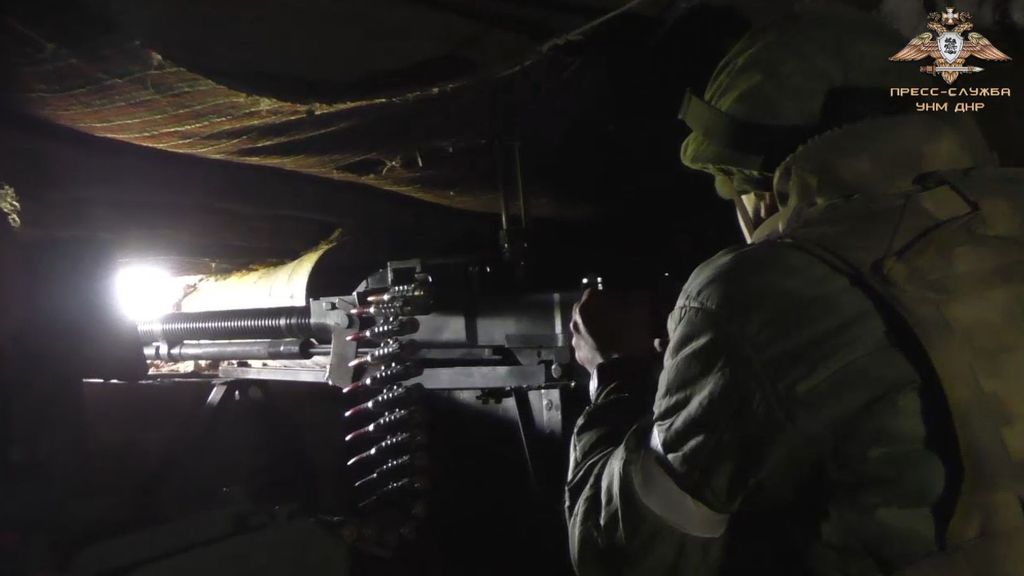 The People's Militia of the Donetsk People's Republic break trough on Ukrainian territory, in May, 2022. (@nm_dnr/Zenger)

This is the moment pro-Russian DPR fighters do battle with Ukrainian soldiers and claim to inflict huge losses on the enemy.

The People’s Militia of the Donetsk People’s Republic (DPR) said they killed 34 Ukrainian nationalists, and destroyed three firing positions, three armored vehicles, and four trucks during fighting on May 16.

The DPR also claimed that Ukrainian troops attacked eight civilian settlements, adding that they are collecting evidence “for inclusion in criminal cases initiated against the command of the Ukrainian nationalists”.

The People’s Militia said in a statement on May 17: “Over the past day, the enemy fired 194 shells and mines from 122-mm BM-21 Grad multiple launch rocket systems, 122-mm cannon artillery, and 120-mm mortars.

“The areas around eight settlements in the People’s Republic were attacked. As a result of the Ukrainian aggression, three civilians were injured. Twelve residential buildings were damaged as well as civilian infrastructure.

“Evidence related to the wounding of civilians and damage to infrastructure was sent to the Prosecutor General’s Office of the DPR for inclusion in criminal cases initiated against the command of the Ukrainian nationalists.”

The DPR claimed: “Military personnel of the Donetsk People’s Republic, together with the Armed Forces of the Russian Federation, continue to liberate settlements in our Republic from the Ukrainian invaders, so another settlement Drobyshevo, Donetsk region, has been liberated. Over the past day, our servicemen destroyed 34 Ukrainian nationalists, three firing positions for 120-mm mortars, three armored vehicles and four trucks. One BMP and two armored vehicles were captured.”

Meanwhile, Turkish President Recep Tayyip Erdogan has suggested that he may block Finland’s and Sweden’s applications to join NATO after he accused the Nordic nations of harboring Kurdish militants whom he regards as “terrorists”.