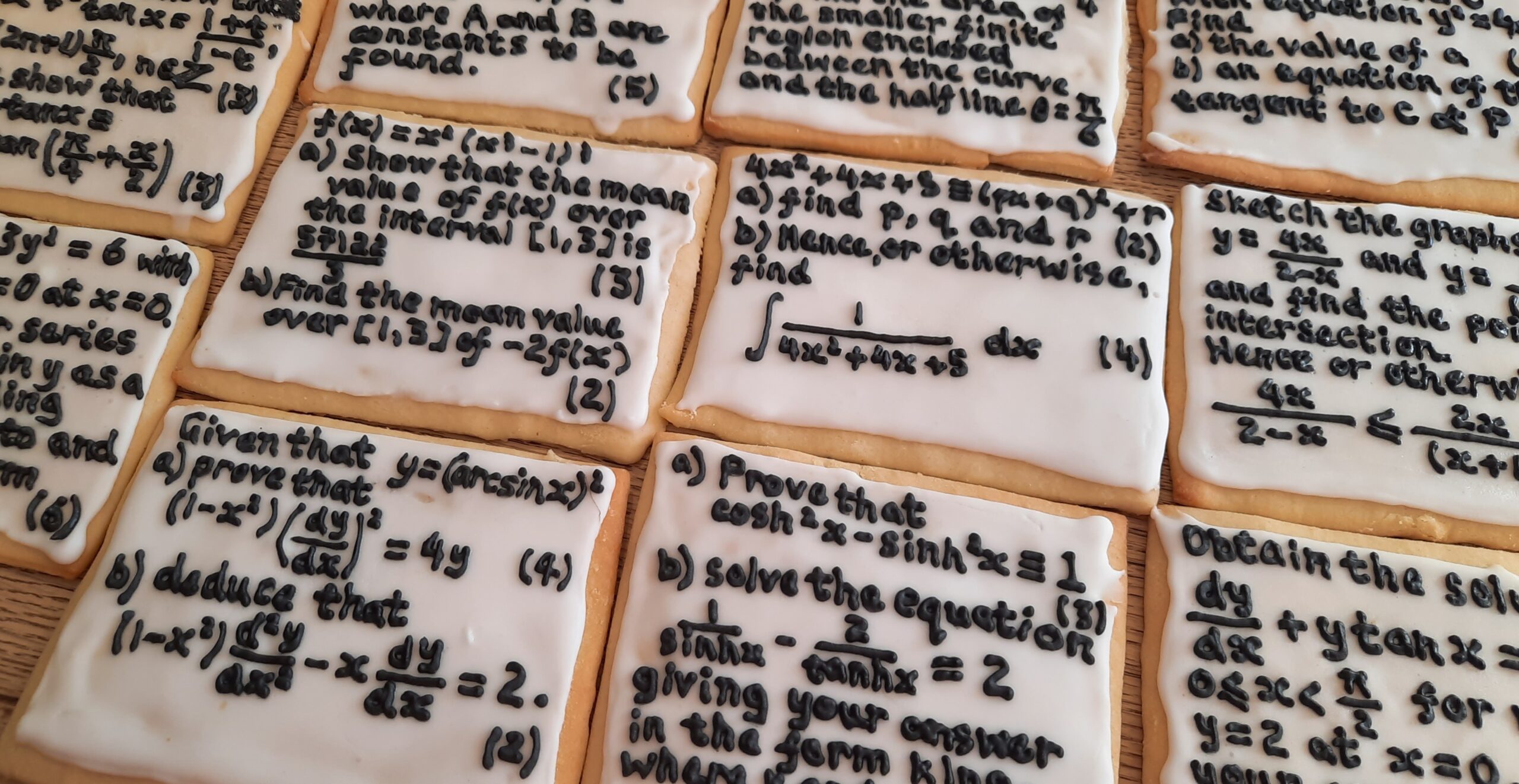 A maths teacher wished her students good luck in their exams by baking them biscuits - with incredibly complex algebra on them. (Fiona Jackson/Zenger)

A math teacher wished her students good luck in their exams by baking them biscuits – with incredibly complex algebra on them.

Ella Dickson, 43, spent over two hours intricately icing fractions and differential equations onto 30 vanilla biscuits for her A level pupils.

The math and further math students at Beaumont School in St. Albans will soon be taking to the daunting exam hall for the first time, after their GCSEs were cancelled in the pandemic.

Ella said: “The kids know that you did them last year and they say, ‘oh are you going to do that for us?’

“You’d have to have a very good excuse not to!

“One year I did theorems, it just looks quite good fun because it’s really, really hard math.

“Apparently they taste quite nice as well but I don’t suppose that matters as much.”

The mother-of-two has been making cookies for her pupils over the past six years so has had practice keeping a steady hand with the piping bag.

She said: “I make little person biscuits for my Year 11s in their uniforms and with the right colour hair, I did that for their GCSEs and I thought I’ll do something different for A level students.

“They’re Nigella biscuits, because they’re biscuits that stay the same shape as you bake them

“I’m not a baker, it’s literally the only thing I can cook!”

Ella opened up an Edexcel math textbook to carefully copy out sums in icing, and brought the first batch in to her Year 13 students – where they went down a treat.

One of the students even completed their calculation on a piece of paper and handed it in.

“They did get it right luckily!” the teacher of 20 years said.

“They work so hard and they’ve had such a rotten time over the last two years, especially the Year 13s as they haven’t taken proper exams before.

“It’s quite good fun and the kids appreciate it, both classes are really lovely group of kids.

“When you teach a class for a couple of years you get a proper relationship with them and then you send them off to the world.

“They were really sweet, they took photos and put them on Snapchat.”

«Previous Post
VIDEO: War In Ukraine: Russians Wipe Out Howitzers Sent From USA In Latest Strikes»Next Post
Time Heals: Suppression Of Negative Memories Weakens Them When We Try To Remember