A snake previously unknown to science has been discovered by researcher Jean-Paul Brouard in Paraguay.
By Martin M Barillas May 19, 2022
Facebook
Twitter
Linkedin
Email 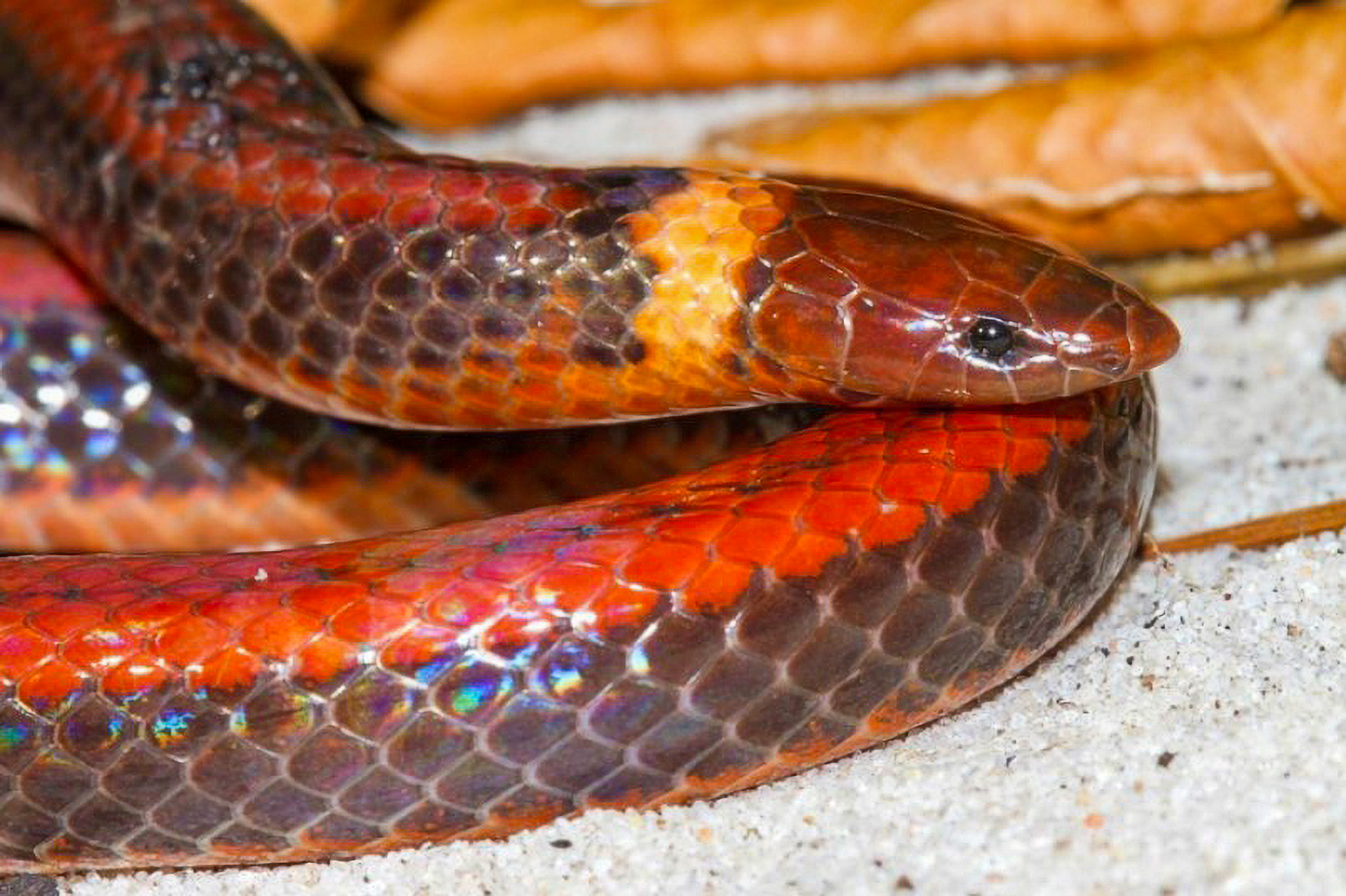 Phalotris shawnella, the non-venomous snake, previously unknown to science, that was discovered in Paraguay. (Jean-Paul Brouard/Zenger).

This strikingly beautiful burrowing snake that was previously unknown to science has been discovered in Paraguay and is making waves because of its coloration as well as its rarity.

Described in a new study published in the journal Zoosystematics and Evolution as a non-venomous member of the genus Phalotris, the snake has been detected in just two places so far in the land-locked South American republic.

Phaloris shawnella is named in honor of two children, Shawn Ariel Fernández and Ella Bethany Atkinson, who were born in 2008: The same year as the founding of the non-profit Fundación Para La Tierra.

The two kids are credited with encouraging the non-profit to fight for endangered wildlife in Paraguay.

Because only three individual snakes have been found so far, and in only two areas in San Pedro province of eastern Paraguay, the authors of the paper believe it is endangered, which means that without protection it is in imminent danger of extinction.

The Phalotris genus features at least 15 species of snakes distributed in the vast Cerrado savanna eco-region that extends from Brazil and into Paraguay.

Researcher Jean-Paul Brouard discovered one of the snakes by happenstance when he was digging a hole at Rancho Laguna Blanca in 2014.

The snake is considered a fossorial species, which means it spends most of its time digging and hunting just under the surface of the soil in its environment.

In concert with colleagues Paul Smith and Pier Cacciali, Brouard wrote about the snake, which unlike related species has a red head in combination with a yellow band around the neck, which is followed by black lateral bans and black-spotted orange scales on its belly.

So far, the snake has been found only at Laguna Blanca – a tourist destination – and Colonia Volendam, which are about 90 kilometers apart.

Laguna Blanca had been set aside for the conservation of native reptiles and amphibians.

Of the three individuals, only one was actually captured for study, while the other two escaped but not before being photographed.

“This demonstrates once again the need to protect the natural environment in this region of Paraguay,” declared the authors.

They went on to say, “Laguna Blanca was designated as a Nature Reserve for a period of 5 years, but currently has no protection at all. The preservation of this site should be considered a national priority for conservation.”

Known for its sandy soils, the Cerrado region in Paraguay is being developed for agriculture and cattle ranching at a fast pace, endangering the natural environment.