A new technology, the desktop air curtain system (DCAS) is being developed to help stop the spread of Covid in hospitals.
By Darko Manevski May 19, 2022
Facebook
Twitter
Linkedin
Email 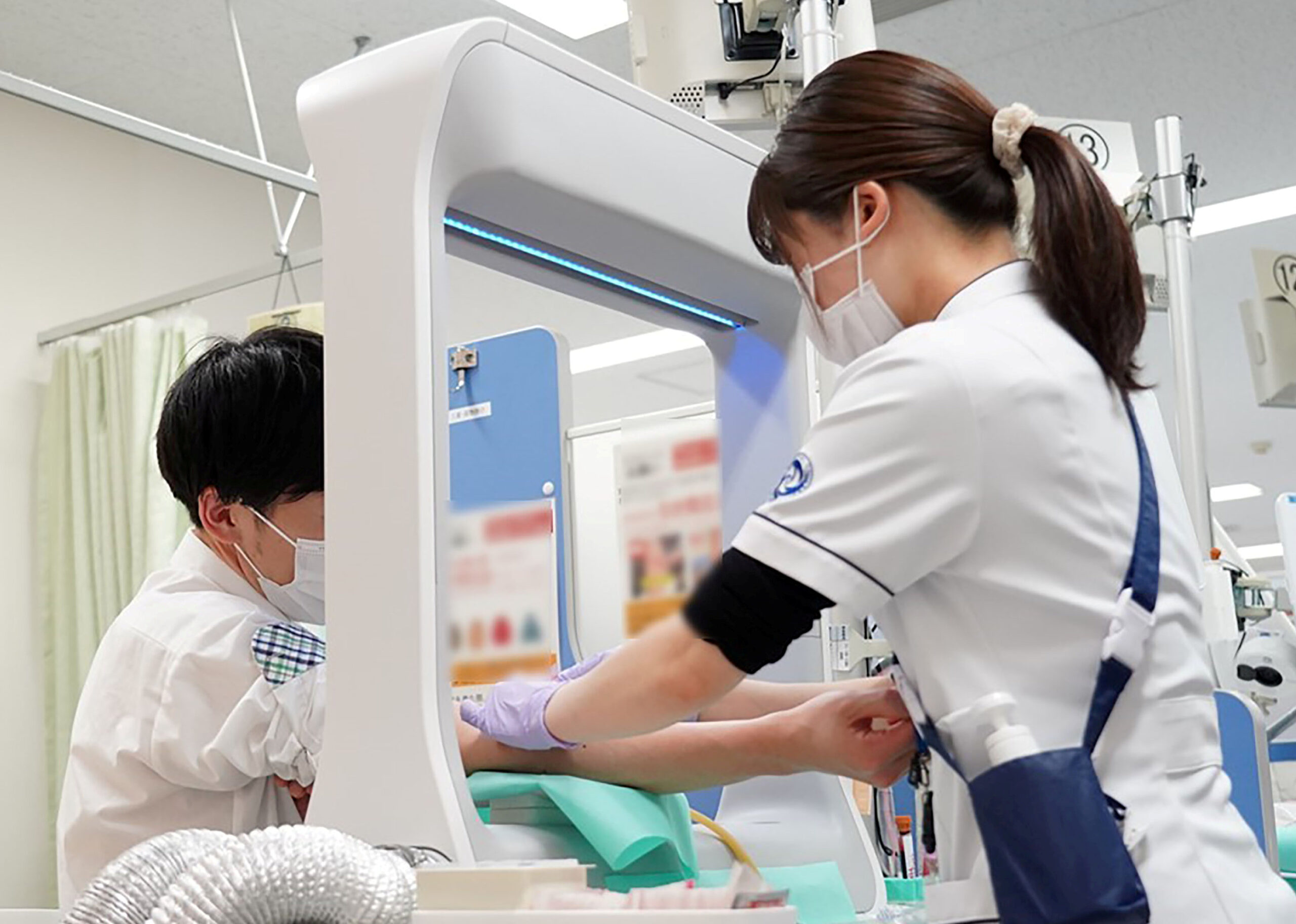 A miniature air ‘curtain’ to help stop the spread of Covid in hospitals and other health settings where social distancing or mask wearing is not possible has been developed.

The desktop air curtain system (DCAS) can block all incoming aerosol particles, say the Japanese scientists behind it.

Study co-author Kotaro Takamure said: “We envisage this system will be effective as an indirect barrier for use in blood-testing labs, hospital wards, and other situations where sufficient physical distance cannot be maintained, such as at a reception counter.”

An air curtain, or air door, is a fan-powered ventilation system that creates an air seal over an entryway.

Hospitals use them to prevent ambulance fumes and other contaminants from reaching the inside of an emergency room.

One challenge in developing smaller air curtains is fully blocking incoming aerosol particles over time because it is difficult to maintain the air wall over a long distance.

The devices lose air-discharge intensity and create a turbulent flow that allows infected aerosol particles to escape into the surrounding environment.

To address this the DACS has a discharge and suction port, where the generator at the top produces the airflow which is guided to the suction port at the bottom which captures all of the particles.

A high-efficiency particulate air (HEPA) filter can be installed in the suction port that purifies the air.

The researchers are also developing an addition to the device which would sanitize the air with ultraviolet light and recirculate it to maintain the air curtain and air pressure in the room.

The DACS was tested by using an air compressor connected to a mannequin to simulate breathing.

Dioctyl sebacate, a widely used solvent that spreads easily, was added to the airflow to create aerosol particles that could be traced.

When the researchers placed the mannequin’s arm through the DACS to imitate blood collection the airflow was disrupted, although the device was still able to block aerosol particles.

The researchers also tested the device on patients having their blood taken at Nagoya University Hospital.

They are now looking at lowering the suction port so the arm can be placed below the heart for proper blood collection.

The findings were published in the journal AIP Advances.