A passenger attempted to smuggle eggs from a moth species that has not been seen in the country for more than 100 years.
By Darko Manevski May 19, 2022
Facebook
Twitter
Linkedin
Email 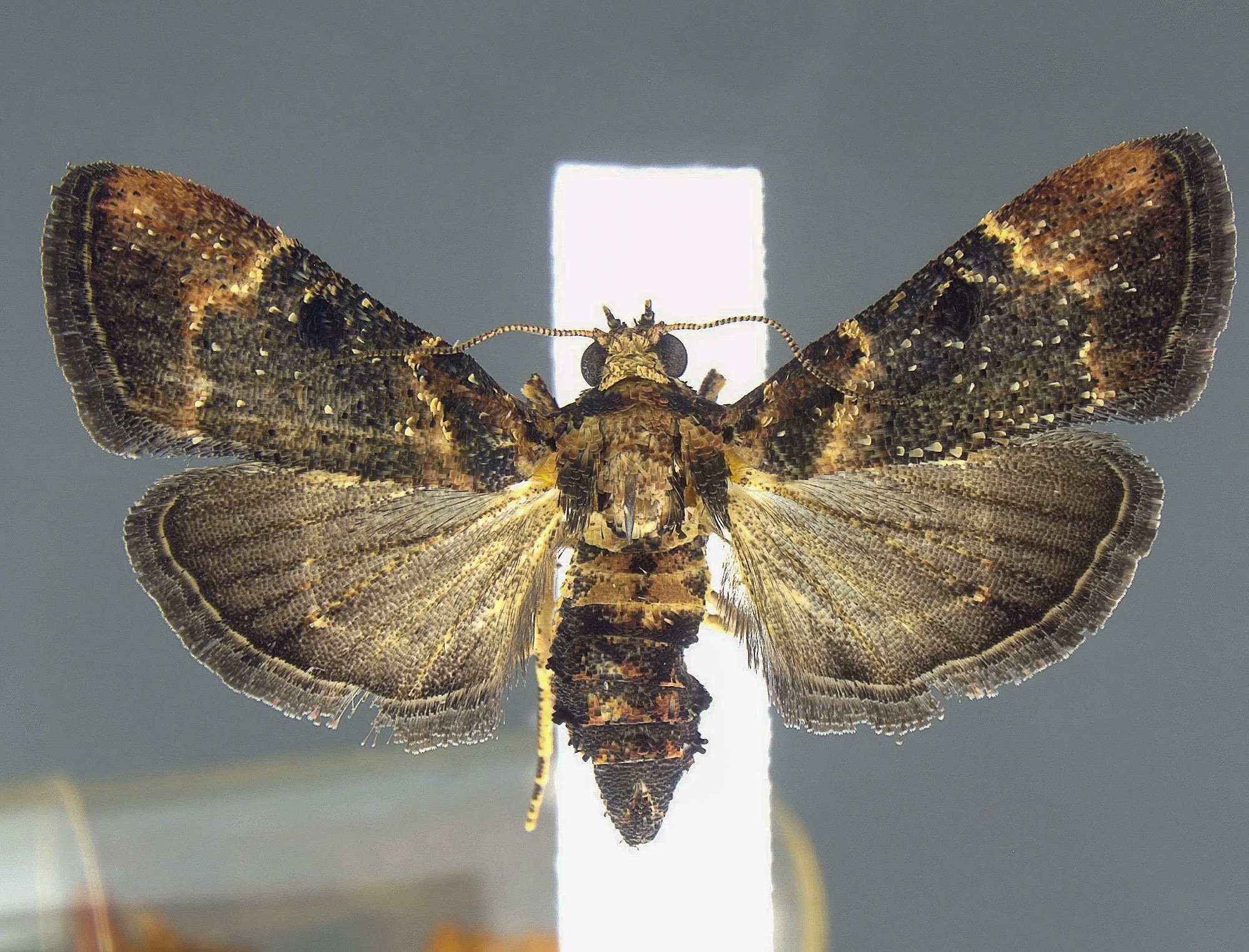 Moth encountered at Detroit Metropolitan Airport considered to be the first encounter of the species since 1912. (U.S. Customs and Border Protection/Zenger)

US customs officials have seized eggs from a moth species being smuggled in as herbal tea that have not been seen in the country for more than 100 years.

The species is from the family Pyralidae, one of the most rampant crops pests in the world.

The eggs were discovered in a passenger’s luggage at Detroit Metro Airport (DTW) in the US state of Michigan as he arrived on a flight from the Philippines.

“The initial encounter was incidental to a September 2021 inspection of an arriving passenger flight from the Philippines.”

They went on: “Agriculture specialists discovered seeds in the personal baggage of a passenger who claimed the pods were for medicinal tea.

“Upon closer inspection, apparent insect exit holes were discovered in the seed pods that were ultimately intercepted by CBP.”

The statement added: “Moth larvae and pupae were collected for further analysis, and while in quarantine, several of the pupae hatched to reveal ‘very flashy’ moths with raised patches of black setae (bristles).

“Physical characteristics indicated the moths to be members of family Pyralidae, however genus or species were not able to be determined by agriculture specialists and specimens were submitted to US Department of Agriculture (USDA) for further identification.

“A USDA Smithsonian Institution etymologist later confirmed with CBP this was a first encounter of this species of moth since it was first described in 1912.

“This was also the first time that a larvae or pupae associated with this species has been collected.”

Pyralidae moths can run rampant through grain, fruit and vegetables and they are described as “economically important pests”.

“This discovery is a testament to their important mission of identifying foreign pests and protecting America’s natural resources.”

US Customs and Border Protection said: “Each year, CBP agriculture specialists intercept tens of thousands of ‘actionable pests’ – those identified through scientific risk assessment and study as being dangerous to the health and safety of US agricultural resources.

“All travelers entering the United States are required to declare meats, fruits, vegetables, plants, seeds, soil, animals, as well as plant and animal products (including soup or soup products) they may be carrying.

“The declaration must cover all items carried in checked baggage, carry-on luggage, or in a vehicle.

“Upon examination of plants, animal products, and associated items, CBP agriculture specialists at the ports of will determine if these items meet the entry requirements of the United States.

“Failure to declare agricultural items can result in penalties to travelers who fail to do so.”