Volt From The Blue: Teen Girl Zapped By Lightning Bolt In Her Own Home

Giana Scaramuzzo, a 15-year-old girl, says the strike began with a tingle in her little finger.
By Darko Manevski May 18, 2022
Facebook
Twitter
Linkedin
Email 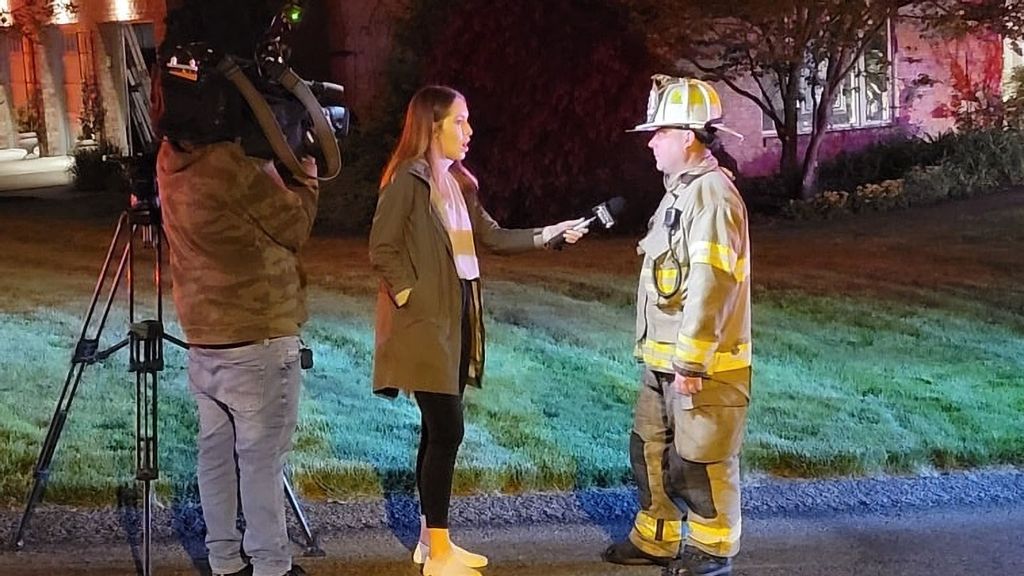 Teenage girl Giana Scaramuzzo survived being struck by lightning while she was in her home in Pennsylvania, in May 2022. (@CirclevilleVFD/Zenger).

A 15-year-old girl has told how she was struck by a lightning bolt inside her family home.

Shocked Giana Scaramuzzo – from North Huntingdon, Pennsylvania state, USA – says the strike began with a tingle in her little finger.

Gina told local media: “All of a sudden I hear the loud sound of thunder, and then I see lightning, and I see it reflect from my mirror, and all of a sudden I feel like a shock in my pinky, and then it goes up my body and out through my leg.”

Paramedics checked her blood pressure and sent the results of an electrocardiogram to a nearby hospital but say she seems to have survived unscathed.

Gina said: “I’m a little scared, still in shock… it’s kind of like I’m shaky and uneasy too.”

Circleville Volunteer Fire Department said on 16th May: “Station 8 was activated to the 12000 block of Sedona Drive for a house struck by lightning.

“Crews from 8, 1, 6, and 14 searched the house for fire with negative results. 5 additional houses were affected by the strike. One injury was reported and was cleared by NHTEMS. Salvage 63 also assisted in covering a large hole in the roof.”

According to the US Centers for Disease Control and Prevention (CDC), around 10 percent of people struck by lightning die, usually from a heart attack.

Pictures obtained of the incident show an astonished fireman standing outside the house and gazing up at the roof which has a large hole in the top with a lightning bolt blasted through in order to strike the teenage girl.

Another shows them writing up above the roof in an extendable ladder to check the extent of the damage and debris can be seen scattered around in the garden below including rubble that had collapsed onto the patio.

The scene of devastation with rubbish on the carefully manicured garden is also seen from several angles and also includes pictures of the curious neighbors that turned up to look at the wreckage of the property after the lightning strike.

Another picture shows the inside of the property again showing complete devastation caused by the lightning bolt with the fireman commenting that it was lucky that it did not also start a fire.