The pro-Russian DPR fires a flurry of missiles at Ukrainian targets and claims to take new turf
By Darko Manevski May 18, 2022
Facebook
Twitter
Linkedin
Email 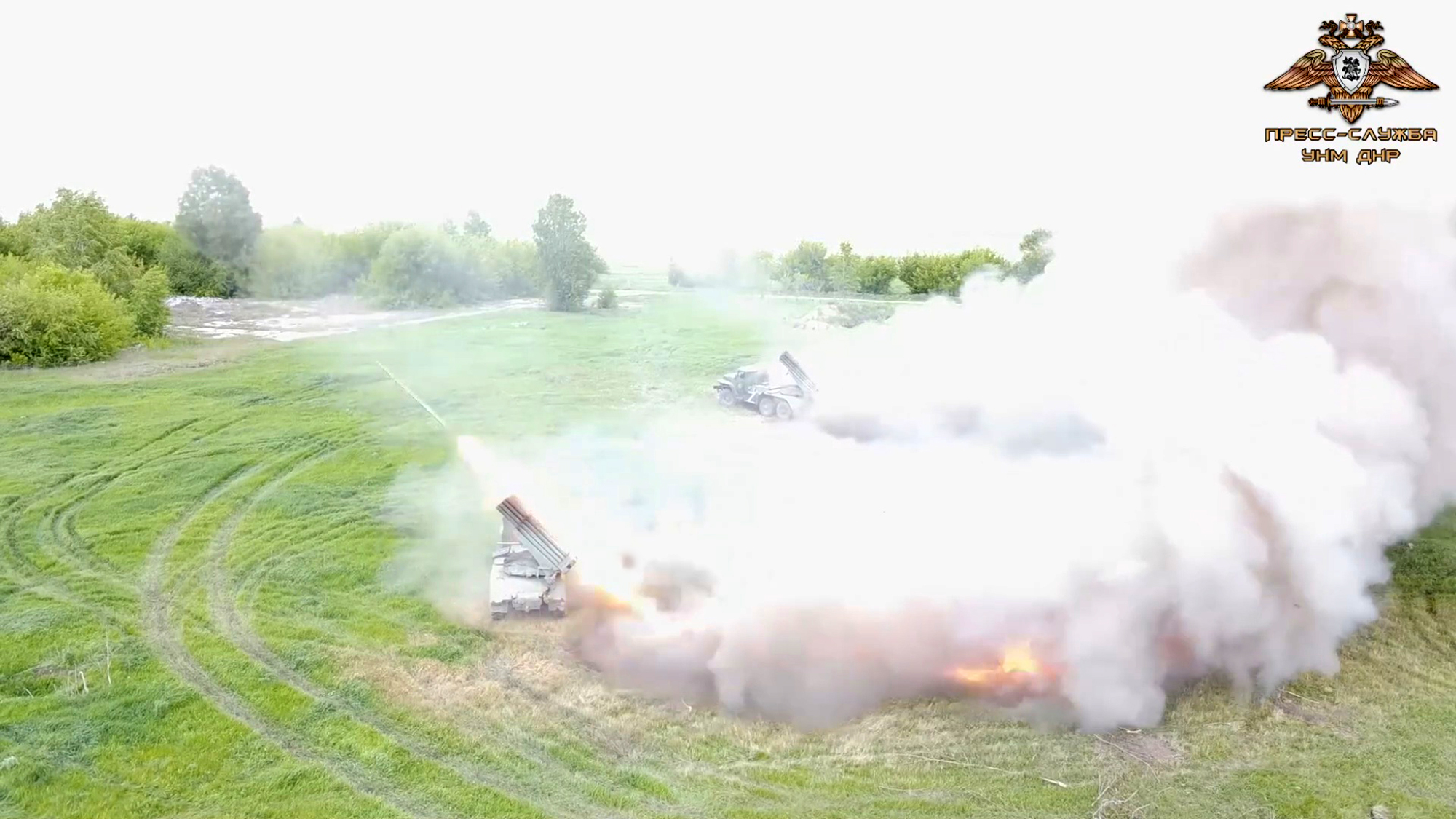 Donetsk People's Militia and Russian forces deploy rocket artillery after which infantry units move forward and occupy the vacated positions in Avdiivka, Ukraine, in May, 2022. (@nm_dnr/Zenger)

This is the moment the pro-Russian DPR fires a flurry of missiles at Ukrainian targets and claims to take new turf.

The People’s Militia of the Donetsk People’s Republic (DPR) said they destroyed a unit of “Ukrainian nationalists” in the area around the town of Avdiivka.

The DPR claimed: “Every day, the combined forces of the DPR and the Russian Federation are moving closer to Avdiivka, knocking out Ukrainian nationalists from their positions.

“Immediately after reconnaissance teams detect new occupations of the enemy, as well as the position of their artillery according to the transmitted coordinates, our rocket artillery does its work and then infantry units move in to occupy the vacated positions.”

The DPR said they used BM-21 Grad truck-mounted rocket launchers and self-propelled artillery to shell the Ukrainian forces in the Avdiivka area.

Russian troops invaded Ukraine on February 24 in what the Kremlin is still calling a “special military operation”. Today marks the 82nd day of the campaign.

The update comes as Ukrainian officials say troops counter-attacking near Kharkiv in north-eastern Ukraine have reached the Russian border.

The symbolic moment comes as Russian forces focus their efforts on the eastern Donbas region and southern Ukraine.

NATO Secretary-General Jens Stoltenberg has said the Russian invasion is not going to plan and that Ukraine can win the war.

Ukrainian officials have also said that 3,000 or more residents of devastated Mariupol are being held in a so-called ‘filtration camp’ in occupied Donetsk Oblast.

Russian filtration camps have been compared by some of the displaced Ukrainians held within them to concentration camps.