Zenger News obtained the footage from the Ukrainian Ground Forces (ZSU) on Monday, May 16.
By William McGee May 18, 2022
Facebook
Twitter
Linkedin
Email 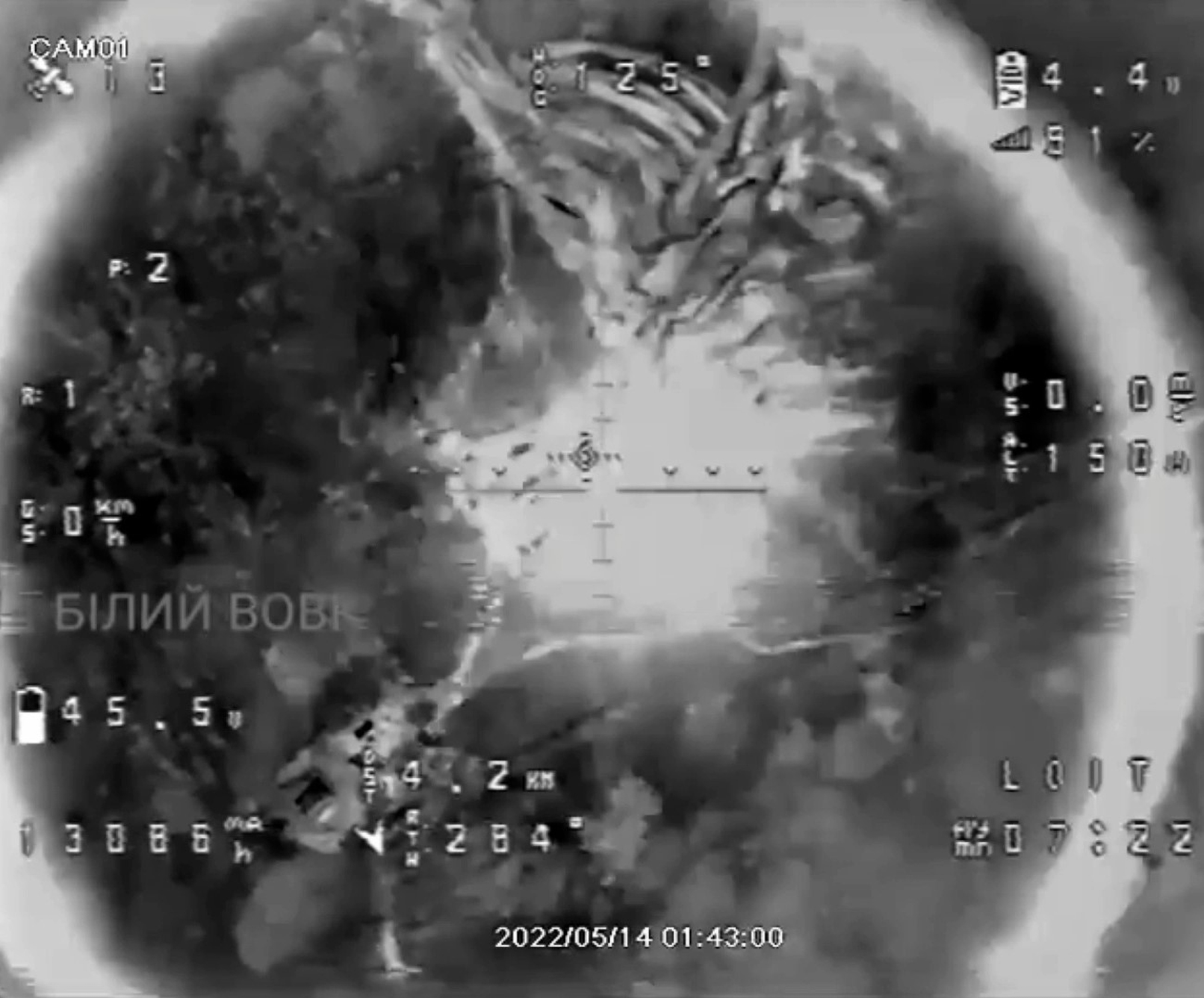 This nighttime aerial footage shows how a Russian tank is blasted to smithereens by Ukrainian munitions.

Zenger News obtained the footage from the Ukrainian Ground Forces (ZSU) on Monday, May 16.

The 93rd Mechanized Brigade is a formation of the Ukrainian Ground Forces garrisoned in Cherkaske, Dnipropetrovsk Oblast, east-central Ukraine.

Izium is a city in Kharkiv Oblast, eastern Ukraine. It has been under Russian military occupation since April 1.

Ukrainian forces are currently counter-attacking in the Izium direction.

The tank seen being blown up in the footage is believed to be a T-72B3 main battle tank, which entered service in 2013 and is crewed by three men.

A volunteer fighter named Roman Donik reported that the tank driver was no doubt killed in the blast.

He said the other two crew members initially escaped, but it is not clear if they survived the moment when the tank’s munitions detonated towards the end of the video.

He said the tank was found by a DJI Mavic 3 camera drone.