Zenger News obtained the pieces of footage from the Ministry of Defense (MoD) of the Russian Federation. 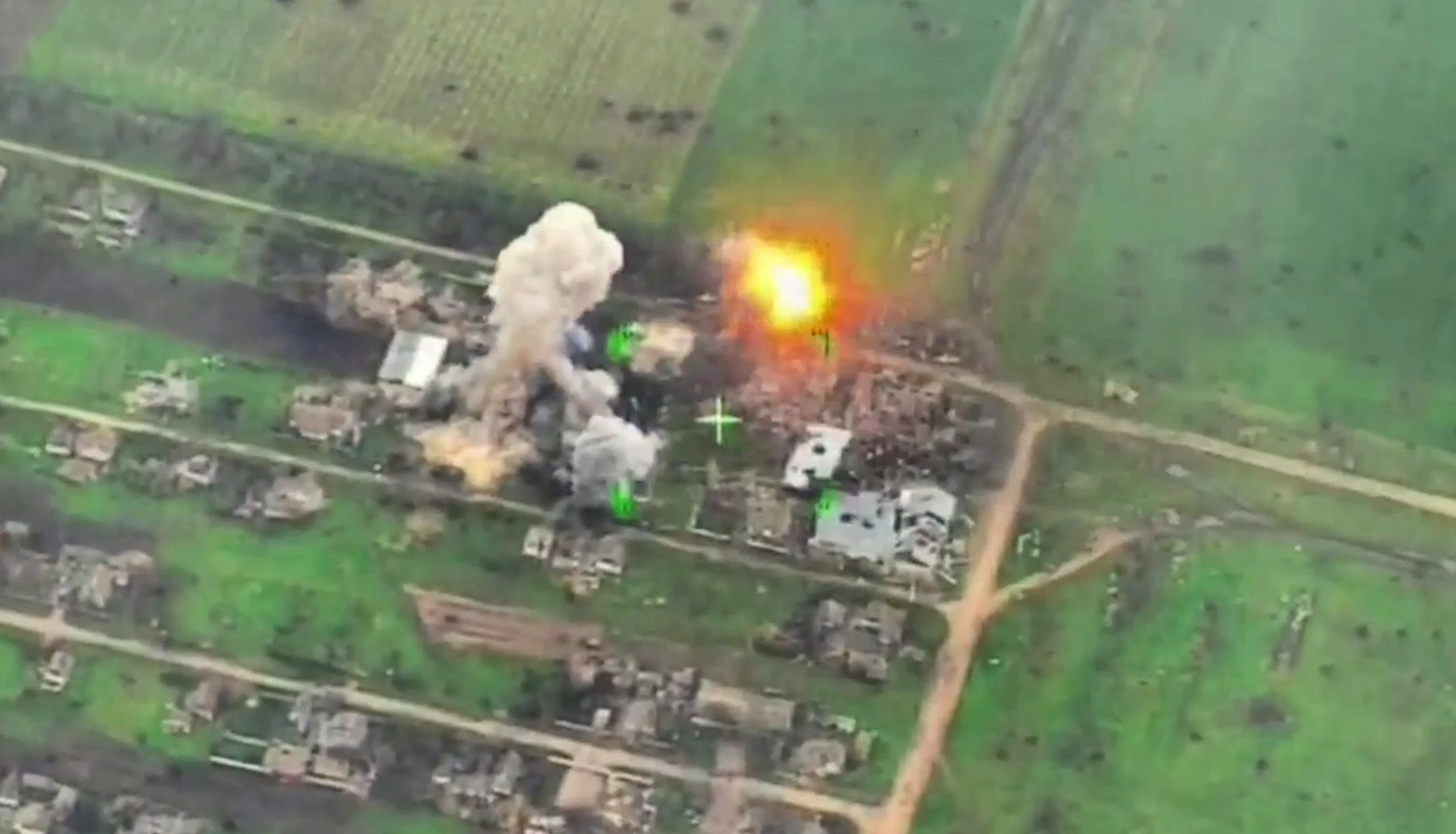 This video purports to show Russian forces wiping out what the Kremlin said was a stronghold of Ukrainian troops and military equipment in a series of powerful blasts.

A second video purports to show Russian forces destroying a pontoon bridge and preventing enemy soldiers from crossing the Seversky Donets River on the front line.

A third video then shows a convoy of Russian military vehicles traveling along a road as Moscow apparently tries to convince the world its “special military operation” is going to plan.

Zenger News obtained the pieces of footage from the Ministry of Defense (MoD) of the Russian Federation.

Along with the first video – which Zenger News obtained on Monday, May 16 – the Russian MoD gave a general update (in English) reading: “The Armed Forces of the Russian Federation continue the special military operation in Ukraine.

“High-precision air-based missiles of the Russian Aerospace Forces have hit 2 command posts overnight, including the command post of the 72nd mechanized brigade near Tsapovka in Kharkiv Region, 16 areas of manpower and military equipment concentration, 8 long-term firing points and 5 missile and artillery weapon depots near the Krasny Liman in Kharkiv Region, Vladimirovka and Konstantinovka in Donetsk People’s, as well as Berestovoe in Lugansk People’s Republic.

“The attacks have resulted in the elimination of more than 360 nationalists and up to 78 armored and motor vehicles.

“In addition, 1 Ukrainian Su-24 aircraft has been shot down near Snake Island.

“10 Ukrainian unmanned aerial vehicles, including 2 Soviet-made Tu-143 Reis UAVs, have been shot down over Novosvetlovka in Lugansk People’s Republic, Dementievka, Izyum and Malye Prokhody in Kharkiv region, and Donetsk, Vysokoe and Kalinovskoe in Donetsk People’s Republic.

“In addition, 18 rockets of Smerch multiple-launch rocket system have been intercepted near Malaya Kamyshevakha, Snezhkovka, Shpakovka, Ivanovka in Kharkiv Region and Chernobaevka in Kherson Region.

On the second video – obtained by Zenger News on Saturday – the Russian MoD said (also in English): “Footage of destruction of pontoon crossing and AFU units attempting to cross Seversky Donets River.

“During reconnaissance and search operations of a motorized rifle unit of the Russian Armed Forces, a UAV crew detected an AFU unit with infantry fighting vehicles attempting to cross using an induced pontoon crossing.

And on the third piece of footage – which Zenger obtained on May 15, the Russian MoD said (in English again): “Army aviation of the Western Military District escorts military convoys during the special military operation.”

Russia invaded Ukraine on February 24 in what the Kremlin is now calling a “special military operation” to “protect Donbass”. May 16, 2022, marks the 82nd day of the invasion.