Zenger News obtained the first piece of footage from the 59th Motorized Brigade on Sunday, May 15.
By William McGee May 18, 2022
Facebook
Twitter
Linkedin
Email 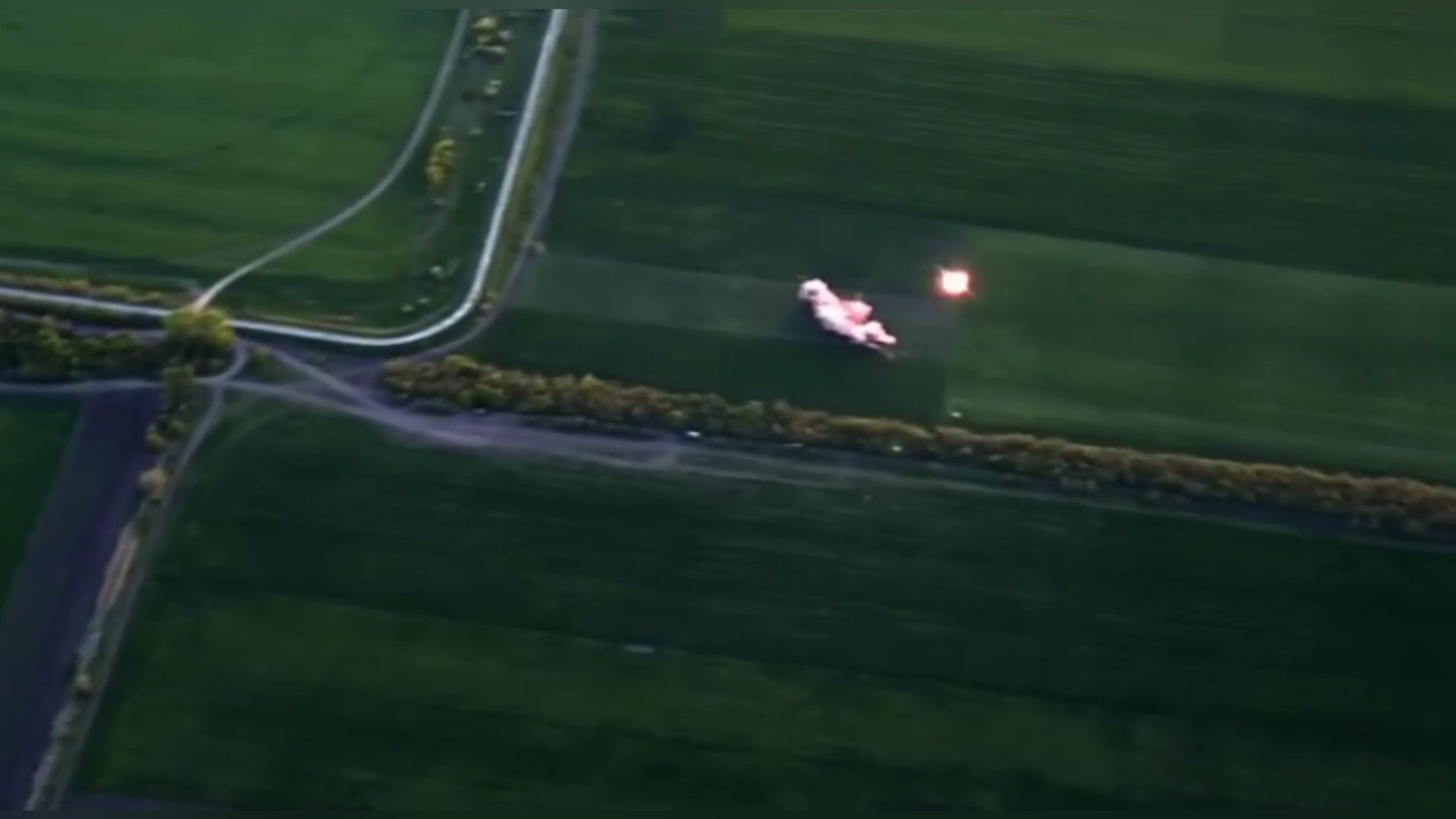 59th brigade of the Armed Forces of Ukraine smashed a column of Russian occupants equipment in May 2022. (@59ompbr.com.ua/Zenger)

This video shows explosions breaking out on fields in Ukraine at sunset as Russian military equipment is purportedly blown to shreds.

And a second video claims to show Russian military vehicles unconvincingly hiding among trees moments before they are turned into fiery wrecks by Ukrainian forces.

Zenger News obtained the first piece of footage from the 59th Motorized Brigade – a formation of the Ukrainian Ground Forces on Sunday, May 15.

The brigade said (in Ukrainian): “Artillerymen of the 59th Brigade defeated a column of orcs.

“Again, the racist equipment did not reach its destination. Again, they littered our fertile fields with their scrap metal.

“Well, they can’t find their way home. So our people show them the only right direction – following the ship.

Because there is nothing sown&mldr;”

And Zenger News obtained the second piece of footage from the Ukrainian Air Assault Forces (DShV) – the airborne forces of Ukraine on Sunday, May 15.

The DShV said (also in Ukrainian): “Artillery units of the DShV and the Land Forces of the Armed Forces of Ukraine found and destroyed the firing position of the rocket artillery of the Russian occupiers.

“MLRS [multiple launch rocket system] occupiers tried to fire on peaceful settlements in our country. However, the Defenders of Ukraine thwarted their plans. The consequences of ‘hunting’ are impressive:

“DShV – always first! Together with the Land Forces to victory! Glory to Ukraine!”

Neither the 59th Motorized Brigade nor the DShV specified where in Ukraine their respective strikes were filmed.