The footage shows Russian troops loading one Orlan-10 UAV with missiles before it takes to the sky and bombs targets in a field.
By Lee Bullen May 18, 2022
Facebook
Twitter
Linkedin
Email 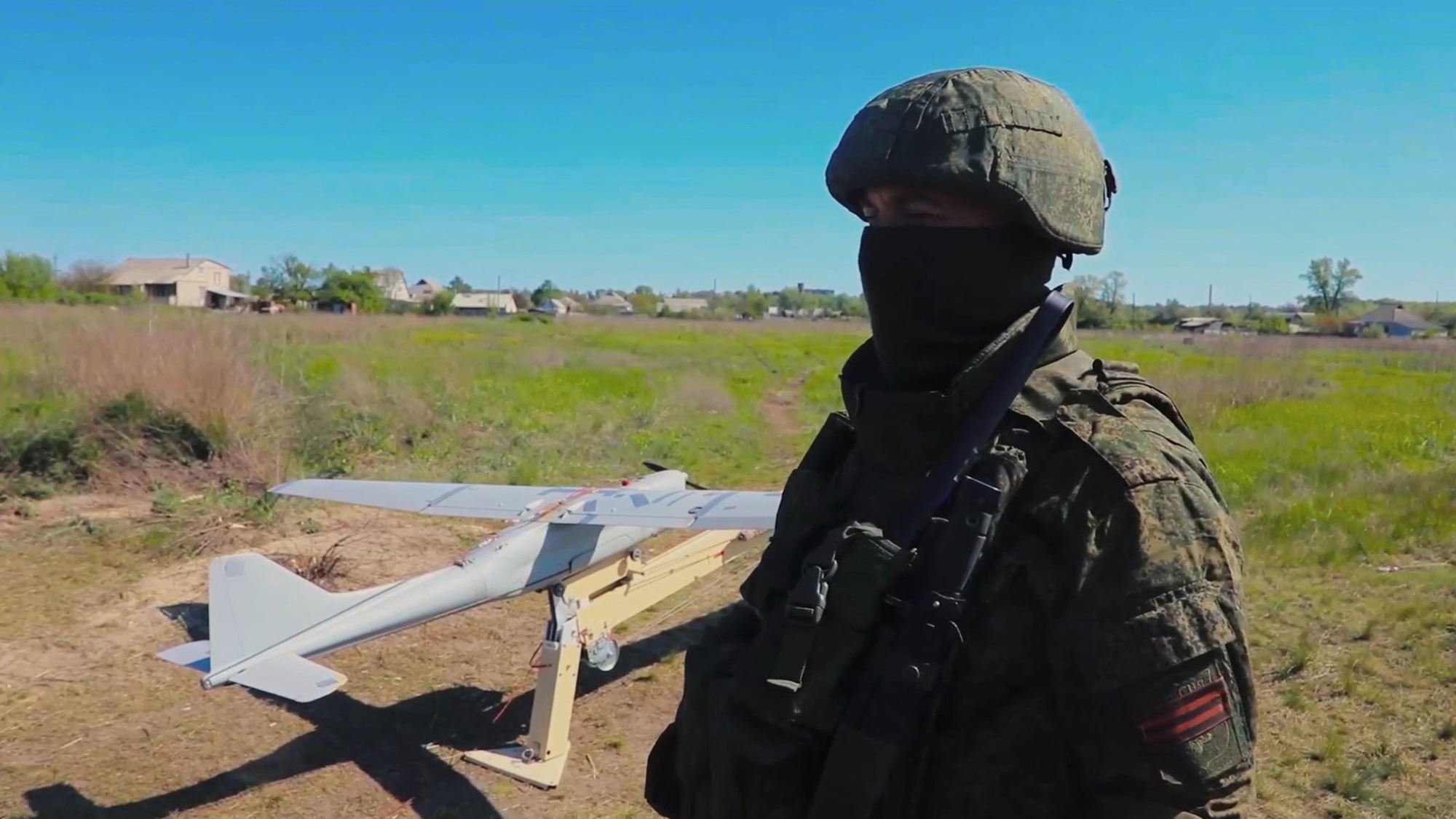 The Russian Defense Ministry showed footage of the combat work of Orlan-10 drones during a special operation in Donbass, Ukraine, in May, 2022. (Ministry of Defence of the Russian Federation/Zenger)

This is the moment a Russian ‘Orlan-10’ drone takes to the sky and drops bombs on a target in the Donbas region.

The Russian Ministry of Defense (MoD) said the Orlan-10 unmanned aerial vehicles (UAVs) are used to assist civilians allegedly being used as a human shield as well as carry out reconnaissance operations to find Ukrainian ammo depots and military bases.

The footage shows Russian troops loading one Orlan-10 UAV with missiles before it takes to the sky and bombs targets in a field.

UAV operator Yevgeny said: “We are carrying out aerial reconnaissance operations, finding targets. We then pass on the coordinates to our artillerymen. They, in turn, prepare the artillery fire.”

On May 17, the Russian MoD claimed that 265 Ukrainian fighters of the Azov Battalion surrendered at the Azovstal iron and steel plant in the under-siege city of Mariupol on Monday.

In a statement obtained by Zenger News, the Russian Ministry of Defense (MoD) said on May 17: “The surrender of militants of the nationalist ‘Azov’ unit began yesterday at the ‘Azovstal’ plant in Mariupol.

“Over the past day, 265 militants laid down their arms and surrendered, including 51 seriously wounded. All those in need of medical care were sent for treatment to a hospital in the city of Novoazovsk, Donetsk People’s Republic.”

However, the General Staff of the Armed Forces of Ukraine claims the invasion is not going as well as the Kremlin may have hoped.

May 17 marks the 83rd day of the Russian ‘special military operation’.