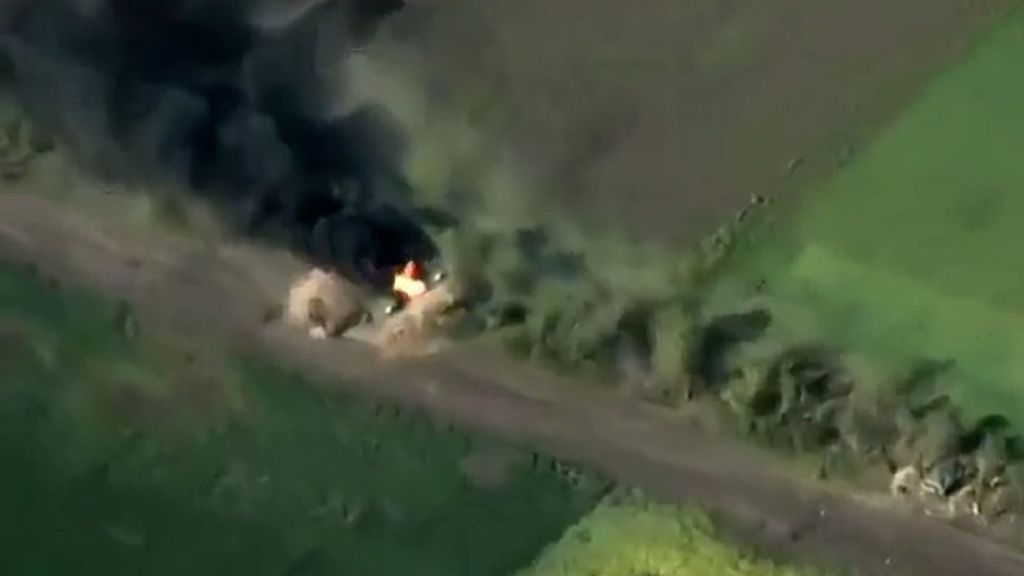 Soldiers of the 59th separate motorized infantry brigade named after Yakov Gandziuk, actively destroying the population of a particularly dangerous pest that has appeared on Ukrainian soil, in May 2022. (@AFUStratCom/Zenger).

This is the moment Ukrainian troops blast hidden Russian tanks in a field as the invasion enters its 83rd day.

The 59th Motorized Brigade, named after Yakov Gandziuk, a formation of the Ukrainian Ground Forces, said they are continuing to clear their territory of “rare pigs” that have become a “particularly dangerous pest”.

The 59th Motorized Brigade said on May 17: “Soldiers of the Yakov Gandziuk Brigade continue to actively destroy the population of a particularly dangerous pest that has appeared on Ukrainian soil – rare pigs.

“No protection or armor will save them. Ukrainians are experienced farmers. Let’s get rid of all the filth from our fertile lands by their roots.”

The Ukrainian Center for Strategic Communications (StratCom) also shared the footage with the message: “Soldiers of the 59th Motorized Brigade named after Yakov Gandziuk continue to actively destroy the population of a particularly dangerous pest that has appeared on Ukrainian soil.

“No protection, no armor will save them. Ukrainians are experienced farmers. Let us eradicate all filth from our fertile land by their roots. Believe in the Armed Forces of Ukraine!”