VIDEO: Strika A Paws: Adorable ‘Dogfluencer’ Has A Bigger Wardrobe Than His Owner 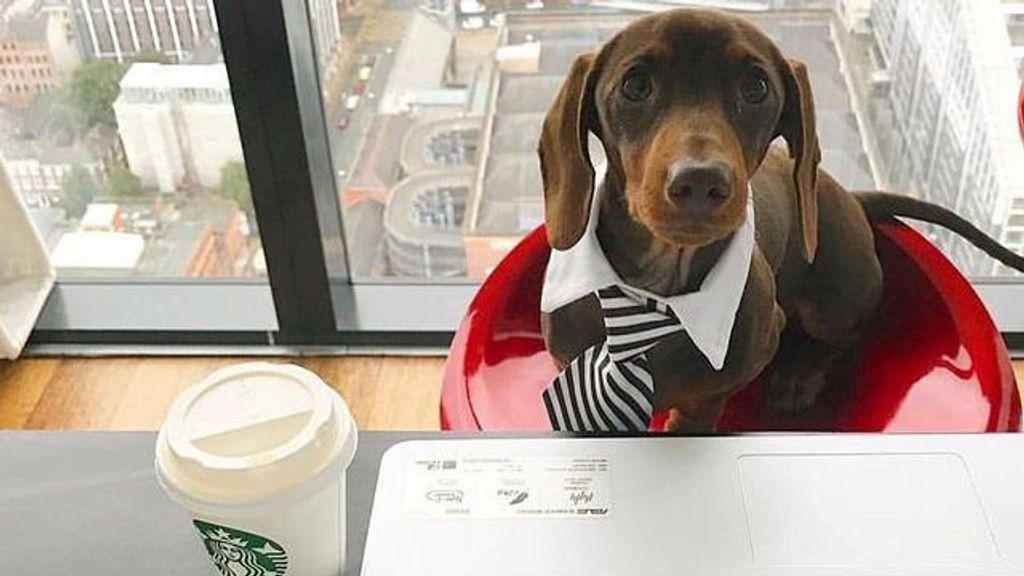 Meet the adorable ‘dogfluencer’ who has a bigger wardrobe than his owner, drives around in a mini-Mercedes and has promoted leading brands including Brewdog, Jack Daniels and Aldi.

Doting owners, Katie and Jake Baker, both 28, said the pedigree pup ‘loves’ the camera and has been happily dressing up and posing for photos since he was just three months old.

They even insist sausage dog Rocco has a ‘better social life’ that them after signing to a talent agency and gathering fans from across the globe.

The pooch has been sent boxes of clothes to promote and plugs big names on his page including TGI Friday, Black Rifle Coffee Company, and Go Outdoors.

Katie, a technology professional from Knutsford, Cheshire, said: “Rocco loves posing for the camera – he’s such a natural.

“He’s a tiny little dog but he thinks he’s much bigger than he is.

“Rocco is definitely a bit of a diva but he’s so loyal and loving. Even though he’s small, he’s got a huge personality.

“We’re glad so many people are enjoying him as much as we are.”

Rocco joined the Baker family in 2018 when he was just&ZeroWidthSpace; eight weeks old and has loved the limelight since he was a puppy.

He comes from a line of pedigree Dachshunds and his grandmother was a contender in the dog competition ‘Crufts’.

Katie and Jake, a technology professional, first posted a photo of Rocco in a red bow tie online when he was three months old, and the post went viral.

The couple set up his own Instagram page in 2018 and it was the start of Rocco’s rise to stardom.

Katie said: “He enjoys dressing up and he’ll sit patiently for a photo – it’s very cute.

“We couldn’t believe the response we got to his photos. Now he’s got followers from all over the world who love his posts.”

The couple, who live at home with their two-year-old daughter Cindy-Lou, said the pup is often sent clothes to promote and even owns a mini-Mercedes.

Katie said: “He has more clothes than me and definitely a better social life. He’s got boxes of items like bowties, collars, jackets, coats and hats.

“He knows when a package arrives for him, and he comes running to open it.”

According to Katie, Rocco is well-known around their hometown.

The tiny pup stands at just 11 inches tall but according to Katie, thinks he’s much bigger than he is.

She said: “Everyone recognizes him in the restaurants and shops. Someone even spotted him when we were on a trip to London.

“We both work at home, so Rocco goes everywhere with us – he’s part of the family. He definitely thinks he’s a human too.”

Despite his A-lister lifestyle, Katie insists Rocco is ‘humble’ family dog at heart.

She said: “He’s the sweetest dog and gets on so well with Cindy-Lou. He runs straight over to her when she’s back from nursey.

“He’ll always cuddle up to us on the sofa in the evening.

“I don’t think the fame has gone to his head yet.”