VIDEO: Spring Is In The Air: Little Roe Buck Gambles In Swiss Pasture

The video was shot by Levi Fitze, who is from the eastern part of Switzerland close to Saint Gallen.
By Arian Movileanu May 18, 2022
Facebook
Twitter
Linkedin
Email 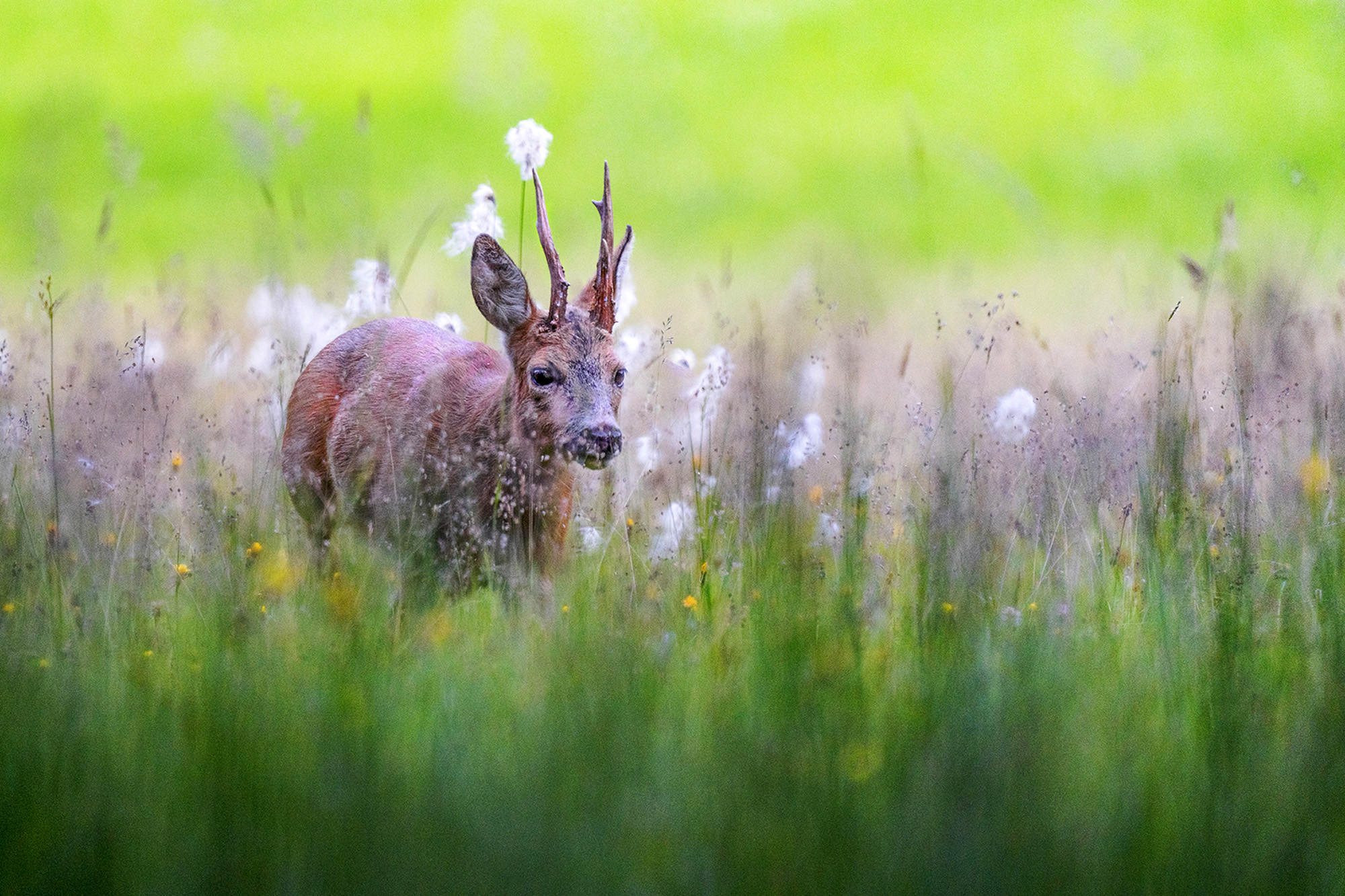 Roebuck enjoying spring on May 29, 2021, in Switzerland. (@levifitze/Zenger)

This is the delightful moment that spring is in the air for a little Roe Buck spotted in the meadow near a Swiss forest.

The video was shot by teenage photographer Levi Fitze, who is from the eastern part of Switzerland close to Saint Gallen.

Speaking to Zenger News about the moment he captured the snap, he said that he had seen the little Roebuck many times in the small meadow which is close to the forest where he lives.

He added: “During spring I often went to this place in the evenings after work. And this evening I was able to film this kind of behavior from the Roe Buck that I’ve never seen before.”

He edited images using lightroom but does not make many changes, saying that he prefers to show nature as it is “without much editing”.

He said he had been observing nature since he was 10 years old, and had developed a big passion for wildlife that gradually turned into photography.

He added: “It’s not easy because you can’t plan anything. It’s all about passion and patience. Sometimes I get not one good shot during months and then again three perfect images during one evening. That’s what wildlife photography makes so interesting.”

The Roebuck is the name for the male of the roe deer found in most places around Europe and particularly in mountainous areas. There are even interestingly enough founding in the Red Forest near Chernobyl in Ukraine where they seem to be able to survive despite the nuclear radiation.

However, despite a preference for areas above the tree line they can also flourish in agricultural areas if there are forested areas to retreat to. The forests provide them with sanctuary from their predators and they prefer to sleep there in the evening after scraping together a bed of leaves which also provide camouflage.

When scared, they can bark rather like a dog, and can flash their white rumps in order to alert other roe deer in the area to the threat of danger.

They feed typically on grass which is why the pasture was so attractive to this young Roebuck, but they will also eat leaves, berries and young shoots when available. They prefer the spring grass, in particular, to feed on after rain.

It is unclear how old this little specimen was, but they typically live for up to 20 years in captivity, although in the wild will rarely survive longer than 10 years. There are not many predators and therefore the population is mostly limited by the available food.

They are also very vulnerable when young to farm machinery as they will typically hide and stay still, hoping that their camouflage will protect them from predators, making it difficult to see for drivers of large agricultural vehicles such as harvesters.