VIDEO: From America With Love: Ukraine Troops Blast Russian Invaders With US Howitzers

Russian troops invaded Ukraine on February 24 in what the Kremlin is still calling a "special military operation".
By Lee Bullen May 18, 2022
Facebook
Twitter
Linkedin
Email 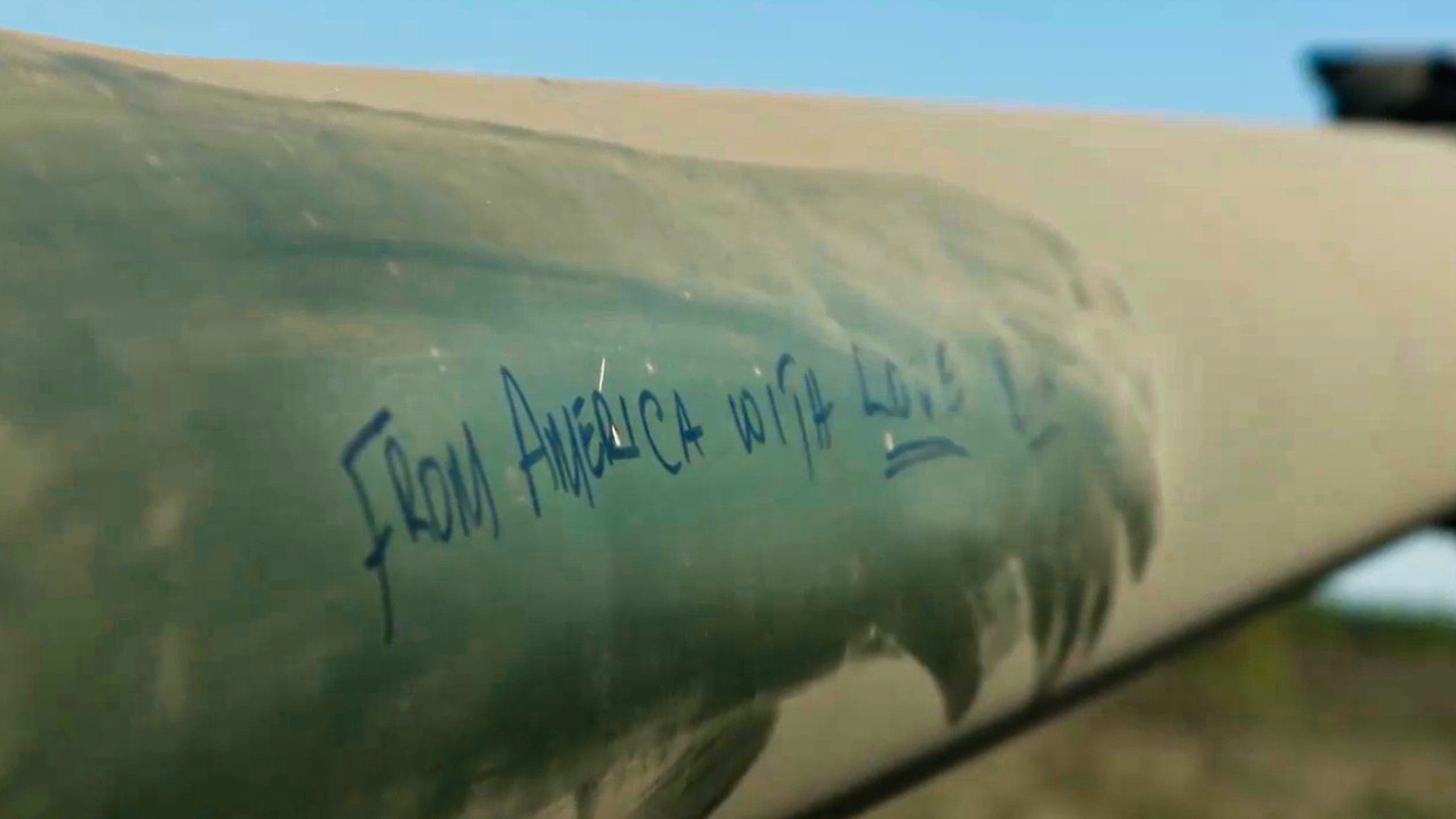 Howitzers M-777 from the United States are working in Ukraine at the forefront.  (Land forces of the Armed Forces of Ukraine/Zenger)

This is the moment Ukrainian troops shell Russian targets with brand new M777 howitzers donated by the US with the message “From America with Love”.

General Valerii Fedorovych Zaluzhnyi, 48, Commander-in-Chief of the Armed Forces of Ukraine since July 2021, said on May 13: “During a telephone conversation this night, the Chairman of the Joint Chiefs of Staff, General Mark A. MILLEY, asked me what the victory means to us.

“Actually, this is an important issue. For me, victory is the destruction of the enemy who is on our soil and the liberation of all the territories seized by them.

“I have informed General Milley about the operational environment. It remains difficult, but our mood is combative and we are focused only on victory.

“I also emphasized the enemy’s continued use of strategic cruise missiles. On a daily basis, the enemy fires 10 to 14 cruise missiles at civilian infrastructure facilities.

“Recently, Russia has resorted to the tactics of massive use of supersonic anti-ship cruise missiles of the Kh-22 type on these facilities. Thus, last day at the Kremenchuk oil refinery, the enemy used 12 cruise missiles, two of which we managed to shoot down with Stinger MANPADS.

“One of the reasons for the enemy’s transition to this tactic is the refusal to use aviation, which suffers vast losses.

“The telephone conversation with General MILLEY is yet another opportunity to express gratitude to the People and Government of the United States for the assistance provided, as well as an opportunity to assure that we keep strict records and control over the use of the provided materials.”

The Ukrainian General added: “We are ready to share all the materials with the US Embassy as soon as it returns to Ukraine.”

In an update late the same day, General Zaluzhnyi shared images of the American weapons in action with the message: “Special greetings and thanks from our artillerymen to the American people for the M777 howitzer.

“My guys know the price of artillery. First of all, they wanted to convey that this is a high-precision and very effective weapon.”

He added: “Together to Victory!”

Russian troops invaded Ukraine on February 24 in what the Kremlin is still calling a “special military operation”. May 17, 2022, marks the 83rd day of the campaign.