Zen and four others were detained by the Chinese government, charged with “collusion with foreign forces.”
By Clemente Lisi May 18, 2022
Facebook
Twitter
Linkedin
Email 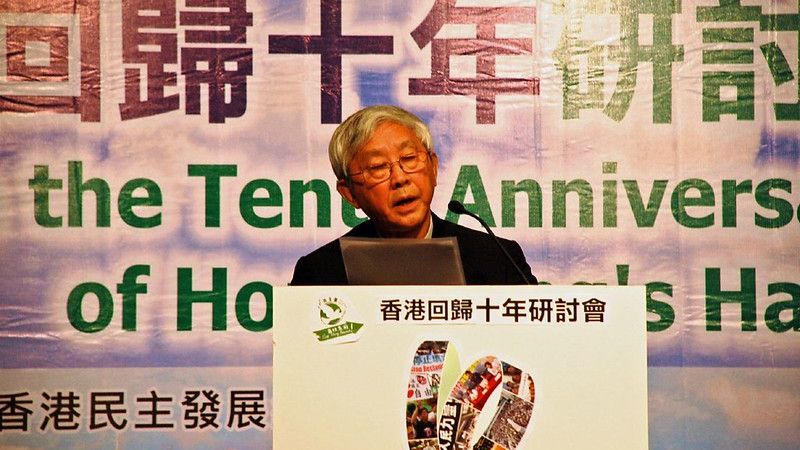 The Vatican has expressed “concern” after 90-year-old outspoken Cardinal Joseph Zen was arrested last week in Hong Kong on charges he had endangered China’s national security.

The humanitarian activist and religious freedom fighter previously served as bishop of Hong Kong from 2002 to 2009. He was detained along with four others in connection with his role as administrator of the 612 Humanitarian Relief Fund, which supported pro-democracy demonstrations by paying for the legal and medical expenses of protesters.

“The Holy See has learned with concern the news of Cardinal Zen’s arrest and is following the evolution of the situation with extreme attention,” Vatican spokesman Matteo Bruni said when asked about Zen’s arrest by reporters in Rome.

Hong Kong police said Zen had been involved with “collusion with foreign forces” for his role with the fund, which aided protesters starting in 2019.

Officials said last year they had embarked on a probe into the fund for possible violations of national security laws. The fund was able to raise $32 million before it was shut down in 2021.

The arrests also sparked concerns over potential wider crackdowns by the Chinese Communist Party against religious and pro-democracy groups in Hong Kong.

The U.S. bishops’ conference said Cardinal Zen was being prosecuted “due to his past role in administering a humanitarian fund for protestors.” It concluded the arrest “indicates a downward trend in respect for fundamental freedoms and human rights in Hong Kong,” according to Catholic Culture. However, the publication was upset the Vatican did not denounce the cardinal’s arrest.

The arrests follow Sunday’s decision — in a process controlled by Beijing — to have John Lee serve as Hong Kong’s new chief executive. Lee, a former security chief, ran unopposed for the position.

“Still powerful as a force of resistance in the Hong Kong Catholic Church, Zen was the last inspiring symbol of Hong Kong’s democratic movement untouched by the Chinese security apparatus,” Simon added in a piece published in The Washington Post following Zen’s arrest. “Part of what makes Zen so dangerous to the regime is his moral clarity, his courage and the power of his witness.”

Benedict Rogers, chief executive of 612 Humanitarian Relief Fund, said the arrests “signal beyond a doubt that Beijing intends to intensify its crackdown on basic rights and freedoms in Hong Kong. We urge the international community to shine a light on this brutal crackdown and call for the immediate release of these activists.”

Zen was seen leaving a police station hours after his arrest after posting bail. He has made no public comments regarding the charge or how he was treated.

“Zen, in other words, is everything the brutish Chinese regime is not,” Simon said. “The other 612 Fund trustees posed similar threats through the power of their own democracy activism. The priest, the lawyer, the politician, the professor, the singer — all from different walks of life, yet all profoundly decent and motivated by the knowledge that the rights of all are based on the protection of all.”

Zen has been an ongoing issue for the Chinese Communist Party.

In 2018, Zen appealed to Pope Francis to leave politics out of the selection of Catholic bishops in China.

The Holy See ultimately renewed its deal with the Chinese for another two years, ending a power struggle, despite concerns from Zen and others that it would be a sellout to underground Catholics in the country.

The controversial deal called for officials in Beijing to formally recognize the pope’s authority within the church. The pope, in turn, recognized the legitimacy of bishops previously appointed by the Chinese Communist Party.

In a handwritten letter sent exclusively to Religion Unplugged in November 2020, Zen reflected on the Vatican’s continued cooperation with the Chinese Communist Party, declaring the church in China “schismatic” and placing the blame on Vatican Secretary of State Cardinal Parolin for the brokered deal.

At the time, Zen even appeared to foreshadow what could happen to him in the future.

“Given the state security law, no public person who dares to speak freely can feel safe anymore,” Zen wrote. “I try not to provoke them, but there will be times I cannot keep quiet. For the moment, I don’t feel they are eager to arrest me.”