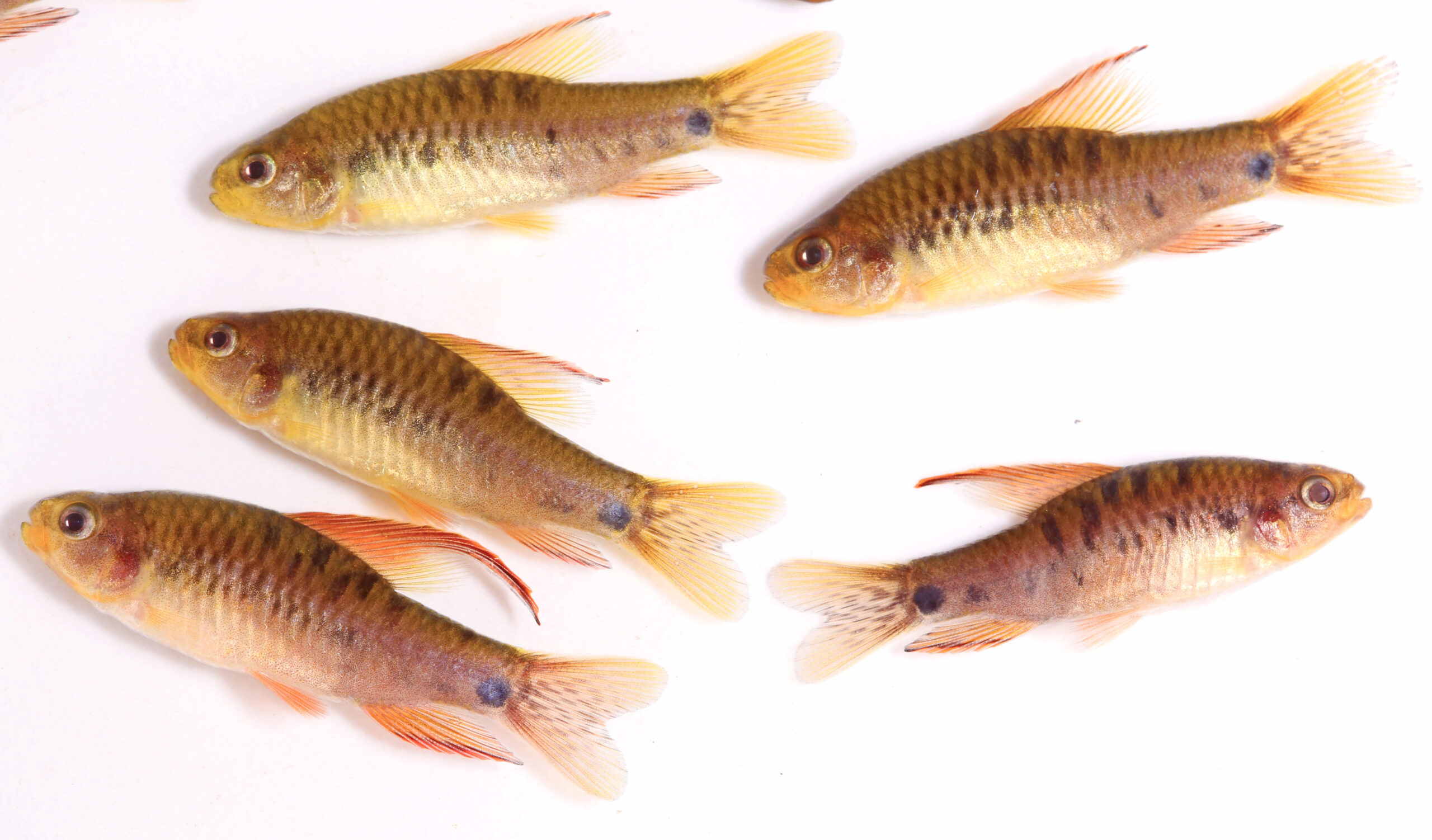 Both fish – commonly referred to as South American darters – could disappear if the Brazilian government does not take immediate action, say scientists.

They were found in the Amazon rainforest, roughly 25 miles north of the Brazilian city of Apuí, during an expedition between 2015 and 2016.

Unfortunately, the Apuí region has the second-highest deforestation rate according to pre-pandemic estimates.

The more colorful species is especially vulnerable, given it has only been found along 1.5 miles of a single stream.

Author Dr. Murilo Pastana at the Smithsonian National Museum of Natural History in the United States said: “It was exciting to find new species.

“But in the field, we saw the forest on fire, logging trucks carrying out huge trees, and cleared patches turned into cattle pasture.

“This made us feel a lot of urgency to document these species and publish this paper as quickly as possible.”

Nets and traps were used to collect fish from streams while the researchers camped along a road called AM-174.

Ironically, many of the roads they used to access previously unreachable parts of the jungle have been created by deforestation.

Dr. Pastana said: “We went to sample places that have never been visited by scientists.

“This area is really important because this is one of the frontiers where deforestation is moving north—the border between new cities and native forest.”

All the specimens which the researchers caught were photographed, cataloged, and preserved for further study.

A new species with vivid red-orange fins and a distinctive dark spot just in front of its tail was discovered.

It was found along the edges of a so-called black water stream, where tannins leached from fallen leaves make the water turn coffee-colored.

Males have even more colorful and sport dorsal fins, which can grow to be half their body length – just over an inch.

They could only be found in the same stream when the researchers returned in 2016 and combed the surrounding area.

Another species was discovered swimming among tree roots protruding from the banks of muddy watered streams.

The fish, dubbed P. rhizophilus, is yellow with males having dark streaks on their dorsal and rear fin.

It was categorized as miniature by the researchers, which is a term used to describe species that measure a little less than an inch long.

Genetic tests confirmed both fish were closely related, bringing the total number of species in their sub-family Crenuchinae to five.

It is the first time a species has been added to this group since 1957.

The exotic aquarium fish trade could also threaten the new species which are highly sought after, the researchers say.

Dr. Pastana said: “Losing either of these species would be like losing priceless masterpieces.

“You’d lose everything about these species.”

The findings were published in the Zoological Journal of the Linnean Society.

«Previous Post
Cashing In: A Rare 100 Pounds Banknote Found In A Charity Shop Has Sold For Over 170 000 Dollars»Next Post
Easy Viewing: Over Half Of Americans Love Comfort TV