The statistics found that in 2020 the observed alcohol use disorder-related deaths were about 25% higher than the projected rates.
By Simona Kitanovska May 18, 2022
Facebook
Twitter
Linkedin
Email 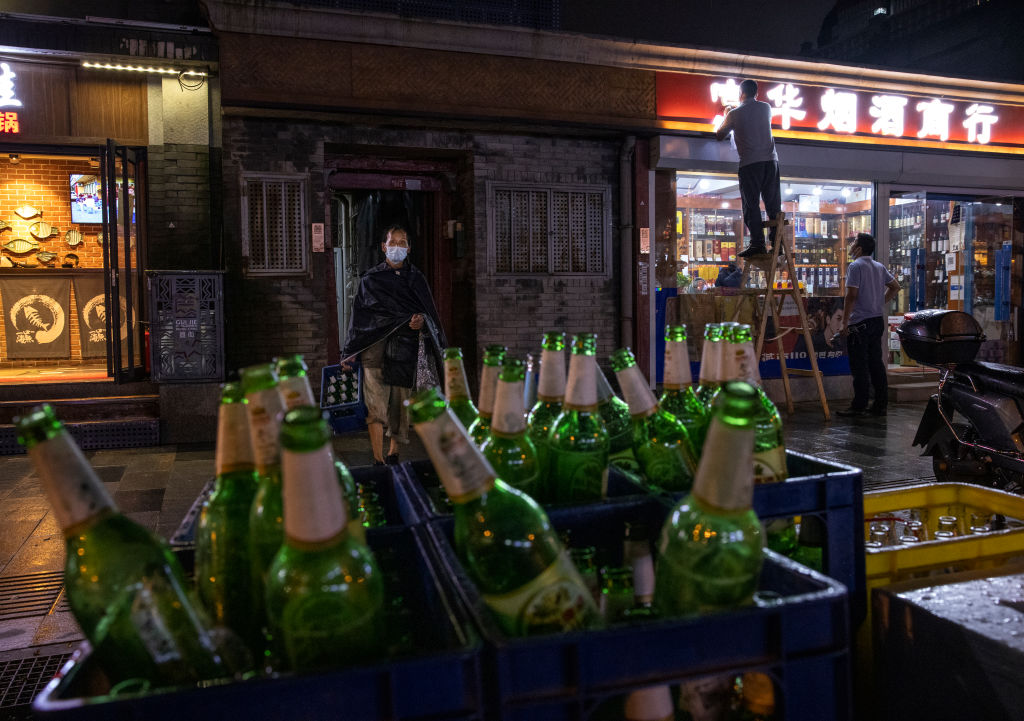 A man carries empty beer bottles as he collects them from a restaurant in a hutong neighborhood on September 8, 2021 in Beijing, China. (Photo by Kevin Frayer/Getty Images)

The COVID-19 pandemic caused a surge in alcohol problems particularly for young adults according to a new study.

Yee Hui Yeo, MD, MSc, lead author of the study, said: “During the first few months of the pandemic, my colleagues and I saw increased numbers of patients being treated for acute alcohol use-related conditions in the intensive care unit and throughout the medical center.

“We also became aware of reports from single centers of elevated alcohol use-related complications. That prompted us to think, maybe this is a significant public health crisis.”

Investigators obtained de-identified mortality data for seven years—2012-2019—from a Centers for Disease Control and Prevention database that registers more than 99% of all deaths in the U.S. They then used predictive modeling to determine 2020 and 2021 projected mortality rates based on previous years’ trends, and compared those with the rates that were actually observed.

Yeo said: “What we found in our analysis reflects what we had been seeing anecdotally in our patients and in academic papers tracking complications like alcohol-related liver disease.”

The shocking statistics found that in 2020, the observed alcohol use disorder-related deaths were about 25% higher than the projected rates.

A year later in 2021, the observed rates were about 22% higher than projected.

But the older adult group had the highest mortality rate throughout the study period, it was the younger group (ages 25-44 years) who suffered the greatest surge during the pandemic, which warrants public attention.

Yeo added: “We also know that alcohol use disorder is often under-reported, so actual mortality rates related to alcohol use may be even higher than reported.”

The Diagnostic and Statistical Manual of Mental Disorders, Fifth Edition, the reference that mental health professionals use to categorize mental health disorders, defines alcohol use disorder as “a problematic pattern of alcohol use leading to clinically significant impairment or distress, as manifested by at least two of the following, occurring within a 12-month period.”

The manual then lists 11 criteria, such as a craving or strong urge to use alcohol; recurring use of alcohol that results in a failure to fulfill obligations at school, work or home; and continued alcohol use despite having persistent social or interpersonal problems that are created or exacerbated by alcohol use.

Yeo concluded: “In publishing this article, we want everyone, especially policymakers and physicians on the front lines, to know that during the pandemic, there is really a significant surge in alcohol use disorder-related deaths.

“We also want to recognize that patients who die from alcohol use disorder-related causes tend to have social determinants of health, like lower socioeconomic status, that can make it harder for them to access healthcare and help. Finally, we want to make sure that patients who do seek treatment for alcohol or substance use have access to follow-up care to prevent secondary complications.”