Cancer Couple: Husband And Wife Discovered Both Have Cancer

The couple from Downham Market, Norfolk, who have two daughters and four grandchildren, discovered they both had cancer.
By Simona Kitanovska May 18, 2022
Facebook
Twitter
Linkedin
Email 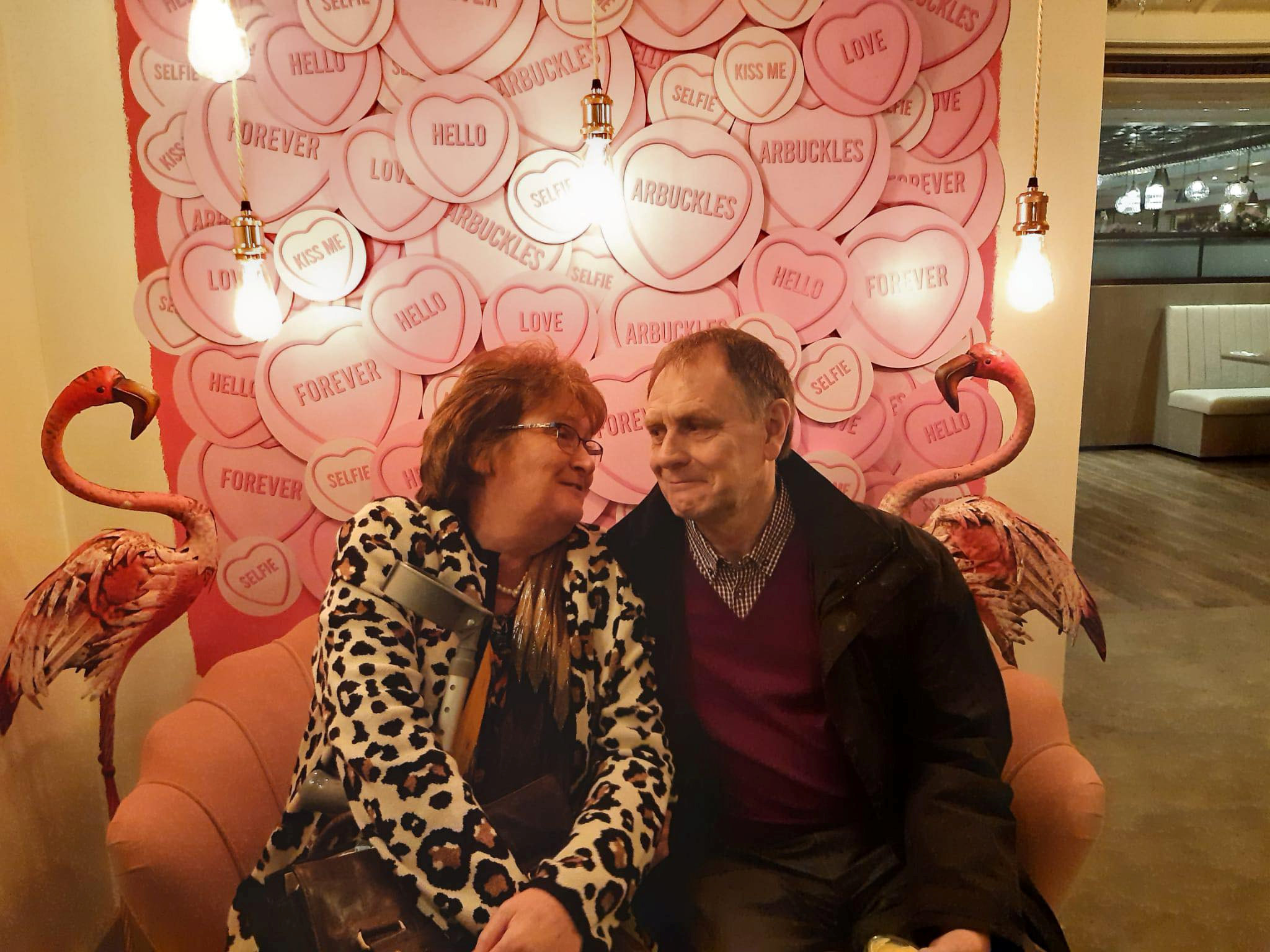 Diane Boothby, 63 and her husband, Paul Boothby, 69 who were both diagnosed with cancer. (Josie Adnitt/Zenger).

A husband and wife discovered they both had cancer after his diagnosis prompted her to go for tests.

Following her husband’s bowel cancer diagnosis, Diane Boothby, 63, decided she would invest in a private scan to investigate symptoms.

She was shocked to discover she was suffering from ovarian cysts.

Her husband, Paul Boothby, 69, had been diagnosed with stage three bowel cancer in August 2021 and underwent surgery to try and treat the tumor in September.

Meanwhile, Diane began seeing consultants while her husband prepared to undergo surgery – and was diagnosed with ovarian cancer in January 2022.

The couple from Downham Market, Norfolk, who have two daughters and four grandchildren, are now both in remission.

Diane said: “We’re traumatized at the moment – we both feel more emotional and traumatized about it than we actually did at the time when we were going through it.

“You have to push how you’re feeling to get diagnosed – if I’d left it and left it, who knows what could have happened.”

Paul received his diagnosis after a routine check-up – he had been feeling more tired than usual but didn’t think he was suffering from a stage three cancer.

Following his diagnosis in August 2021, he underwent surgery to remove his bowel in September of the same year and began chemotherapy treatment.

Diane had been struggling with her own health problems for some time, including severe bloating which had been put down to diverticulitis – an inflammation of the bowel.

However, Paul pushed her to spend the 190 pounds on a private scan and to her shock she discovered that she had ovarian cysts.

It wasn’t until she underwent an operation in December 2021 to confirm the cause of the cysts and remove her ovaries and fallopian tubes that doctors discovered Diane was in fact suffering with low-grade ovarian cancer.

To remove the rare cancer, her second operation saw her undergo a total hysterectomy in March.

Now, the couple are both cancer-free and recovering from their ordeal.

Diane said: “Paul’s stage three bowel cancer was picked up through a routine check-up – he had no symptoms apart from severe tiredness.

“Luckily, he has always done the check-ups since turning 60 and they’ve normally been fine, it was just the last one – we were shocked because we weren’t expecting it whatsoever.

“He was diagnosed in August and underwent surgery in September to remove his bowel, as well as a round of chemotherapy.

“I had been struggling for quite a while and kept saying there was something wrong with me – I had an enlarged stomach from bloating and had been referred to the bowel team to see if I needed a colonoscopy.

“I had been seeing lots of people and getting nowhere until Paul pushed me and said ‘right, go for a private scan’ – so that’s what I did.

“It cost 190 pounds and it was worth every penny.

“When I did ask for a gynecology referral, I was referred down the normal route until I went for a private scan.

“Following the scan, I had all the proof that I had ovarian cysts and I contacted my doctor to tell him I needed an urgent referral.

“I was put on the two-week pathway to be seen at the hospital and they thought it might have been an endometrial cyst although I also had a raised CA125 levels in my blood which can be an indication of ovarian cancer.

“I wasn’t diagnosed with cancer until January this year – I had to have two operations because they didn’t know if it was definitely cancer.

“I’ve been extremely lucky – my first operation was removal of ovaries and fallopian tubes and my second operation was a total hysterectomy and debulking surgery and I am also now cancer-free.

“Paul says he felt numb through the experience whereas I talk about it a lot but we both understand how each other is feeling which has been good – he says I can understand it when no-one else can.

“We’re not back in what we call the normal life yet because Paul had to isolate over December it meant we couldn’t do Christmas with the family but at least this year we’ll be here.

“We would like to thank the cancer charities and hospitals that supported us – The Big C, Macmillan and Overcan.

“We’ve been married forty-three years and haven’t celebrated our last wedding anniversary yet – we’ve still got lots to celebrate.”