Zenger News obtained the video from the 30th Independent Mechanized Brigade on Sunday, May 15.
By William McGee May 17, 2022
Facebook
Twitter
Linkedin
Email 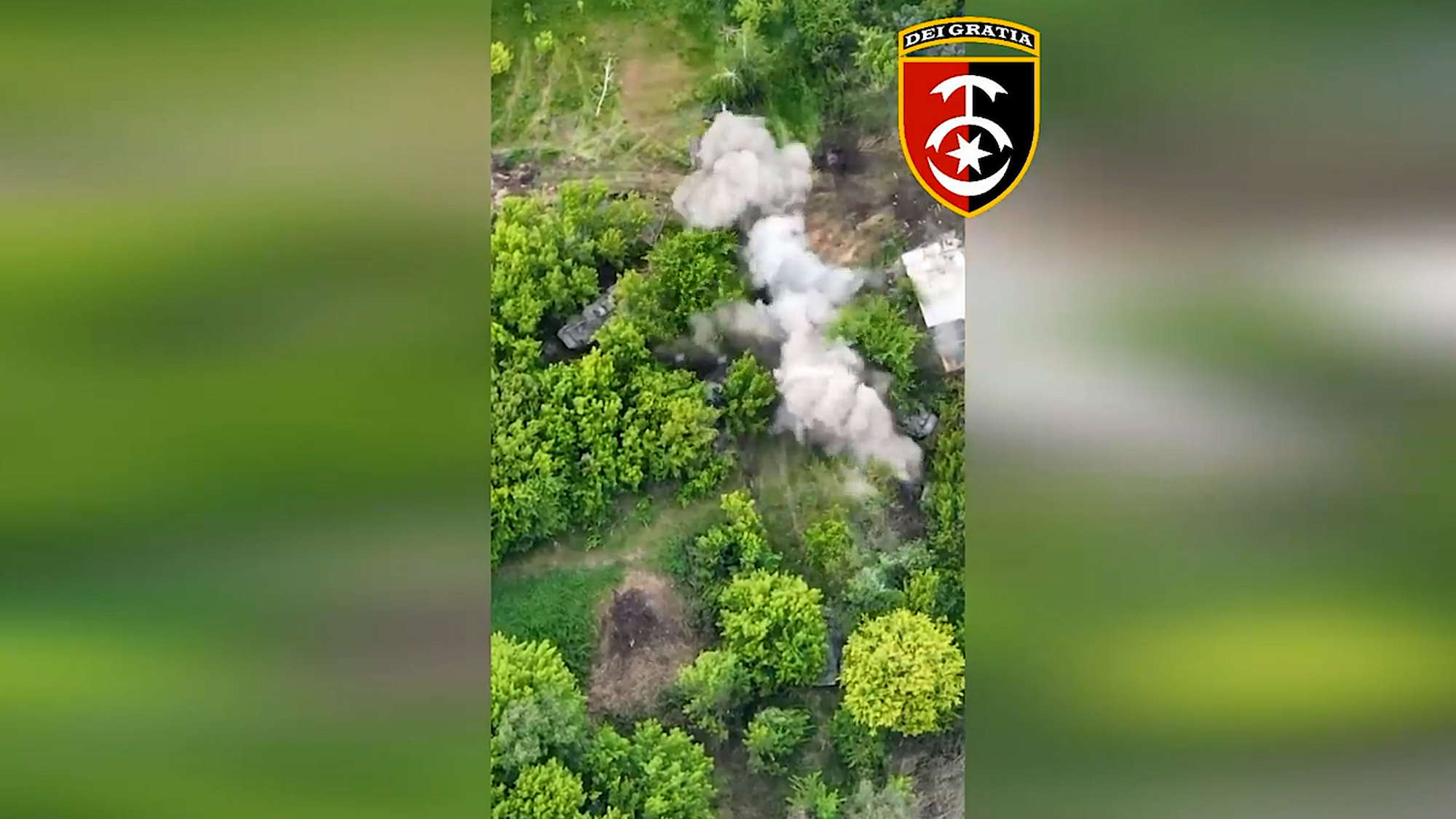 This footage purports to show Russian armored vehicles not very convincingly hidden among trees before they are blasted by Ukrainian ground forces.

Zenger News obtained the video from the 30th Independent Mechanized Brigade – a formation of the Ukrainian Ground Forces, on Sunday, May 15.

The footage opens with a number of Russian armored vehicles clearly visible as they nonetheless try to blend in with the surrounding foliage.

But suddenly, explosions are seen breaking out all around them and a nearby building can then be seen billowing smoke and flames.

The 30th Independent Mechanized Brigade joked that it was helping Russia to make a music video for the country’s next Eurovision entry.

The brigade said (in Ukrainian): “It is rumored that the Russians caused hysteria on the Internet over Ukraine’s victory at Eurovision 2022.

“We know that they did not take part in the song contest not only because Russia was excluded from participation and deprived of the right to vote, but also because they do not have worthy artists to represent the country.

“We decided to help them create the band ‘200 on Broken Equipment’ and even shot a bright video for them, ‘Burn Russia’.”

The brigade did not specify where in Ukraine the footage was shot.

Russia invaded Ukraine on February 24 in what the Kremlin is now calling a “special military operation” to “protect Donbass”. May 16, 2022 marks the 82nd day of the invasion.

The update comes as Ukrainian officials say troops counter-attacking near Kharkiv in north-eastern Ukraine have reached the Russian border.

The symbolic moment comes as Russian forces focus their efforts on the eastern Donbas region and southern Ukraine.

NATO Secretary-General Jens Stoltenberg has said the Russian invasion is not going to plan and that Ukraine can win the war.

Ukrainian officials have also said that 3,000 or more residents of devastated Mariupol are being held in a so-called ‘filtration camp’ in occupied Donetsk Oblast.

Russian filtration camps have been compared by some of the displaced Ukrainians held within them to concentration camps.