Deborah did not realize how big her win was until she scanned it into the lottery app.
By Lee Bullen May 17, 2022
Facebook
Twitter
Linkedin
Email 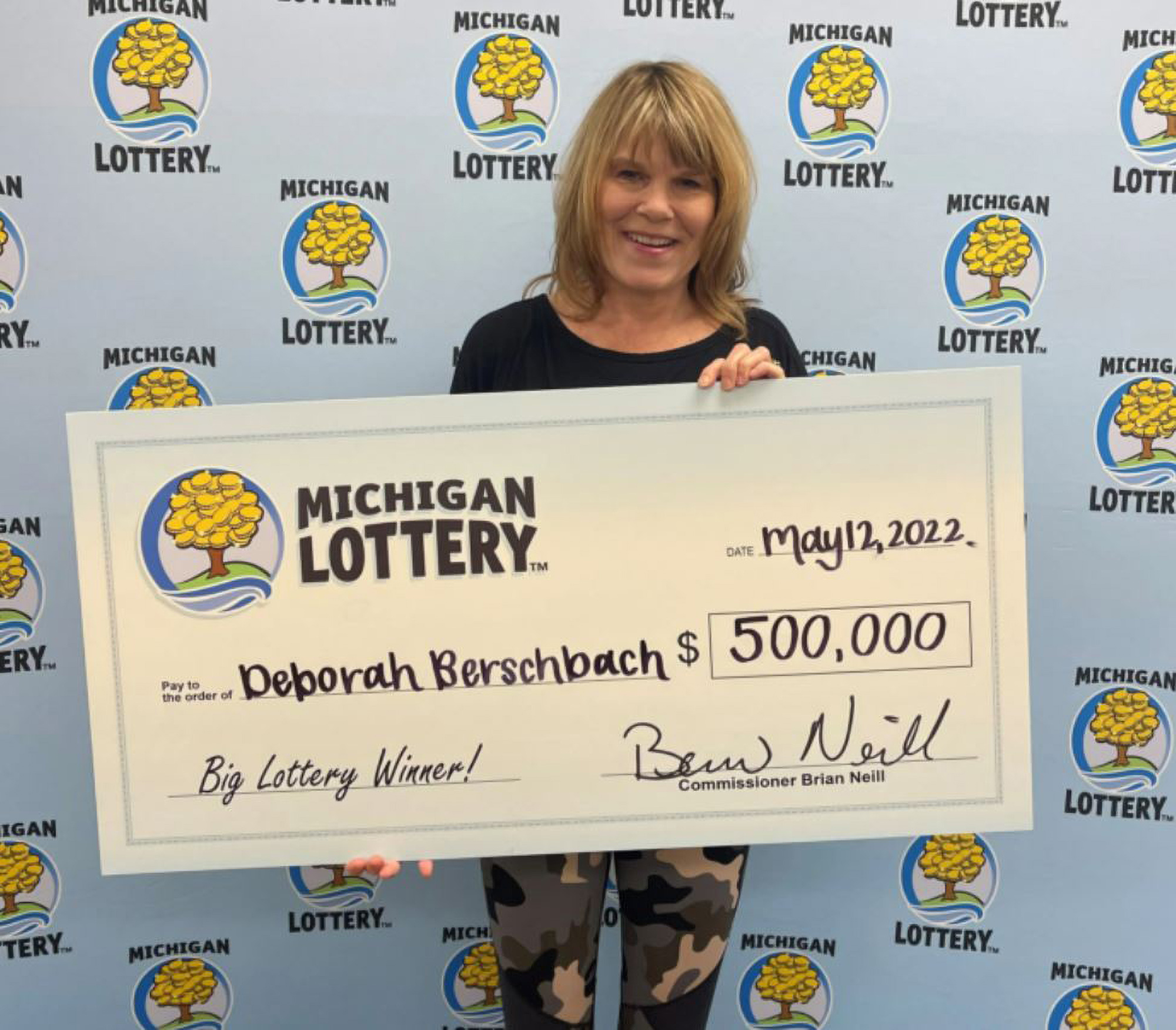 A woman scooped 500,000 dollars on the lottery after stopping to buy the ticket on the way to her weekend cottage.

Deborah Berschbach – from Royal Oak, Oakland County, Michigan, USA – said she only realized she had won when she was heading home after the break.

She told local media: “I stopped and purchased a ticket before heading to our cottage for the weekend.”

Deborah added: “On our way home Sunday, I got the ticket out to check it, and my husband said, ‘Wouldn’t it be something if you won big for Mother’s Day?’.”

Deborah did not realize how big her win was until she scanned it into the lottery app.

She said: “When I scanned the ticket on the Lottery app and the amount of 500,000 dollars came up on the screen, we couldn’t believe it.

“We both looked the ticket over what seemed like 100 times. We were shaking the whole way home!

“It still hasn’t sunk in that we won, and it feels like we are in a daze! Winning is overwhelming in the best way possible.”

The lottery company said: “Berschbach visited Lottery headquarters recently to claim her prize. With her winnings, she plans to pay off her home and then save the remainder.

“The Powerball jackpot was last won on April 27. One ticket bought in Arizona won the 473.1 million dollars jackpot. The current jackpot stands at 83 million dollars.”

Last week, a lucky 65-year-old man won 242,256 dollars with Michigan Lottery after forgetting he had bought the winning ticket.

After stopping at a petrol station to fill up his car, the man – whose name was not disclosed – said: “I forgot I had purchased the tickets until I saw them in my wallet a few days later!”

Meanwhile, last month, Gregg Hensley of Marion won 200,000 dollars on the Multiply the Cash second-chance drawing, his third big lottery win in as many years.