Zenger News obtained the footage from the People's Militia of the DPR (Donetsk People's Republic) on Sunday, May 15.
By William McGee May 16, 2022
Facebook
Twitter
Linkedin
Email 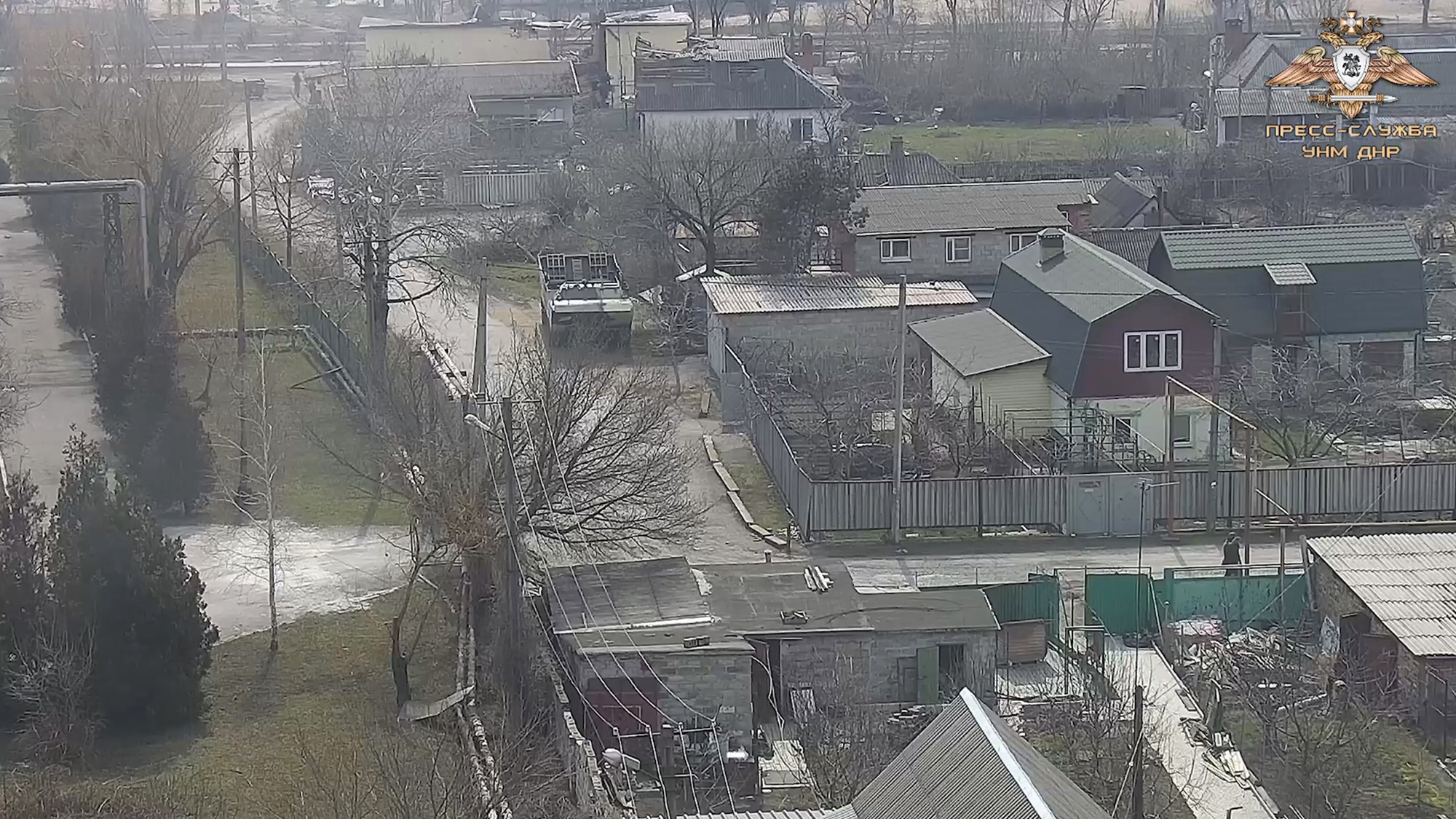 Donetsk People's Militia secured the territory of the Azovstal plant in Mariupol, Ukraine after fighting with the Azov regiment. (@nm_dnr/Zenger)

This dystopian footage shows the devastated Ukrainian port city of Mariupol as battle still rages on all around for control of the Azovstal metallurgical plant.

Zenger News obtained the footage from the People’s Militia of the DPR (Donetsk People’s Republic) on Sunday, May 15.

The militia of the breakaway state said (in Russian): “The battle for the slag dump of the Azovstal plant.

“In April 2022, in order to reliably block Ukrainian nationalists on the territory of the Azovstal plant, the special operations battalion, units of the 9th regiment of the NM [People’s Militia] DPR, units of the 810th Marine Brigade of the Black Sea Fleet of the RF [Russian Federation] Armed Forces and units of other power structures of the Republic assaulted the boat station and slag dump on the territory of the Azovstal plant in the city of Mariupol.

“During the battle, the nationalists of the Azov regiment were driven out of the territory of the boat station.

“Under constant fire, they were forced to abandon their positions and take up a line of defense on top of the slag heap.

“Thanks to the decisive and skillful actions of the fighters of the NM of the DPR and the RF Armed Forces, the enemy was defeated and fled deep into the territory of the plant.”

A second, equally dystopian video shows the battle for the Azovstal steelworks from an even closer range.

The footage shows troops discharging their weapons, tanks daubed with ‘Z’ symbols patrolling, and structures on the plant being hit and plumes of smoke rising from them.

Zenger News obtained this second video from the People’s Militia of the DPR today.

The People’s Militia said: “Units of the NM of the DPR and the RF Armed Forces destroy enemy firing points at the Azovstal plant.

“Since the militants of the Armed Forces of Ukraine and nationalist units located on the territory of the Azovstal plant in Mariupol refuse to immediately lay down their arms, units of the People’s Militia of the DPR and the Armed Forces of the Russian Federation effectively suppress their firing points using the entire range of weapons available.”

Russia invaded Ukraine on February 24 in what the Kremlin is now calling a “special military operation” to “protect Donbass”. May 16, 2022, marks the 82nd day of the invasion.

The Siege of Mariupol began on February 24 and is still ongoing.

95% of all structures in the city have since been damaged or destroyed, and the last Ukrainian forces are now surrounded in the Azovstal metallurgical plant.