This is the moment the ‘Singing Soldier of Azovstal’ belts out a song and shows she is alive following rumors of her death.
By Darko Manevski May 16, 2022
Facebook
Twitter
Linkedin
Email 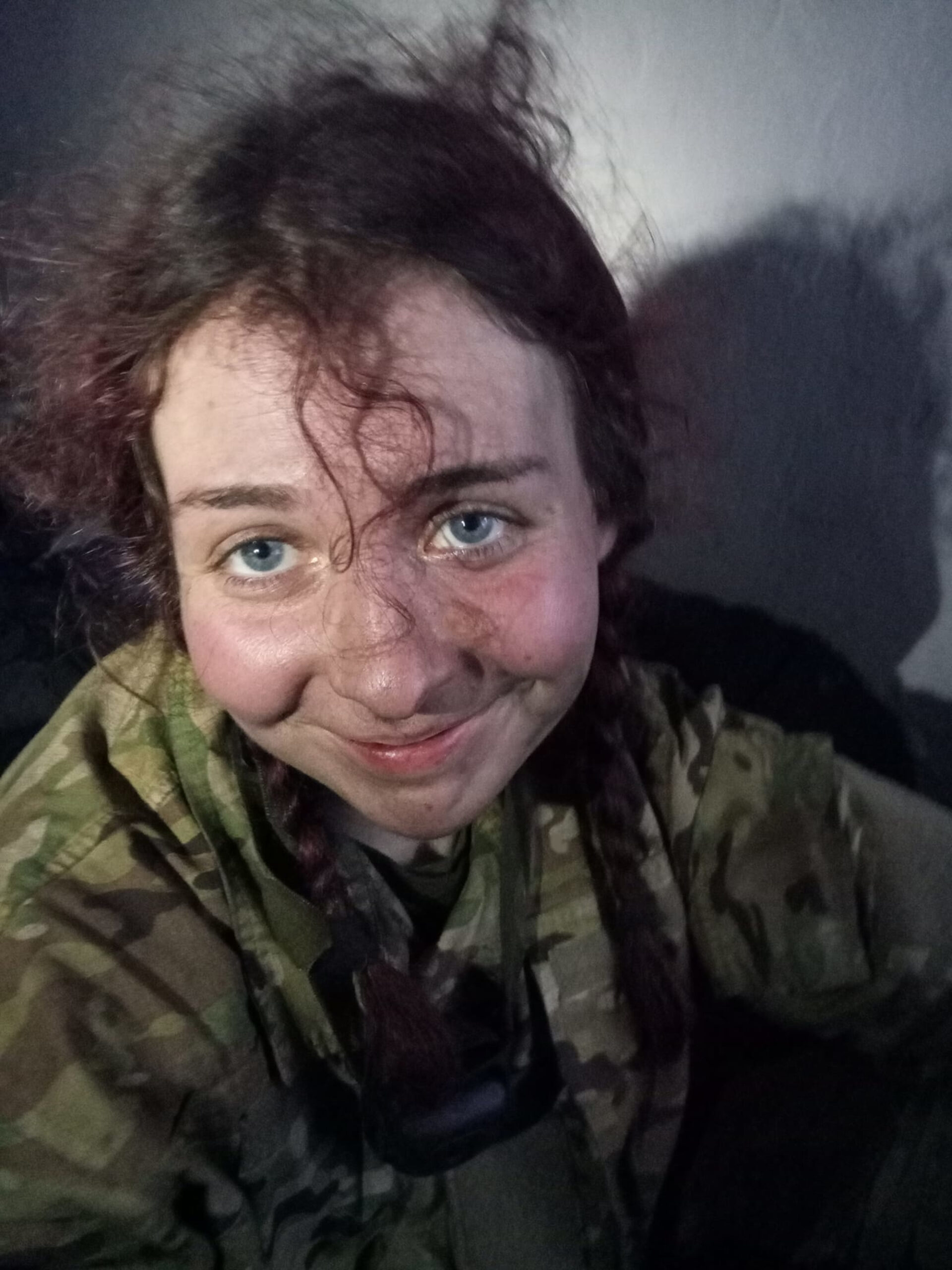 The combat medic Kateryna who became known after singing below the Azovstal steelworks in Mariupol, Ukraine. (@nik.mark.186/Zenger)

This is the moment the ‘Singing Soldier of Azovstal’ belts out a song and shows she is alive and well following rumors of her death.

The National Guard of Ukraine said on May 12: “Her singing conquered all of Ukraine. The video of combat medic Kateryna singing a march of Ukrainian nationalists has been seen by anyone who knows how to use the internet.

“A few days ago, it was reported that the Azovstal paramedic, Kateryna Ptashka, had died as a result of Russian bombing.

“However, Kateryna is alive and well! Her magical singing can be heard every day.

“She rescues wounded civilians and soldiers and promises to “shoot the knees” of anyone who writes about her ‘death’.”

Footage released earlier this week shows the Azov paramedic, aged 21, singing in a bombed warehouse with other soldiers.

Kateryna, who comes from the village of Sosnivka near Shums’k, graduated from music school and used to take part in different theatrical productions after joining the theatre company Suzirya.

Two years ago, Kateryna moved to Kyiv and got a job at a motorbike school. At the same time, she developed an interest in history and became politically active, joining a human rights group and taking part in protests.

Last year, she underwent training to become a paramedic and traveled to the war zone in Donbas to help the Ukrainian military.

She initially kept her role in the Donbas a secret from her parents and eventually told them when she was on the frontline.

Today, she cheers up her colleagues in the Azov Battalion with songs to lift their spirits and continue the stand against the Russian invaders.

Russian troops invaded Ukraine on February 24 in what the Kremlin is still calling a “special military operation”. Today marks the 79th day of the campaign.