This is the moment pro-Russian Donetsk fighters load up howitzers and shell Ukrainian targets. 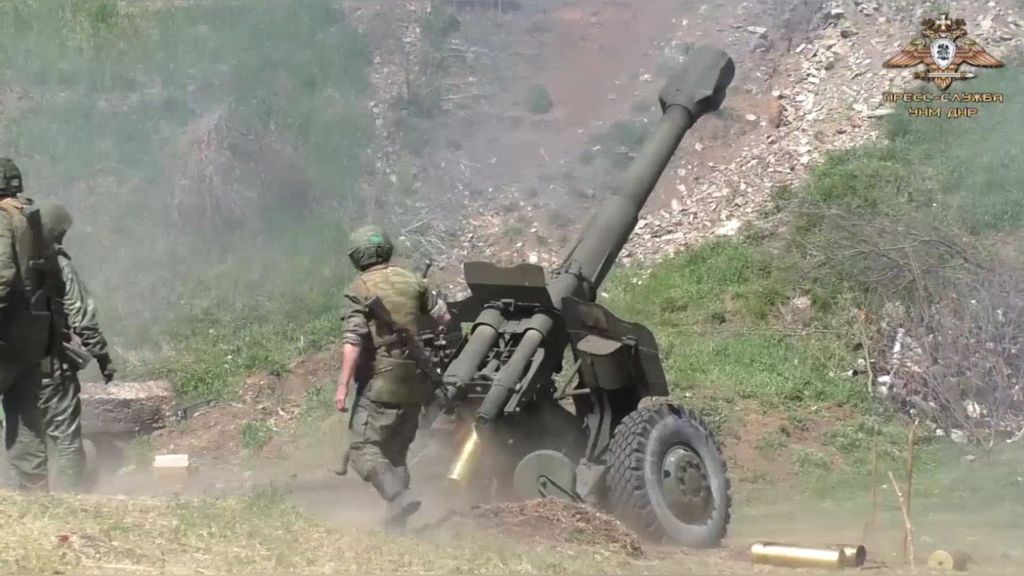 Artillery of the Donetsk People's Republic suppresses the activity of Kyiv nationalists in the Avdiivka area, Donetsk region in May 2022. (@nm_dnr/Zenger)

This is the moment pro-Russian Donetsk fighters load up howitzers and shell Ukrainian targets.

The attack was filmed near the city of Avdiivka in the eastern Ukrainian region of Donetsk Oblast.

The People’s Militia of the Donetsk People’s Republic (DPR) said on 13th May: “DPR artillery suppressed the activity of Kiev nationalists in the area of Avdiivka.

“Detachments of the NM of the DPR, with the support of the RF Armed Forces, are confidently advancing on the Avdiivka area.”

The People’s Militia added: “The artillery of the NM DPR suppressed firing points, the concentration of enemy equipment and personnel, including all types of weapons. Maneuvers from the air caused the most accurate fire damage.”

Russian troops invaded Ukraine on February 24 in what the Kremlin is still calling a “special military operation”. Today marks the 79th day of the campaign.