This is the moment fighters of the Luhansk People's Republic battle with Ukrainian forces.
By Darko Manevski May 16, 2022
Facebook
Twitter
Linkedin
Email 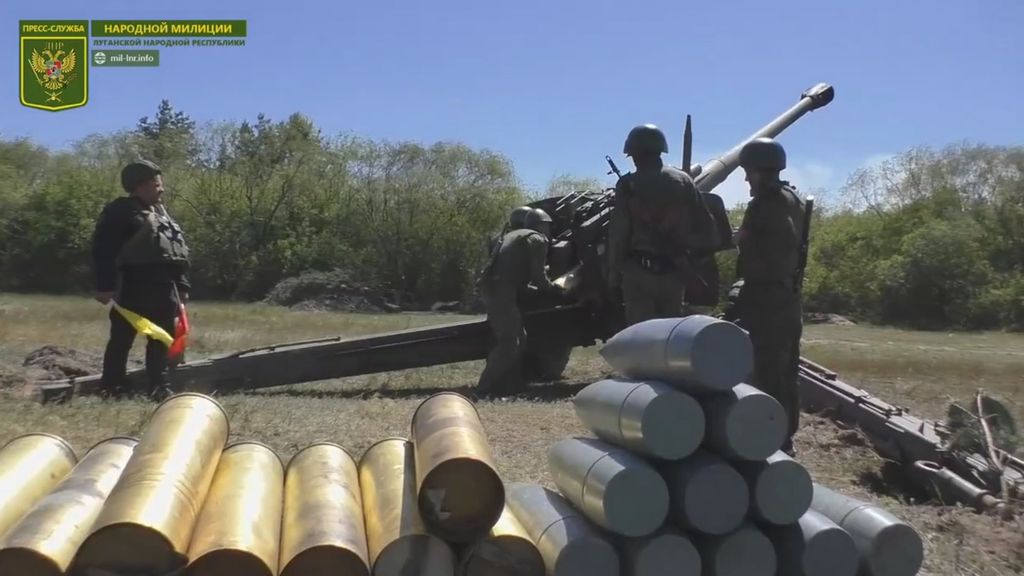 This is the moment fighters of the Luhansk People’s Republic battle with Ukrainian forces and reportedly “liberate” new territories in the region.

The Luhansk People’s Republic (LPR) said they carried out the “liberation” of occupied territories from “Ukrainian militants”.

The People’s Militia of the LPR said they battled with Ukrainian forces in and around the city of Rubizhne in the easternmost Ukrainian region of Luhansk Oblast.

With the support of Russian troops, the LPR militia claimed they took out well-fortified Ukrainian positions and claimed new turf with the use heavy artillery, grenade launchers, and small arms on the ground.

From 24th February to 13th May, the total combat losses of Russian troops stand at around 26,900 personnel, according to the General Staff of the Armed Forces of Ukraine.