The award honors those who utilize the power of science to advance questions about religion and humanity.
By Paul Glader May 16, 2022
Facebook
Twitter
Linkedin
Email 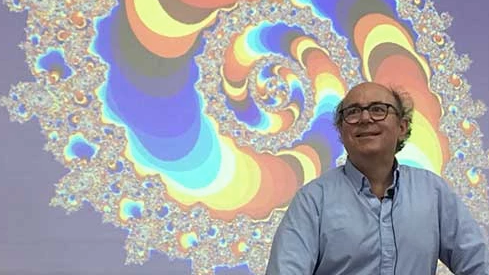 He just received the Templeton Prize in 2022, adding to the awards for the thinker who won a Nobel Prize for his explorations into the laws of nature.

“He is one of those rare and wonderful individuals who bring together a keen, creative intellect and an appreciation for transcendent beauty,” said Heather Templeton Dill, president of the John Templeton Foundation, announcing the award on May 11. “Like Isaac Newton and Albert Einstein, he is a natural philosopher who unites a curiosity about the behavior of nature with a playful and philosophical mind.”

The Templeton Prize is given to honor one person each year who advances deep questions about religion, humanity and the universe. The award typically goes to an academic or thinker who uses the power of the sciences to address these questions.

Valued at more than $1.3 million, the prize was started by the late global investor and philanthropist Sir John Marks Templeton and is one of the largest given to an individual each year.

Wilczek, the Herman Feshbach Professor of Physics at the Massachusetts Institute of Technology, won the Nobel Prize in 2004 for his early-career work on the fundamental theory of strong nuclear force. He has continued to work on new concepts in physics, such as time crystals, axions and anyons.

Wilczek, 70, has written several popular books, including “A Beautiful Question” (2015), “The Lightness of Being” (2008) and “Fundamentals” (2021). He writes a column for The Wall Street Journal about scientific subjects. His achievements in physics include establishing theoretical descriptions of one of the four fundamental forces in nature and proposing a leading explanation for dark matter.

“God is under construction,” Wilczek said in a podcast interview with ReligionUnplugged.com. “We are learning what God is. To me, that’s what a lot of fundamental science is about — to understand what the world is and to infuse it with meaning ourselves.

“We, as humans, control a lot of important parts of our destiny. We are, very possibly, the vanguard of complexity and intelligence in the universe — or at least a significant part of it. It’s a tremendous opportunity and also, in a way, a responsibility to do justice in that gift,” he said.

Also in the interview, Wilczek said he was raised in New York City by parents with Italian and Polish backgrounds, who wanted him educated in the Catholic tradition. “I’m very grateful for that.”

“As a child, I took it very, very seriously, and I think it had a residual influence in my later life in helping me to think big and look for the hidden meaning of things.”

Wilczek said he aspired to be a saint as he headed into his teenage years, studying the catechism deeply while also emerging as a gifted child, a prodigy in science. He said over time, his explorations into science and religion began to conflict.

“I couldn’t reconcile the details of the dogma with how the world really works,” he said. Scriptures represent contemporary human knowledge of the ancient times, but didn’t account for the vast scale of the universe or the interior world of quantum mechanics, he said. “That left a void.”

Wilczek said he remained influenced by religious questions as to the hidden meaning to things. “That stayed. It left me with a hunger that I’ve been trying to satisfy ever since.”

Templeton wanted the prize to bear a higher monetary value than the Nobel and other top prizes to show the importance of religion and spirituality intersecting with science and other fields.

Early winners of the prize included religious figures such as Mother Teresa in 1973, evangelist Billy Graham in 1982 and Aleksandr Solzhenitsyn in 1983. In the 1990s, winners included evangelical ministry leaders, such as Charles Colson in 1993, infamous for being Richard Nixon’s hatchet man and serving time in prison. Catholic theorist Michael Novak won in 1994 and Campus Crusade for Christ founder and evangelist William R. “Bill” Bright in 1996.

In more recent decades, the award has included many diverse global figures in religion, such as the Dalai Lama XIV from Tibet (China) in 2012 and Desmond Tutu from South Africa in 2013.

This year’s selection follows a trend of the prize being awarded more frequently to scientists. The 2020 winner, Dr. Francis Collins, is a geneticist who headed the National Institutes of Health. The 2021 winner, Jane Goodall, is a British ethologist who became famous for her long-term research on chimpanzees in Gombe Stream National Park in Tanzania.

During a podcast interview with ReligionUnplugged.com, Wilczek referenced Albert Einstein’s pantheistic idea of the “God of Spinoza,” based on the 17th-century Dutch philosopher Baruch Spinoza.  He noted that some scientists find the word “God” uncomfortably vague. And some worry that invoking God can be used for evil purposes, whether war or politics.

Wilczek pointed to aspects of high civilization coming from religious ideas, saying he considers St. Augustine an early scientist and believes some scientists, like him, should feel comfortable invoking the idea of God.

“There is a spiritual quality to his ideas,” Heather Templeton Dill said of Wilczek. “Through his written work, he has invited all of us to join him in the quest for understanding. When we come face to face with the beauty that Dr. Wilczek describes, we can’t help but wonder about humankind’s place and purpose in the universe.”

Wilczek said he has a heavy research agenda, pursuing topics such as the Alpha collaboration at CERN, which involves detecting axion particles and their relation to dark matter. He said he’s also writing a book called “Futures” that expands on science and its influence on the future.

“By studying God’s work, we discover what God is,” he said in a Templeton video. “In studying the laws and figuring out the universe and how it works, we are discovering what reality is. In recent years, I’ve been thinking about what it all means.”

Paul Glader is executive editor of ReligionUnplugged.com and a professor of journalism at The King’s College NYC. He has reported from dozens of countries for outlets ranging from The Wall Street Journal, The Washington Post, Der Spiegel Online and others. He’s on Twitter @PaulGlader