The fraudster launched OneCoin in 2014, with investors plowing a total of around 4 billion euros (4,1 billion dollars) into it. 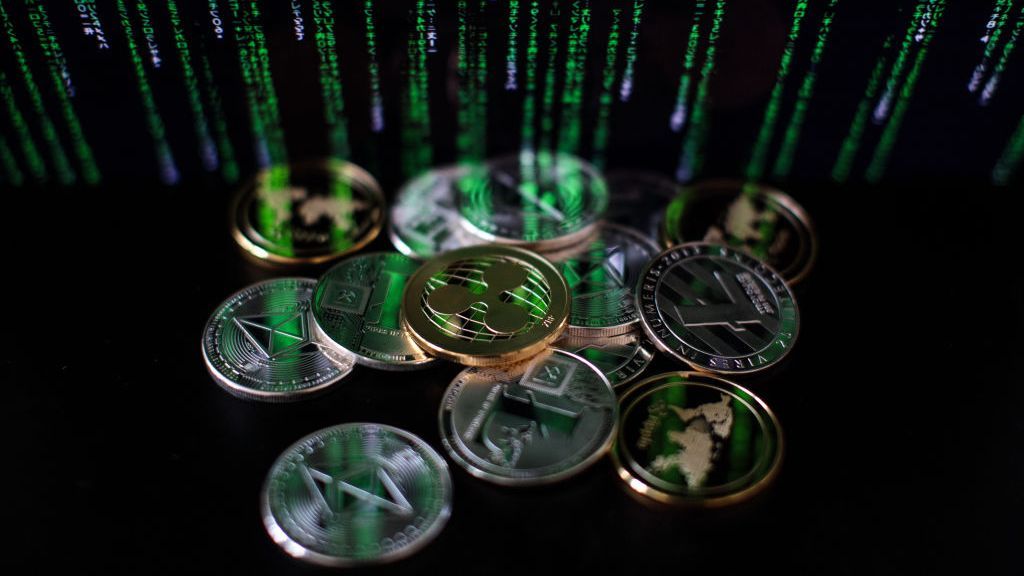 In this photo illustration of the litecoin, ripple and ethereum cryptocurrency 'altcoins' sit arranged for a photograph on April 25, 2018 in London, England. Cryptocurrency markets began to recover this month following a massive crash during the first quarter of 2018, seeing more than 550 billion dollars wiped from the total market capitalisation. (Photo by Jack Taylor/Getty Images)

A ‘crypto queen’ who scammed investors and disappeared with their millions half a decade ago may have had plastic surgery to avoid capture, say cops in Germany.

The only problem was it was a scam.

The fraudster launched OneCoin in 2014, with investors plowing a total of around 4 billion euros (4,1 billion dollars) into it.

From Germany alone, the qualified lawyer and her accomplices are believed to have stolen 88 million euros (91,3 million dollars).

Dr. Ignatova, who speaks Bulgarian, German, and accented English, was last seen in Athens, but her current whereabouts remain a mystery.

Some speculate she was murdered. Others say she lives in Russia under the protection of a powerful person.

Dr. Ignatova is listed on Interpol and Europol in 194 countries, but police are warning civilians not to approach her in case she is armed.

Investigators from the State Criminal Police Office of North Rhine-Westphalia (Germany) have been trying in vain to track her down since 2020.

They have published her photo and given details about her appearance. However, they stated (in English): “Ruja Ignatova could have surgically changed her appearance as seen in the photos.”

They continued: “Dr Ruja Ignatova, Doctor of Law, is suspected of having, as the driving force and intellectual inventor of the alleged cryptocurrency ‘OneCoin’, induced investors all over the world to invest in this actually worthless ‘currency’.

“The fraud-related loss established so far is in the upper double-digit million range. The loss caused on a global scale probably amounts to several billion dollars.

“The wanted person’s whereabouts have been unknown since October 25, 2017, and she has not appeared in public since this date, neither in connection with OneCoin nor otherwise.”

The police cautioned that “Ignatova or possible persons accompanying her might be armed”.

They continued: “It is probable that the wanted person is staying abroad, possibly with potential supporters.

“A reward of up to 5,000 euros is offered for any crucial information leading to an arrest of the perpetrator. The award and distribution will be decided under the exclusion of legal action. This reward is intended exclusively for private individuals and not for public officials whose professional duties include the prosecution of criminal offenses.”