The villa may bear silent witness to the horrors of Hurricane Mitch, which hit Honduras and Nicaragua in 1998.
By Zachary Rosenthal May 16, 2022
Facebook
Twitter
Linkedin
Email 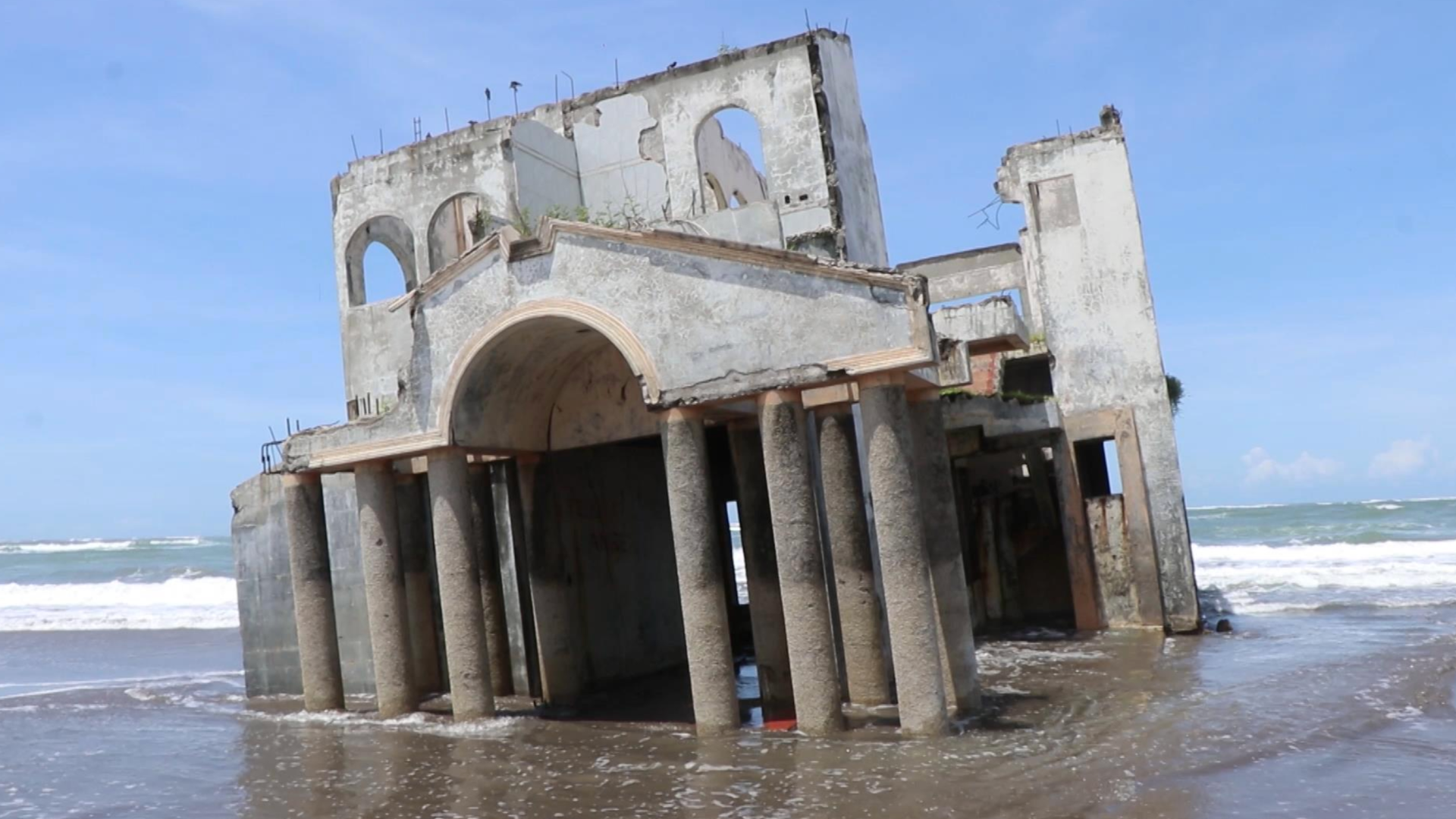 Some suspect the villa ended up in El Salvador due to the powerful Hurricane Mitch in 1998, which was notorious for its copious rainfall and 180 mph winds. (Cholopanzo)

Seashells, shark teeth and sand dollars are all things you expect to find when combing the beach. Beachgoers in Costa del Sol, El Salvador, discovered something different: the mysterious ruins of a villa that washed up on picturesque La Puntilla Beach.

Travelers began flocking to the site after a Salvadoran TikTok user, Cholopanza Vlogs, posted a clip of himself traveling to the villa ruins on the social platform in July 2021, as well as a much longer vlog on YouTube.

The abandoned villa, which has seen better days, rests where the waves meet the sand, with water flowing in and out of the ruins’ lower level as the tides shift.

Some suspect it ended up there courtesy of the powerful Hurricane Mitch, which was notorious for its copious rainfall and blamed for an estimated 11,000-19,000 fatalities, in 1998. The death toll numbers remain sketchy. One of the deadliest storms in history, the Category 5 storm, which initially headed for Nicaragua, caused $6.2 billion in damage, given its 180 mph winds. Mudslides swept away entire towns in Honduras and Nicaragua, which did not have weather radar or any digital means of alerting the public.

To this day, Hurricane Mitch remains the eighth-most-intense storm in the Atlantic and ranks fifth for highest winds.

Scientists concluded the “extensive damage in Honduras and Nicaragua was accentuated by several factors: the storm struck at the end of the rainy season when the soil was saturated, resulting in catastrophic flooding and landslides…,” according to Nature.

The villa may bear silent witness to the tragedy.

Tourists can climb the still-intact stairs to the building’s upper floor for a lovely view of the beach.

“It seems to me a very interesting tourist place, a place that many should come to visit,” said Julia Ramirez, a tourist who has seen the house many times with her friends.

Visitors have already left their mark on the house, which is covered in many sections with graffiti. Others have gone to the scenic ruins to take some unique photos with friends.

Details on how the villa ruins got on the beach are sketchy, with some theorizing that a strong ocean storm could have carried the edifice ashore. It is also possible that the ruins have been there for a long time, but guarded as a well-kept local secret.

Now, the eerie remains the mystery mansion have been shared with the world.