Two battalions of infantry with engineers were allegedly wiped out, according to independent analysts. 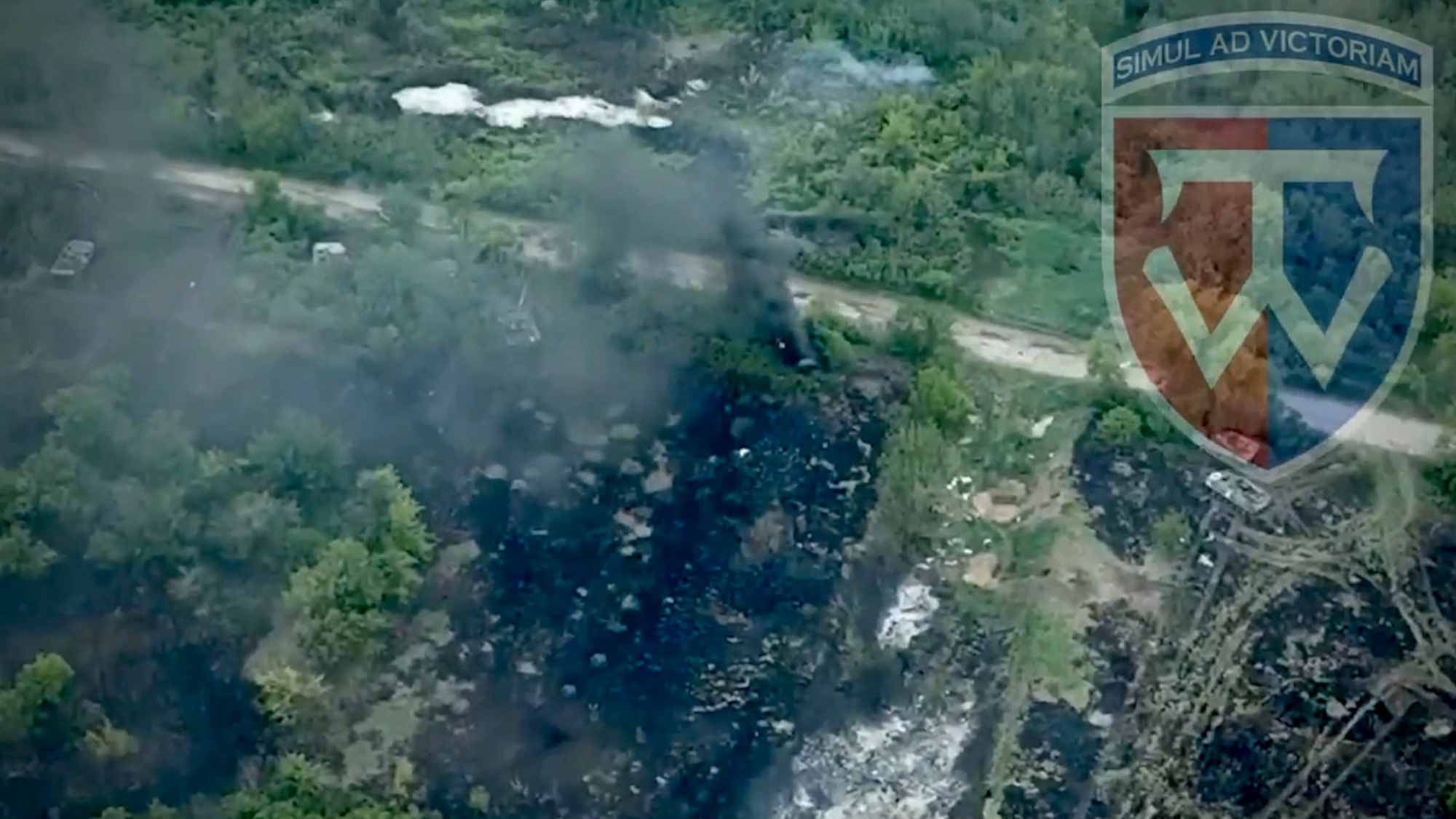 Russia lost more than 70 pieces of equipment while crossing the Seversky Donets river in May 2022. (@58OMPBr/Zenger).

The Russian army lost an astonishing 73 pieces of military equipment while trying – and failing – to cross a river in Ukraine.

This is the claim military analysts have been making since this drone footage – obtained by Zenger News from the 58th Independent Motorized Infantry Brigade (a formation of the Ukrainian Ground Forces) on Thursday, May 12 – emerged.

The Russian Armed Forces allegedly lost 73 pieces of equipment – including tanks and infantry fighting vehicles – while attempting to build pontoon bridges across the Seversky Donets river near the village of Bilohorivka in Luhansk Oblast.

Russian troops were picked off by Ukrainian forces as they tried to make the crossing with their equipment, which was similarly targeted.

Two battalions of infantry with engineers were allegedly wiped out, according to independent analysts.

They had allegedly been trying to cross the river for four days.

This information was later confirmed by the Luhansk Regional Military Administration head Serhii Haidai, who confirmed that “dozens” of troops had been killed and “about 70 units” of equipment destroyed.

The Ukrainian military said Russia’s biggest losses on May 12 were sustained in the Kurakhiv area.