Zenger News obtained the video from the 98th Battalion of Territorial Defence Azov-Dnipro on Friday, May 13.
By William McGee May 13, 2022
Facebook
Twitter
Linkedin
Email 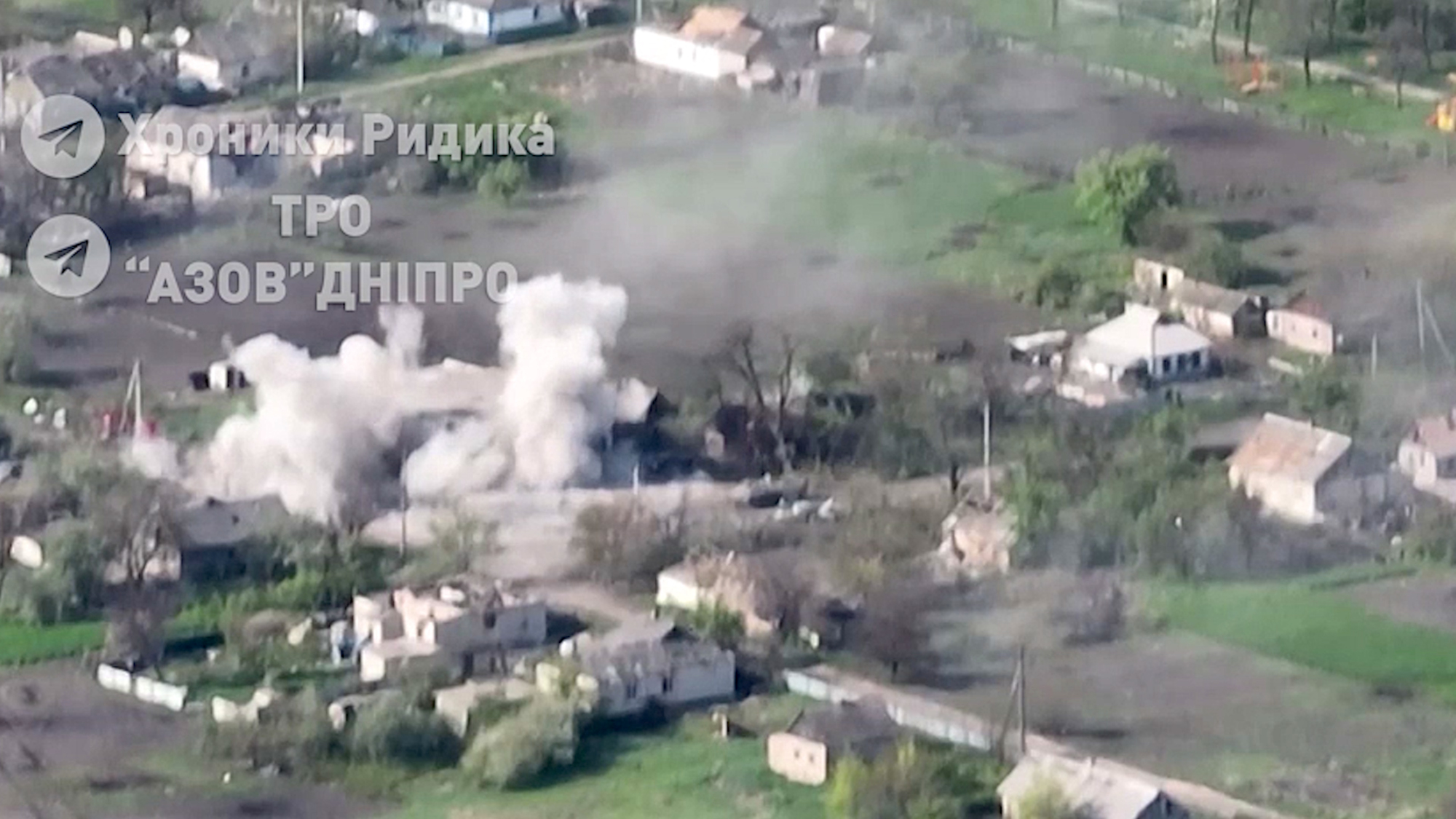 This footage purports to show a Russian command post going up in flames after repeated shelling from Ukrainian forces.

Zenger News obtained the video from the 98th Battalion of Territorial Defence Azov-Dnipro on Friday, May 13.

The footage shows a large building in the middle of what appears to be a rural and sparsely-populated residential area.

Plumes of smoke are seen erupting from the building, which resembles a warehouse, as it is apparently hit by shell after shell fired by Ukrainian forces.

Towards the end of the video, a fire can be seen raging in the building, which is seen giving off thick, black smoke.

And the clip ends with a still of the building appearing completely gutted after the fire is apparently extinguished.

Azov-Dnipro said (in Ukrainian): “The 98th Battalion of Territorial Defence Azov-Dnipro and tanks from the Armed Forces destroy the enemy in battle.

“The temporary command post of the occupiers from the Russian Federation, infantry, and ammunition were destroyed.

“Good view, respect to the tanks.”

Azov-Dnipro did not specify where in Ukraine the shelling took place, but the unit is currently deployed in the area of Orikhiv, Zaporizhzhia Oblast, close to the front line.