The incident was filmed in the community of Rodanthe on the Cape Hatteras National Seashore, on May 10.
By Darko Manevski May 13, 2022
Facebook
Twitter
Linkedin
Email 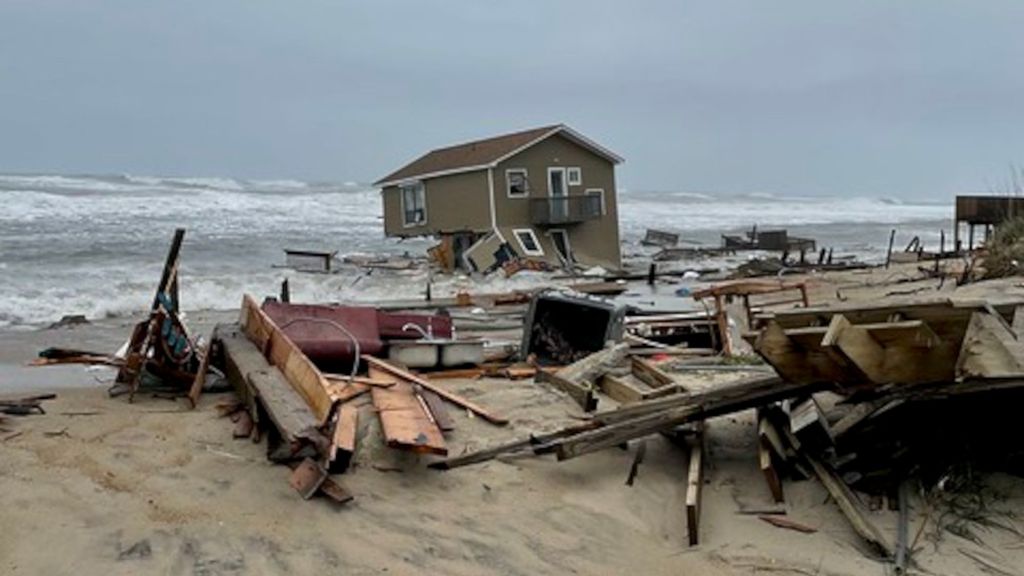 A house in Rodanthe, USA collapsed into the ocean on 10th April. (Cape Hatteras National Seashore/Zenger)

This is the moment North Carolina’s coastal home on stilts is swept into the sea. The impressive building floats on the water like a boat while being slowly destroyed by the merciless element.

The incident was filmed in the community of Rodanthe on the Cape Hatteras National Seashore, managed by the National Park Service and stretching over 70 miles, located in the US state of North Carolina, on May 10.

One video of the incident, shared on Facebook by Cape Hatteras National Seashore, has gone viral with 3.5 million views.

The authorities said on May 10: “Cape Hatteras National Seashore (Seashore) has confirmed that an unoccupied house at 24265 Ocean Drive, Rodanthe, NC collapsed this afternoon.

“This is the second unoccupied house collapse of the day at the Seashore.

“The beach near Ocean Drive is closed and law enforcement officials will close Ocean Drive shortly. Visitors are cautioned to stay away from the beach in this area.”

Commentators noted that it appeared the wind and waves were literally eating the sand away from underneath the house which then collapsed into the water and slowly floated away.

Debris from the two destroyed homes was widely scattered around the area, and the authorities said they will be working closely with the owners to organize the cleanup.

David Hallac, the spokesperson for National Parks of Eastern North Carolina, said: “Unfortunately, there may be more houses that collapse onto Seashore beaches in the near future.

“We proactively reached out to homeowners along Ocean Drive in Rodanthe after the first house collapse and recommended that actions be taken to prevent collapse and impacts to Cape Hatteras National Seashore.”

North Carolina’s coastline is home to many expensive holiday homes, and experts say many have been built in unsuitable places that are vulnerable to storm surges and extreme weather conditions.

It’s not the first time that homes in the area have also collapsed and in fact a few months ago in February this year, another house on Ocean Drive also fell into the water.

It also had an environmental cost with wreckage from the destroyed home ending up scattered across many miles of nearby beaches that they needed to be cleaned up by the park service.

Small amounts of debris are reportedly still being found from that which will now be joined by debris from the latest collapse.