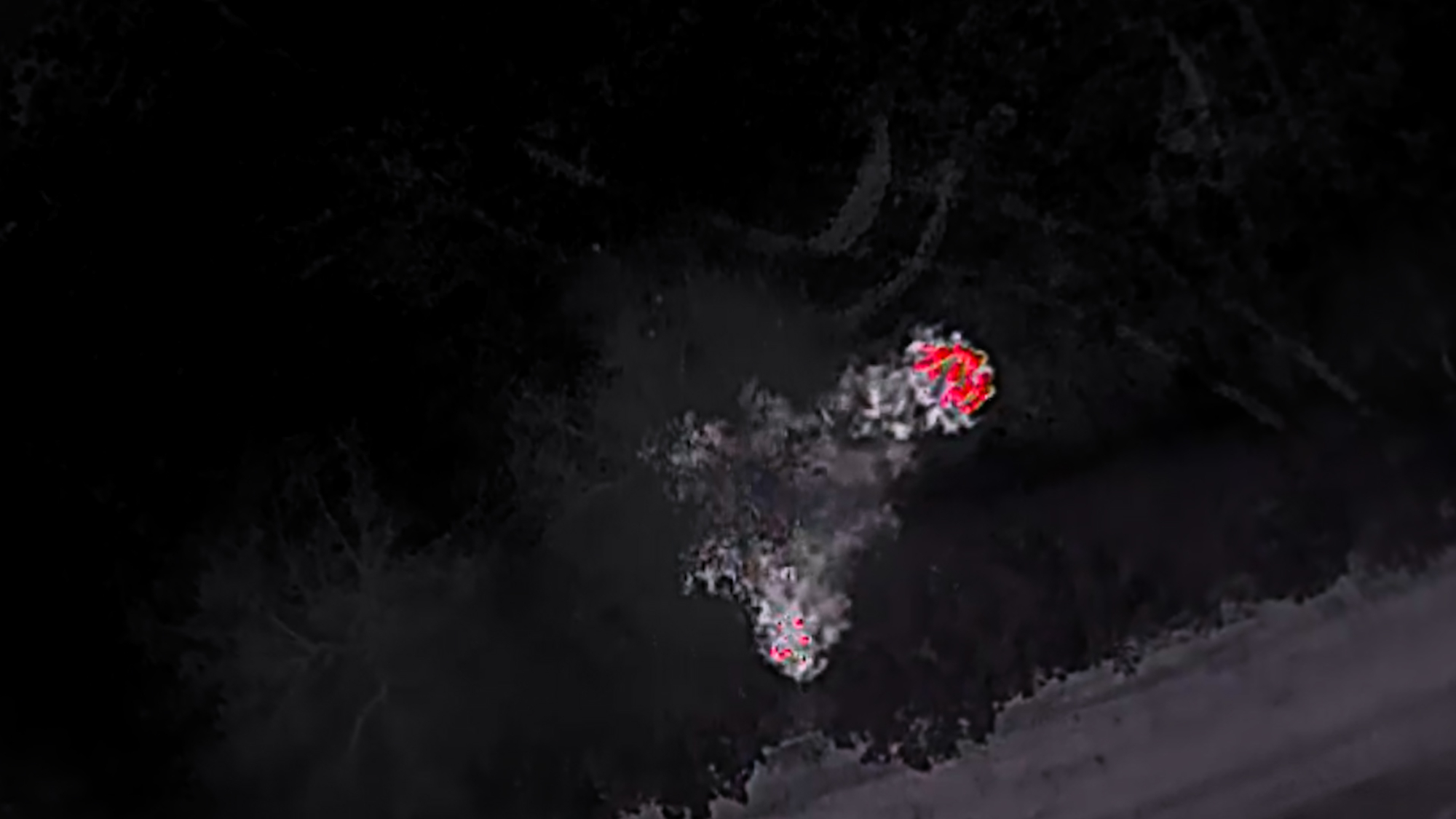 A Russian command post was reduced to rubble in a bombing blitz by Ukrainian marines.

Video footage of the strike by the naval unit on May 11 shows bombs being released over a target, said to be a Russian base.

As they tumble to the ground a series of massive explosions rip through the buildings below.

In a grim joke, Ukrainian military leaders described the bombs as “letters of happiness.”

The Navy of the Armed Forces of Ukraine said on May 11: “Marines continue to dispose of Russian fascist evil.

“In particular, fighters from the 503rd Separate Battalion of Marines sent ‘letters of happiness’ to tear the orcs away from their ‘joy’.

“Burn the invaders in hell! Glory to the Marines! Glory to Ukraine!”