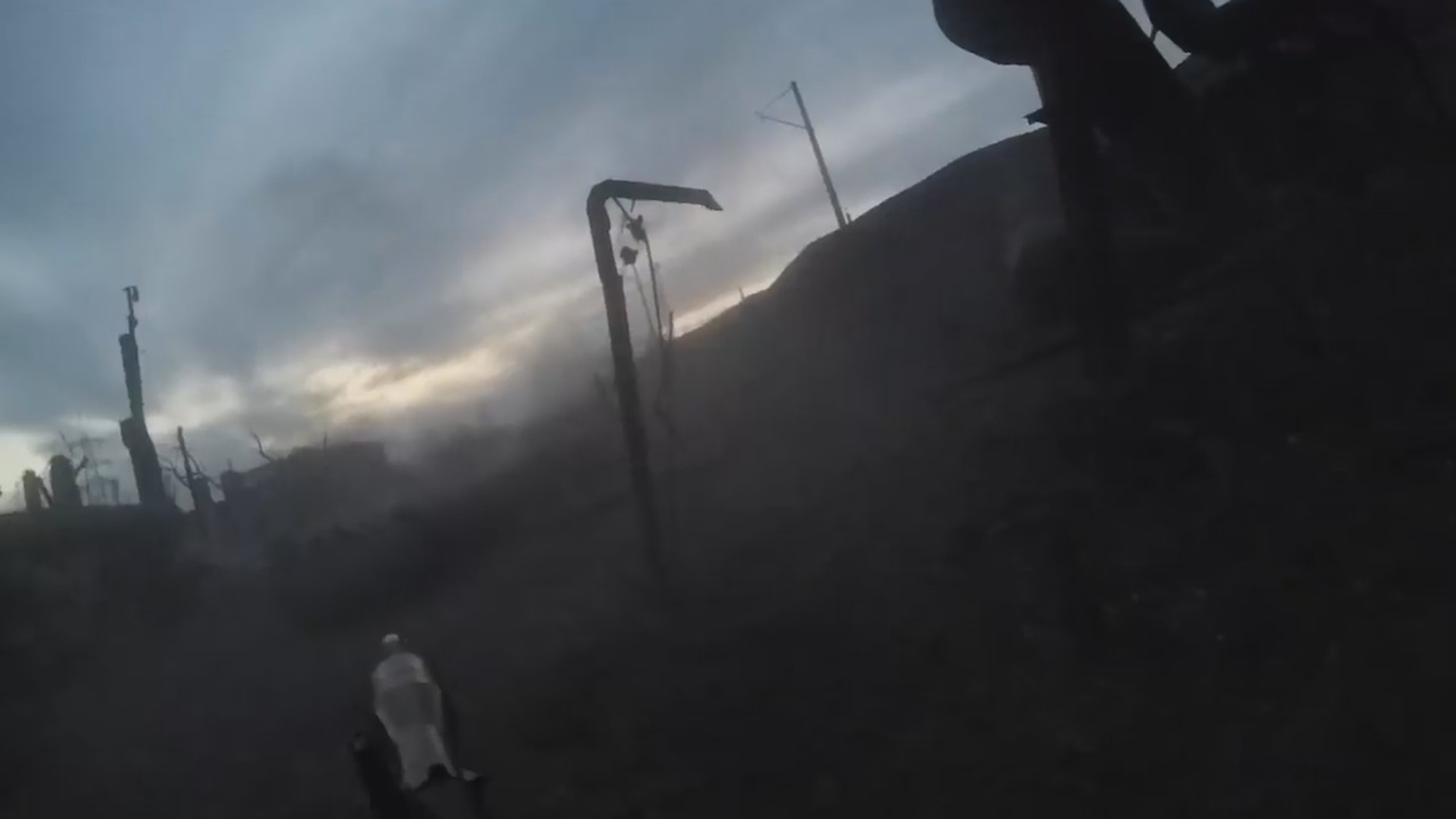 On the 78th day of the full-scale war, in conditions of complete encirclement, despite lack of ammunition and a large number of wounded, the fighters of the Azov Regiment continue to fight at the Azovstal plant, in Mariupol, Ukraine. (AZOV media/Zenger)

This is the first-person footage of Ukrainian fighters engaging in a shootout with Russian invaders in the Azovstal plant.

Russian troops stormed the city on April 19 and destroyed large areas. However, pockets of organized resistance fighters remain at the plant, refusing to surrender to the invaders’ demands.

The battalion said on May 12: “The Azov Regiment is doing the impossible. On the 78th day of the full-scale war, despite the extremely difficult situation, lack of ammunition, and a large number of wounded, fighters of the Azov Regiment continue to knock out the enemy from previously occupied positions at Azovstal.”

On Thursday, the Ukrainian military said “a traitor” told the Russian forces about their network of tunnels in the plant, leading to the enemy storming their positions this week.

The Ukrainian Centre for Strategic Communications said on May 12: “Yesterday, the enemy did not shy away from an attempt to storm the grounds. Our main goal is to block the exits of the system of underground tunnels, which the enemy was shown by a traitor.

“Despite this, our Defenders of Mariupol are trying to counterattack, risking everything,” said Petro Andryushchenko, adviser to the mayor.”

Russian troops invaded Ukraine on February 24 in what the Kremlin is still calling a “special military operation”. Friday, May 13 marks the 79th day of the campaign.

From February 24 to May 24, the total combat losses of Russian troops stand at around 26,650 personnel, according to the General Staff of the Armed Forces of Ukraine.