Russian troops launch a missile from a ship and destroy an oil refinery supplying the Ukrainian forces. 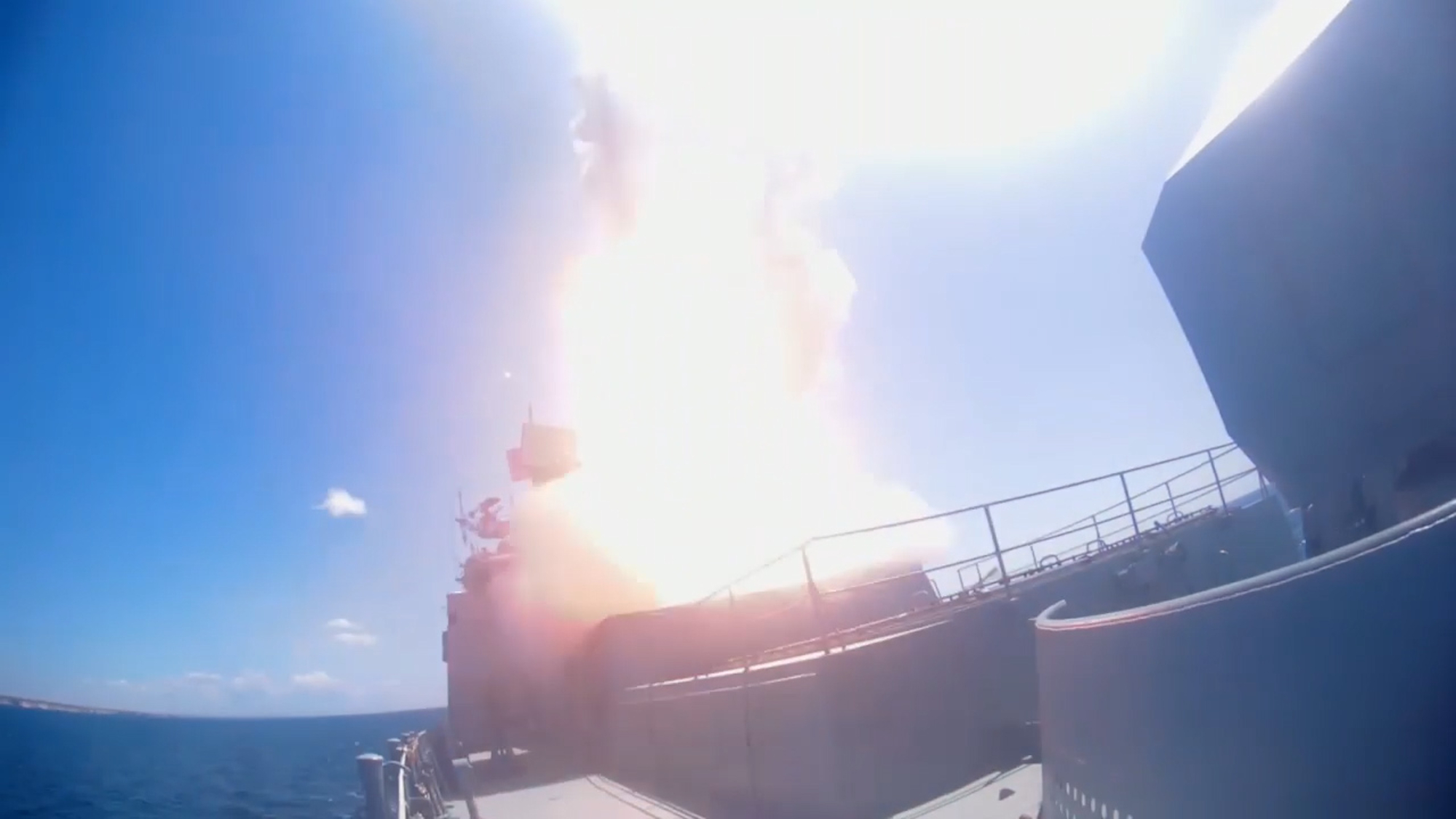 Russian high-precision, long-range sea- and air-based weapons have hit Ukrainian production facilities and manpower in May 2022. (Ministry of Defense of Russia/Zenger)

This is the moment Russian troops launch a missile from a ship and destroy an oil refinery supplying the Ukrainian forces.

The Russian Ministry of Defense (MoD) said on May 13: “High-precision, long-range sea- and air-based weapons on the northern outskirts Kremenchug, Poltava region, have destroyed the production facilities of an oil refinery and tankers with petrol and diesel fuel intended to supply the Ukrainian forces’ military equipment.”

In the footage, a missile is seen being launched from a Russian ship.

The scene then shifts to an overhead shot of a building, apparently a missile strike.

“2 Ukrainian Smerch multiple-launch rockets have also been shot down over Topolskoe, Kharkov Region.

“In total, 165 Ukrainian aircraft and 125 helicopters, 842 unmanned aerial vehicles, 304 anti-aircraft missile systems, 3,032 tanks and other armored combat vehicles, 368 multiple launch rocket systems, 1,491 field artillery and mortars, as well as 2,869 units of special military vehicles have been destroyed during the operation.”

Meanwhile, the total combat losses of Russian troops stand at around 26,900 personnel, according to the General Staff of the Armed Forces of Ukraine.

Russian troops invaded Ukraine on February 24 in what the Kremlin is still calling a “special military operation.” Today marks the 79th day of the campaign.