VIDEO: Mom-believeable: Twins Surprise Stepmom On Mother’s Day By Asking Her To Adopt Them

Pete met Becky in 2010 whilst working in the restaurant industry. 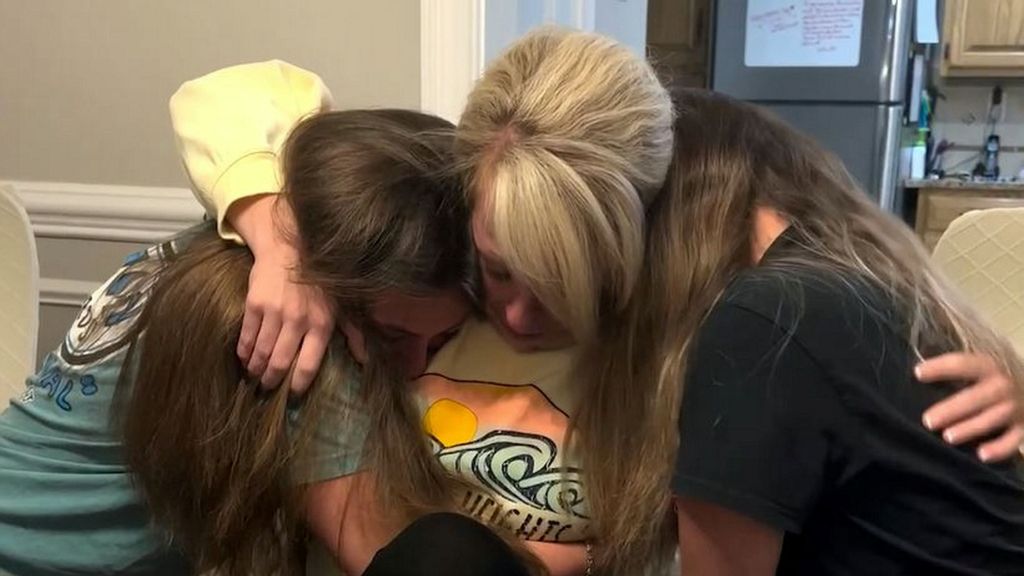 Identical twins asked their stepmom of 12 years to legally adopt them in a special surprise on Mother's Day. (Pete Ruvolo/Zenger)

Identical twins asked their stepmom of 12 years to legally adopt them in a special surprise on Mother’s Day.

Julianna and Gabriella Ruvolo, 20, immediately felt a connection with stepmom Becky, 37, when their dad, Pete, 50, introduced them to her over a decade ago.

Pete met Becky in 2010 whilst working in the restaurant industry, and the two began dating soon after.

A few months later, Pete introduced Becky to his then-eight-year-old twin daughters, who were excited to meet their dad’s new girlfriend.

But the trio got on famously, and soon Julianna and Gabriella began calling Becky ‘mum’.

The twins now have two brothers, Carmine, seven, and Salvatore, three, and the family of six live happily in Middletown, New Jersey, US, with their two dogs, Sonny and Phoebe.

Pete married Becky in 2013, and since then their family bond has gone from strength to strength.

And, as a special surprise for Becky on Mother’s Day, the twins decided it was the perfect time to ask her to legally adopt them.

In the video, Gabriella and Julianna can be seen presenting Becky with a photo album full of cherished memories they have with her.

The book includes photos from countless holidays and family outings over the years, and on the final page it reads ‘Mum, Will you adopt us?’.

Upon reading the message, Becky is overwhelmed with emotion as she pulls the twins in for a warm embrace.

Becky, a stay-at-home mom, said: “It was the best gift a mom could ask for and I can’t put into words how special that moment was for me.

“It’s all I’ve ever wanted for as long as I can remember, but I wanted to let the girls make the decision by themselves, in their own time.

“We are now undergoing the formal adoption process, and I couldn’t be happier about it.

“The video is something we’ll cherish forever and we’re so excited that we get to share it with the world.”

Julianna said: “It was a natural transition from calling her Becky to mom, because our feelings for each other were so genuine.

“We’d been planning to ask her to adopt us for years, but wanted to wait until we were adults to make the decision independently.”

The video was filmed on May 8.